Light is a versatile tool. In manufacturing applications, laser beams can replace conventional mechanical machine tools for boring, cutting or even welding. They make the machining of materials fast, cost efficient and, above all, precise. But how can the highest precision with maximum productivity be achieved with ultrashort laser pulses? 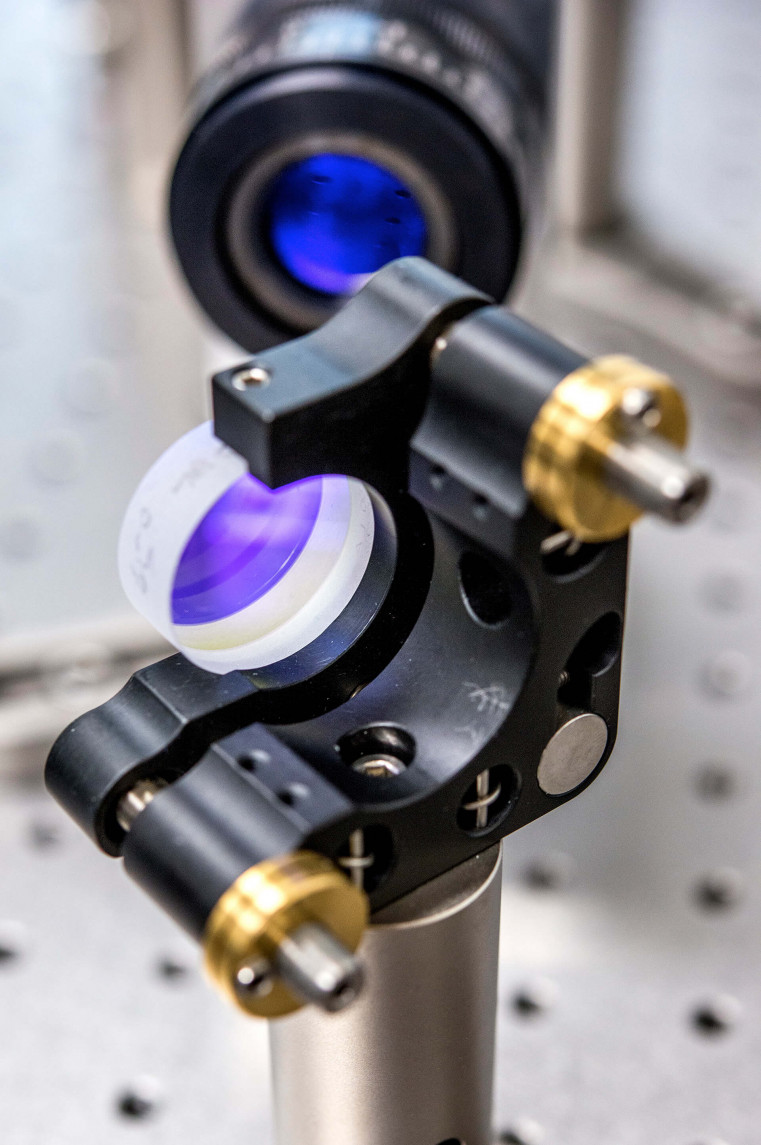 Dr. Jens König, Dr. Dirk Sutter and Prof. Dr. Stefan Nolte have mastered this challenge: they developed ultrashort laser pulses for industrial applications. These lasers emit light in the form of high-energy laser pulses no more than a billionth of a second in duration. They have thus paved the way for the very precise manufacture of minute structures – and for the industrial production of innovative products. Jens König is group leader for laser material processing and joining technology in the Research and Preliminary Development division of Robert Bosch GmbH in Schwieberdingen. Dirk Sutter heads Research and Development of ultrashort laser pulses at TRUMPF Laser GmbH + Co. KG in Schramberg. Stefan Nolte is a professor at the Institute of Applied Physics at the Friedrich Schiller University of Jena as well as at the Fraunhofer Institute of Applied Optics and Precision Mechanics in Jena. 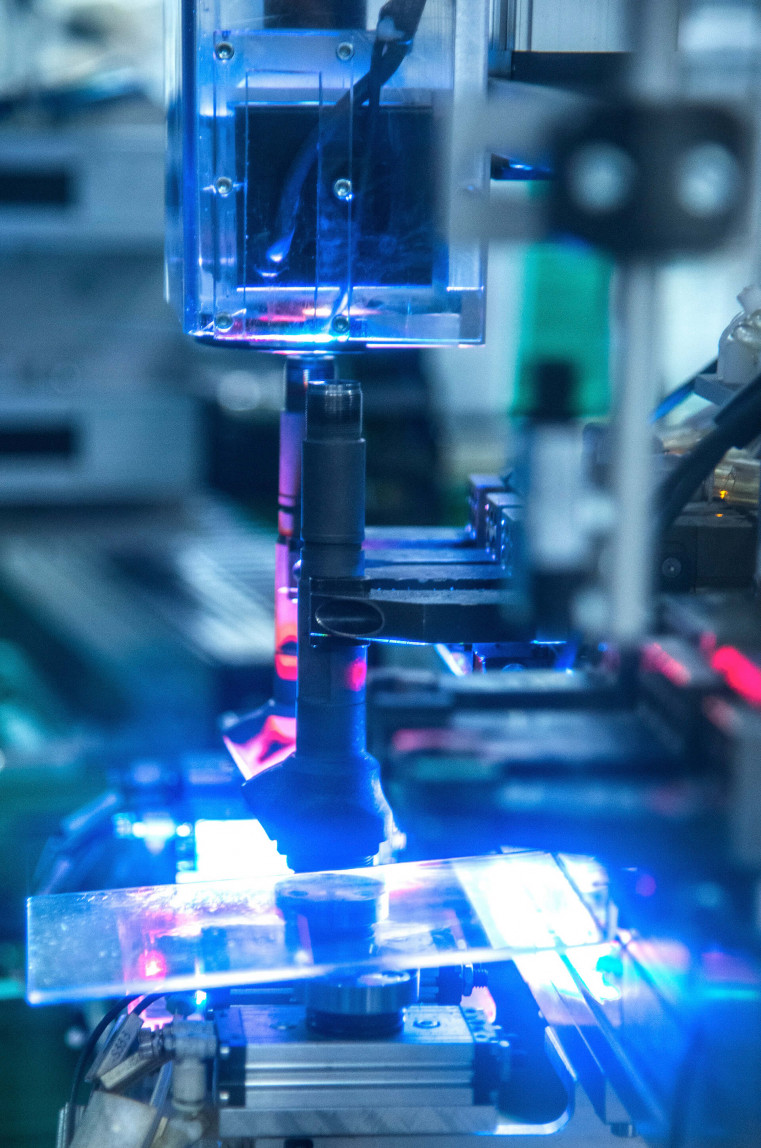 Lasers are excellent for applications involving the cutting and joining of different materials, such as metal, glass or plastic. The intense focus of the laser beam has its advantages over conventional tools: there is no point of contact between the ‘tool’ and workpiece, the laser is not susceptible to wear, work pieces are not subjected to as much heat or mechanical strain. Laser processing always maintains the same level of quality, even for the smallest structures. Multi kilowatt lasers are used in the machining of sheet metal no more than several millimetres thick. They can no longer be used where higher level of precision is required, for example, for bores with a diameter of 50 micrometers or less. The amount of energy required to remove the material would always lead to the material’s melting. Since melting is difficult to control technically, inaccuracies can result: burr, sagging or bulging. The surrounding material is also subjected to greater strain due to heat, and reworking is frequently required.

These difficulties can be avoided by using ultrashort laser pulsess. Since their light pulses are only a few piko or femto seconds long (a billionth or trillionth of seconds), but of extremely high energy, the impact of the laser beam on the material is highly concentrated.

The result: the material subjected to this kind of laser pulse evaporates without melting. Material is removed precisely and only where desired - micrometer for micrometer. This “cold” machining prevents unwanted effects and means extremely precise machining in very small spaces is possible. Complicated and expensive reworking of products is unnecessary.

Stefan Nolte with his research into the fundamental physical effects has laid the scientific basis for use of the ultrashort laser pulses in material processing. Dirk Sutter and his team developed the world’s first and to date most powerful ultrashort laser pulse for industrial applications. Jens König and his colleagues at Bosch have researched the specific requirements and together with TRUMPF have defined the laser’s specifications to cover every aspect of material processing. Bosch also designed the system technology for reliable industrial manufacturing of numerous products – for example fuel injectors for engines with extremely fine nozzle injection holes. Ultrashort laser pulses from Trumpf are also used in vast numbers in the production of today’s smart phones, and in the manufacture of stents – medical implants used to keep arteries the body open – made of easy to tolerate and bio-absorbable polymers. Many other applications are already in use or are soon to be used in industrial applications. 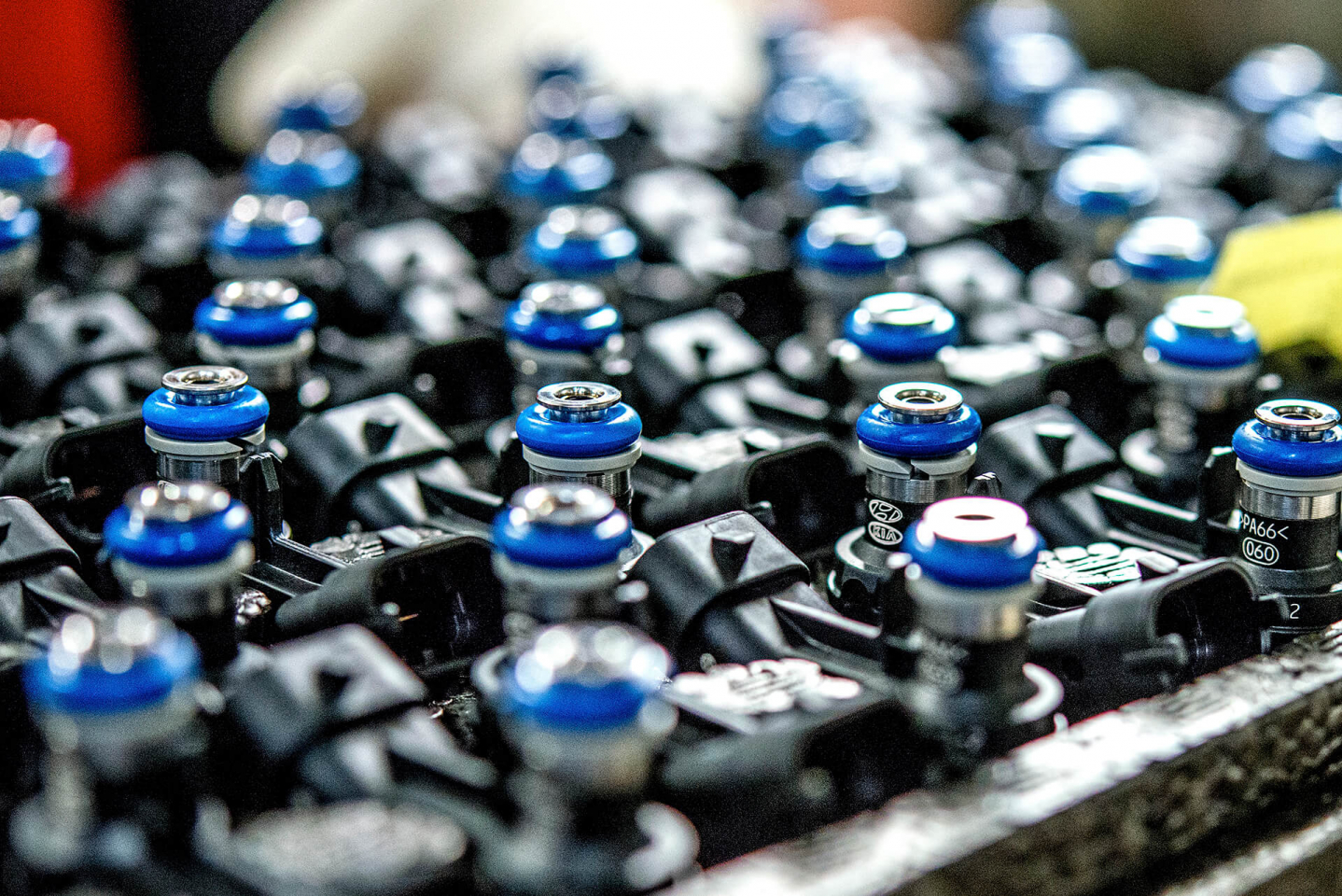 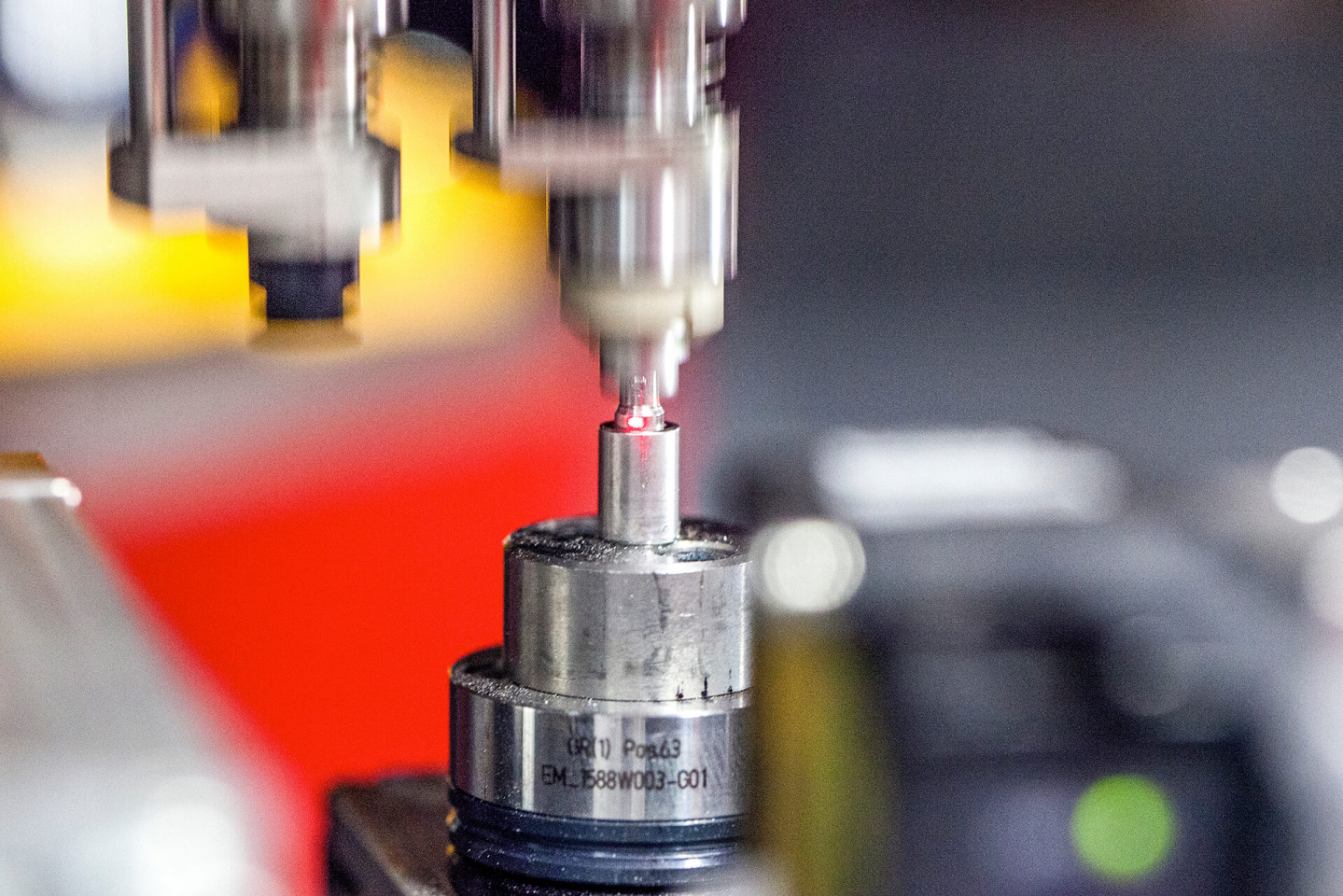 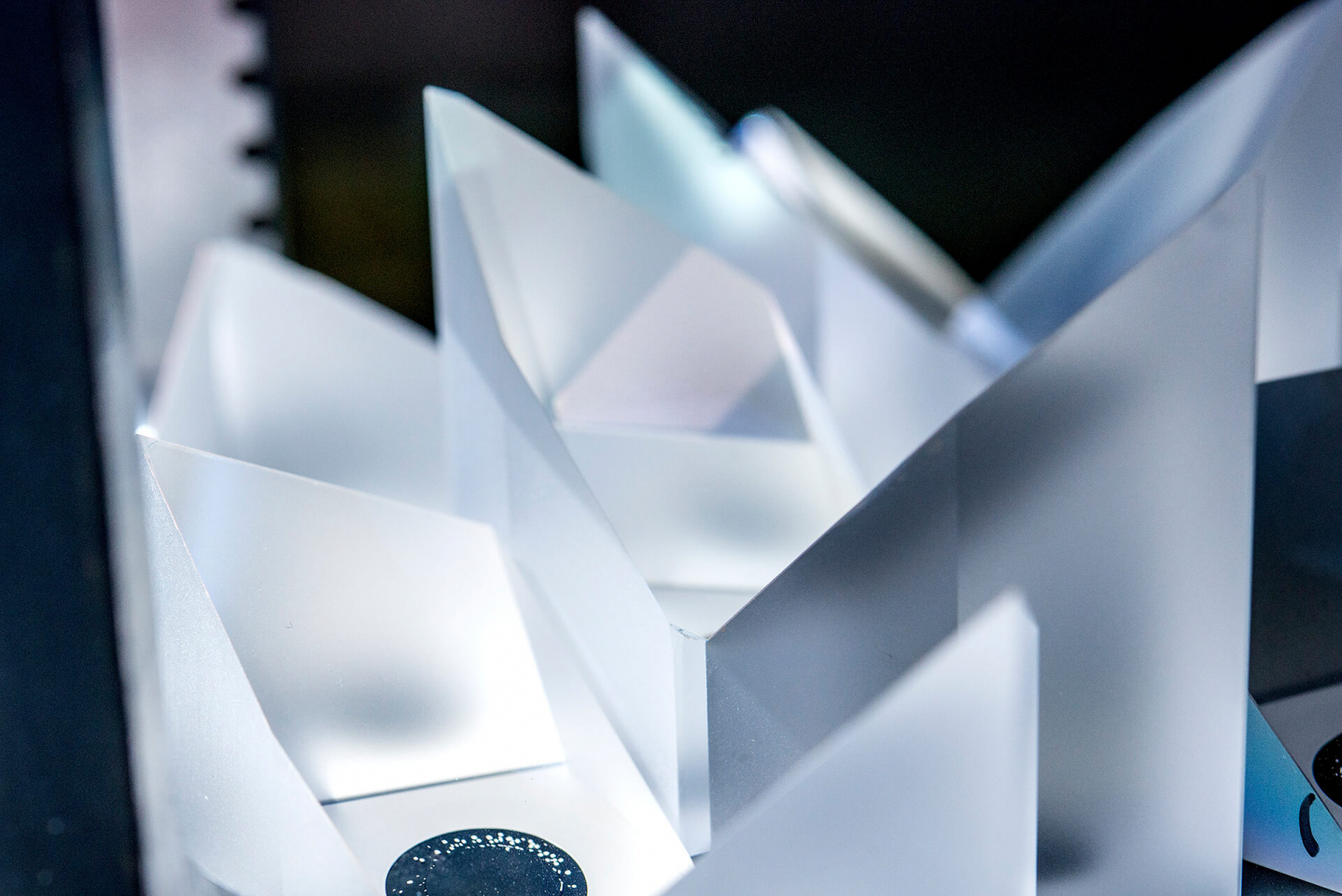 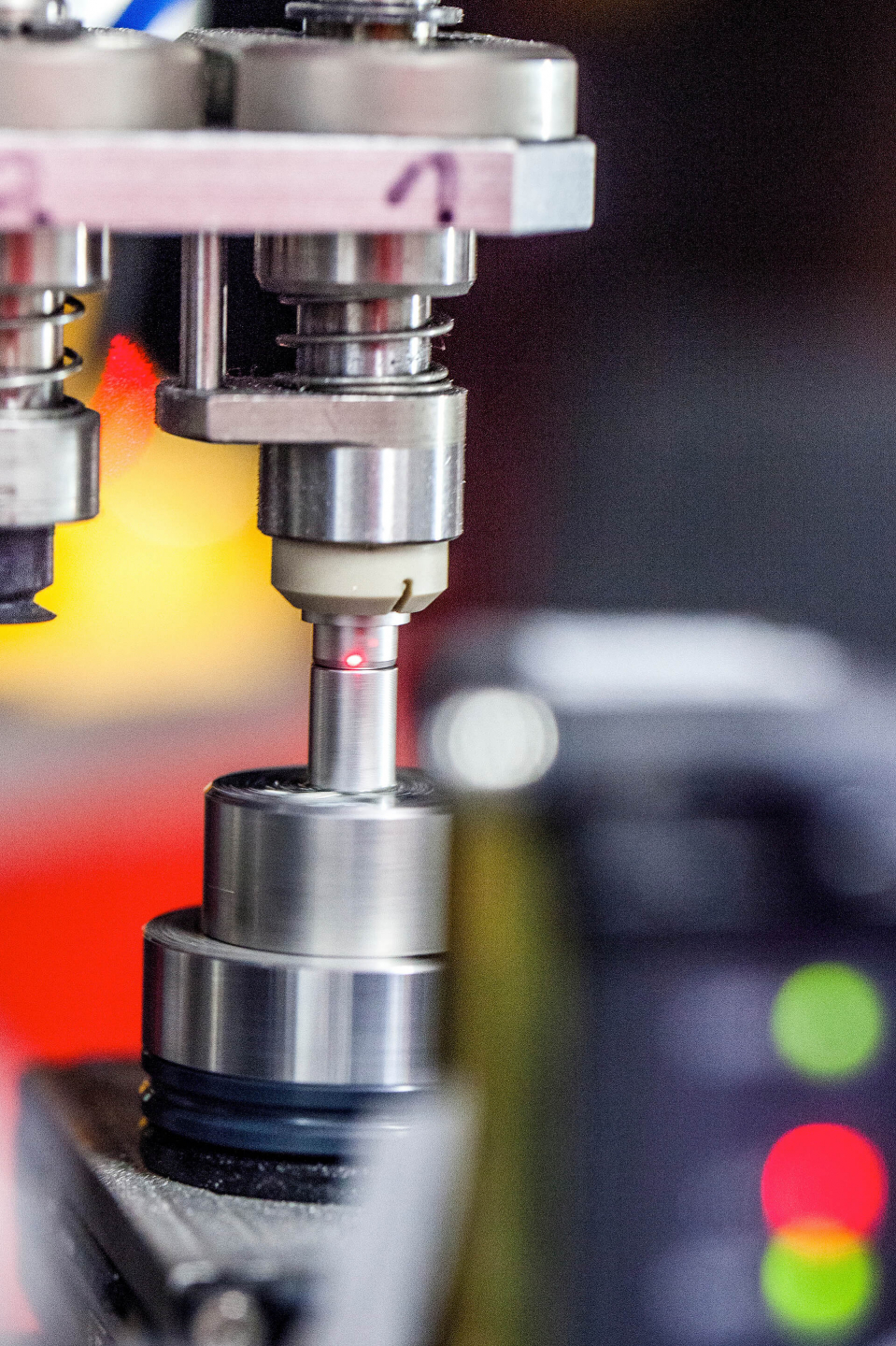 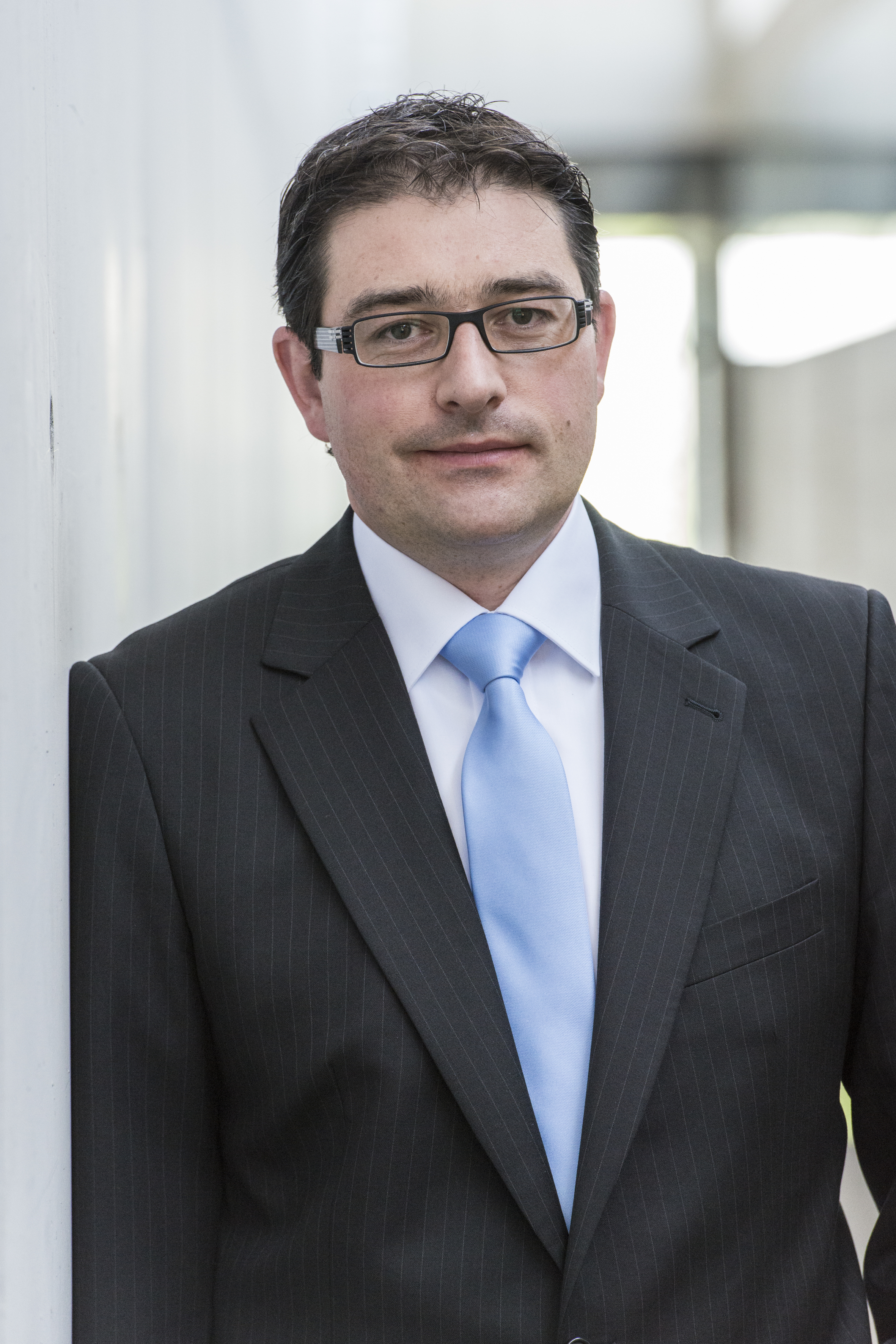 The joint efforts of Bosch, TRUMPF, and the University of Jena have brought ultrashort laser pulses out of the research laboratory and into the factory, as a tool for mass production. The concentrated power of the laser allows any material to be processed quickly, precisely, and economically, and this on a mass scale. The basic research, development, and production all happened in Germany, and Germany will also profit from the new jobs and economic benefit this innovation creates.

For many industries, this highly precise method paves the way for new products that were previously difficult or even impossible to manufacture. A number of these products are already in the market, including fuel-saving engines and heating systems and, in the medical field, better tolerated implants. It also offers practically the only solution for cutting the ever thinner and tougher glass required for smartphone screens. Ultrashort pulse lasers are the answer to some of the key challenges in manufacturing engineering, and enhance competitiveness especially in high-wage countries. And in the long run, it benefits the machine tool industry, which is an important pillar of the German economy.

In a joint research effort, a tenacious trio have made the ultrashort pulse laser into a robust, reliable tool for use in machine shops. Some of the groundwork for this was also done in the PRIMUS and PROMPTUS projects supported by the German Federal Ministry of Education and Research. Professor Stefan Nolte works at the University of Jena and at the Fraunhofer Institute for Applied Optics and Precision Mechanics. He did the scientific groundwork for the use of high-energy, ultrashort laser pulses to process nearly every kind of material. As the innovation leader for industrial lasers, TRUMPF gave Dr. Dirk Sutter the task of making ultrashort pulse laser technology ready for industrial use. Today, the company supplies the market’s highest-performance ultrashort pulse laser for industrial applications. Based on studies by Dr. Jens König on the use of laser microprocessing in production, Bosch now uses the power of the laser in industrial series production. In manufacturing machinery and systems developed in-house, this power is applied in fine doses. More than 20 million products have been made in this way, and are now being used by customers. In recognition of this work, all three men – Nolte, Sutter, and König – have been jointly nominated for the Future Prize (the German federal president’s award for innovation and advanced technology).

The technology
If a conventional laser beam is projected onto a material such as metal, the metal heats up, melts, and partly evaporates. However, it is very difficult to control the behavior of molten materials. Frequently, unevenness can arise, or burrs when the molten material hardens again. The result is a reduction in precision. In addition, heating may lead to stress in the material. For this reason as well, tolerances cannot be complied with. The result is a need for reworking, which costs time and money. Ultra-hard materials, such as diamond and sapphire, cannot be processed in this way at all.

The solution to this problem is ultrashort pulse lasers. By skillfully selecting the right pulse duration and energy, and by focusing the laser correctly, the material is irradiated so quickly and powerfully that it sublimates (i.e. it evaporates without melting). The ablated material is sucked away before it can become deposited on the part again. This allows extremely intricate structures to be cut into areas measuring just a few microns across. To achieve this, a proprietary system of mirrors directs hundreds of thousands of laser pulses per second to the right spot.

One great advantage of this method is that the material is not heated, despite the highly concentrated energy of the laser. In this context, engineers speak of “cold processing.” One striking example is a match head that can have extremely fine structures engraved on it without bursting into flame. In industrial production at Bosch, specially designed manufacturing machinery and systems focus laser beams onto tiny components, forming thousands of microscopically small holes. The surrounding material is not fatigued and does not become brittle. In such an application, heat spreads just 10 nanometers (ten millionths of a millimeter) into the surrounding material.

Encouraging prospects
Bosch has mastered the art of controlling laser power in the best possible way for the task at hand. Once it has been adjusted, the focused beam performs its task extremely quickly. By 2012, 20 million components made on specially developed production lines had been delivered to customers, and this number will continue to rise. This is how the extremely fine nozzles in gasoline direct injection systems are formed, for example – nozzles that help reduce fuel consumption by as much as 20 percent. In addition, Bosch is researching ways of using this manufacturing technique to create new or improved functions for products, and is filing patents for them.

At TRUMPF, ultrashort pulse laser systems are an important driver of growth. Hundreds of them are already in industrial use. This is no coincidence. The core of these systems is a thin crystal wafer. It allows an extremely high maximum performance, excellent beam quality, and scalability. And the stability of the laser pulses makes a patented control loop possible, which ensures that only the preset amount of energy is applied to the part being processed. This innovative and robust wafer-laser concept clearly impresses customers as well. The first bulk order for 100-watt ultrashort pulse lasers has been placed, and more will follow.

Other applications
Applications for ultrashort pulse lasers are being developed by the automotive, semiconductor, capital goods, photovoltaics, and electrical engineering industries, to name just a few. These lasers can be used, for example, to cut silicon wafers into individual chips, or to drill and cut plastic printed circuit boards. However, there is still no way of knowing just how many areas of application will exist for this new tool in the years ahead.

Bosch
The Bosch Group is a leading global supplier of technology and services. In 2012, its roughly 306,000 associates generated sales of 52.5 billion euros. Since the beginning of 2013, its operations have been divided into four business sectors: Automotive Technology, Industrial Technology, Consumer Goods, and Energy and Building Technology. The Bosch Group comprises Robert Bosch GmbH and its more than 360 subsidiaries and regional companies in some 50 countries. If its sales and service partners are included, then Bosch is represented in roughly 150 countries. This worldwide development, manufacturing, and sales network is the foundation for further growth. Bosch spent some 4.8 billion euros for research and development in 2012, and applied for over 4,800 patents worldwide. The Bosch Group’s products and services are designed to fascinate, and to improve the quality of life by providing solutions which are both innovative and beneficial. In this way, the company offers technology worldwide that is “Invented for life.”

TRUMPF
TRUMPF is a leading global technology company with Machine Tools, Laser Technology, Electronics and Medical Technology as its business fields. Products manufactured with the company's technology can be found in almost every sector of industry. TRUMPF is the world technological and market leader for machine tools used in flexible sheet metal processing, and also for industrial lasers. In 2012/13 the company – which has approximately 9,900 employees – achieved sales of 2.35 billion euros. With around 60 subsidiaries and branches, the TRUMPF Group is represented in almost all the countries of Europe, North and South America, and Asia. It has production facilities in Germany, China, France, Great Britain, Japan, Mexico, Austria, Poland, Switzerland, Singapore, the Czech Republic and the USA.

Friedrich Schiller University of Jena
The Friedrich Schiller University of Jena is the only fully-fledged university in the German federal state of Thuringia. Established in 1558, it today offers a wide choice of nearly 200 subjects and courses of study. More than 20,000 students are registered at the University of Jena, and they frequently attest to the good conditions for study there. The University of Jena is an especially vibrant research hub, especially in its focus areas, which are structured under the slogan “Light – Life – Liberty.” It traditionally encourages an interdisciplinary style of work, as well as close networking with extramural research institutes and industry. The University of Jena especially encourages young scientific talent. Its postgraduate academy, which is recognized as exemplary, works to the highest standards and aims to provide the best possible qualifications. The university’s international orientation is underscored by its more than 120 cooperation agreements with universities across the globe. 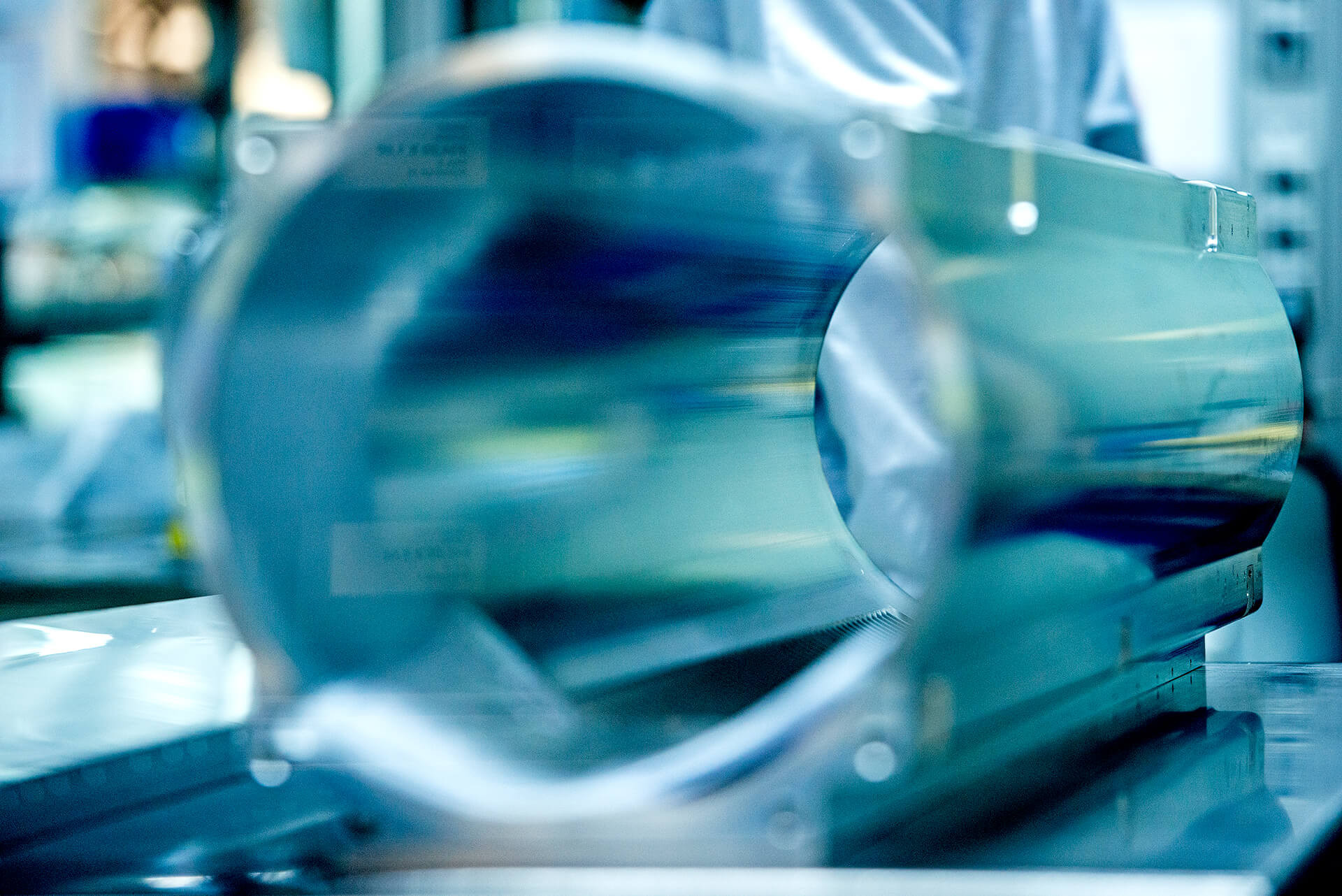