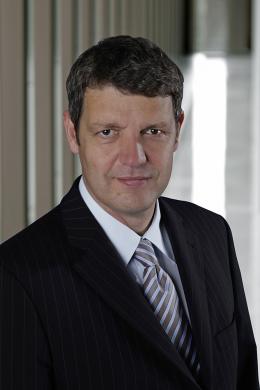 Chairman of the Board of Directors of the Heinz Nixdorf Foundation

“In 1995, former Federal President Prof. Dr. Roman Herzog proposed creating a German Prize for Innovation during an interview for a newspaper. After speaking to Dr. Gerhard Schmidt, the late Chairman of the Heinz Nixdorf Foundation, who passed away in 2009 and securing our sponsorship commitment, the Stifterverband für die Deutsche Wissenschaft (Endowment Association for Sciences and Humanities) and other financial sponsors were convinced to take part in turning this project into a reality.

The Heinz Nixdorf Foundation feels particularly connected to this Deutsche Zukunftspreis, the Federal Presidents Award for Innovation and Technology, since, in addition to many other goals stated in the articles of incorporation - originating from the founder Heinz Nixdorf, a considerable trailblazer in particular in information and communications technology - it primarily supports science and training in important divisions of our communications company; this includes, among other things, the Heinz Nixdorf Institute and the Heinz Nixdorf MuseumsForum in Paderborn, which is the largest computer museum in the world and at the same time serves as a conference center that hosts a variety of events.

The over 20 years of successful collaboration with the Office of the Federal President and the Stifterverband für die Deutsche Wirtschaft, we are pleased to say that our expectations for advancements in the areas of technology and innovation have been met to our utmost satisfaction.”