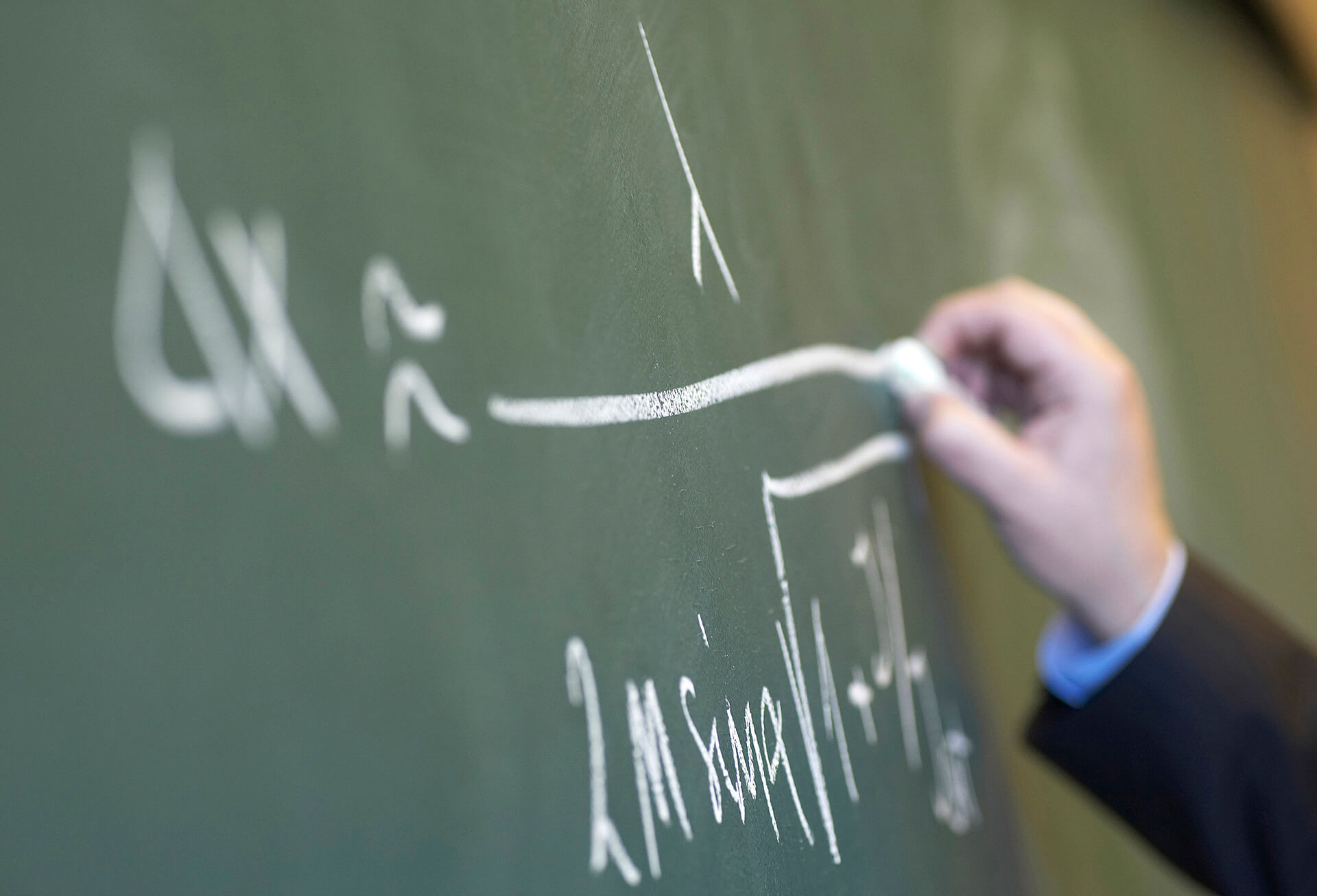 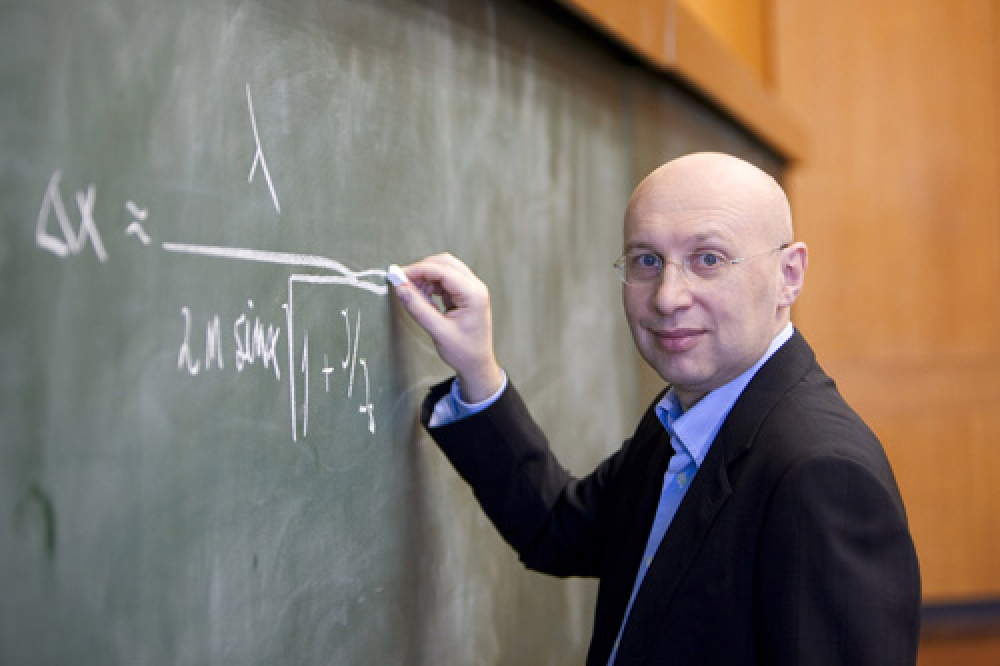 There are constraints on our view of the microscopic world through light microscopes due to a physical limitation. Yet is it perhaps possible to trick Nature and work around this limit? 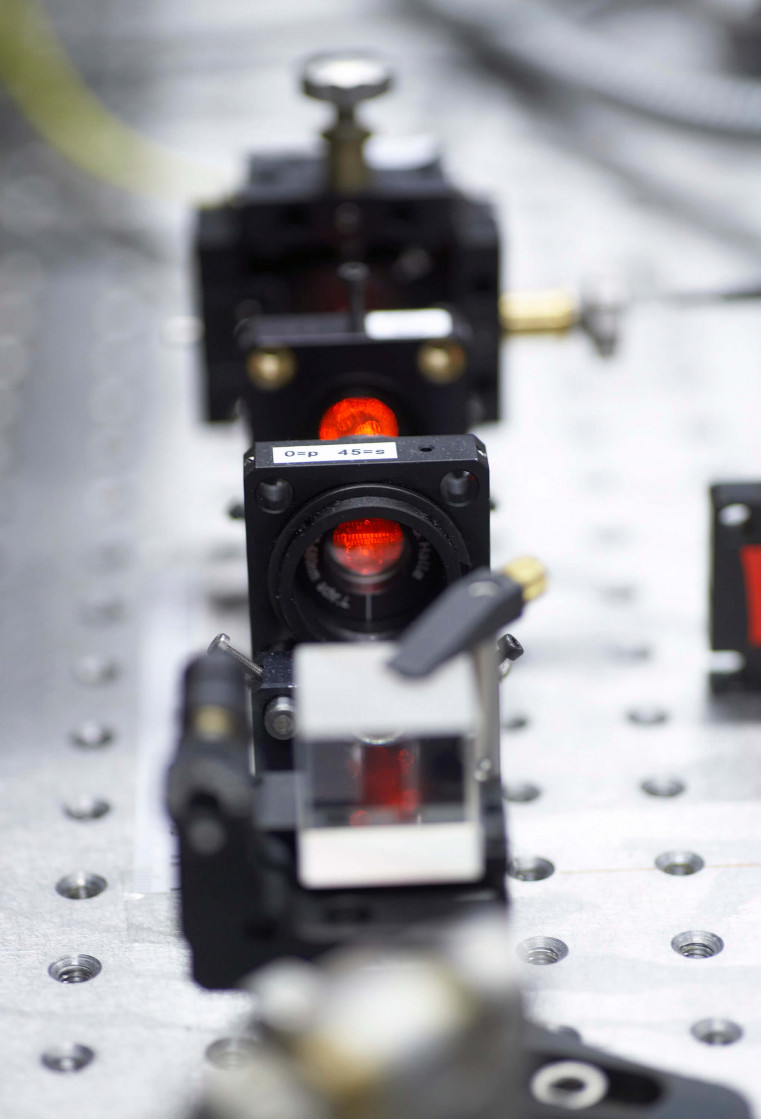 Stefan W. Hell has effectively found a way to make smaller structures visible using a light microscope than is actually possible according to the laws of physics. Stefan W. Hell is Director of the Max Planck Institute for Biophysical Chemistry in Göttingen. 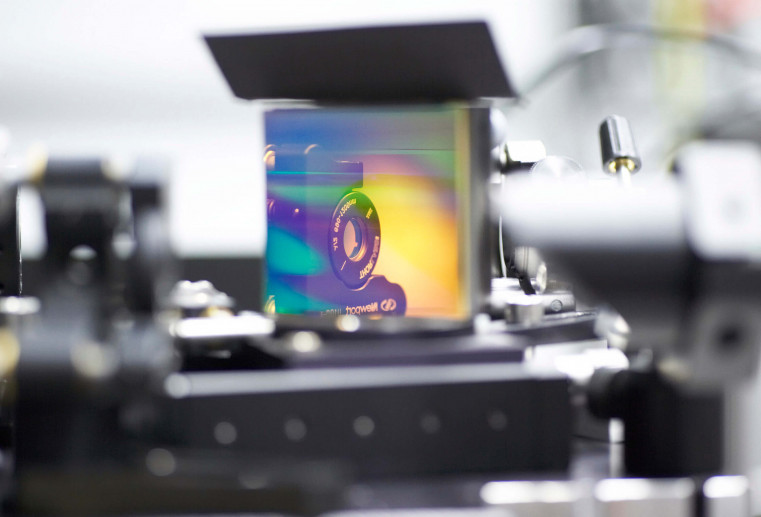 A valuable instrument for cancer research
To be able to treat a disease like cancer effectively, it is first necessary to know how it affects the body. Researchers usually use a fluorescence microscope, a light microscope that renders the distribution of proteins in a cell visible to the eye. Proteins are marked with marker molecules and illuminated, causing the marker molecules to take on a fluorescent glow: they emit colored light, indicating where which proteins are present.

Yet the potentialities of this method are limited: when the distance between proteins is very small, they cannot be distinguished. Since light propagates as a wave, which is deflected by objects, under a light microscope it is only possible to recognize details that are at least a half wavelength – around 200 nanometers – apart. This phenomenon was discovered by German physicist Ernst Abbe in 1873. To date, a higher resolution has only been achieved with electron or scanning probe microscopes which cannot be used to look inside living cells.

Superimposition of a ring-shaped spot
Stefan W. Hell became the first person to overcome the Abbe Limit using a Stimulated Emission Depletion (STED) microscope. Its resolution is not limited by the light wavelength, but only by the technology. The special technique: a ring-shaped spot is superimposed onto the round spot of light used to illuminate a cell, which has an opposite effect on the marker molecules. While the light in the round focal spot excites the fluorescent glow, the light in the ring-shaped spot suppresses the fluorescence. The result: only the markers of proteins in the small space in the middle of the ring of light up. This provides a sharper image. In principle, even individual molecules can be seen.

The technology provides the means which reveal the smallest details of processes in living cells. It promises radical new insight in the molecular causes of diseases and the effects of medicines. The company Leica Microsystems GmbH in Mannheim expects that all major scientific institutions around the world will soon be equipped with STED microscopes. As the recipient of a license to the technology, the company hopes to bring the first microscopes to the market in 2007 – made in Germany. 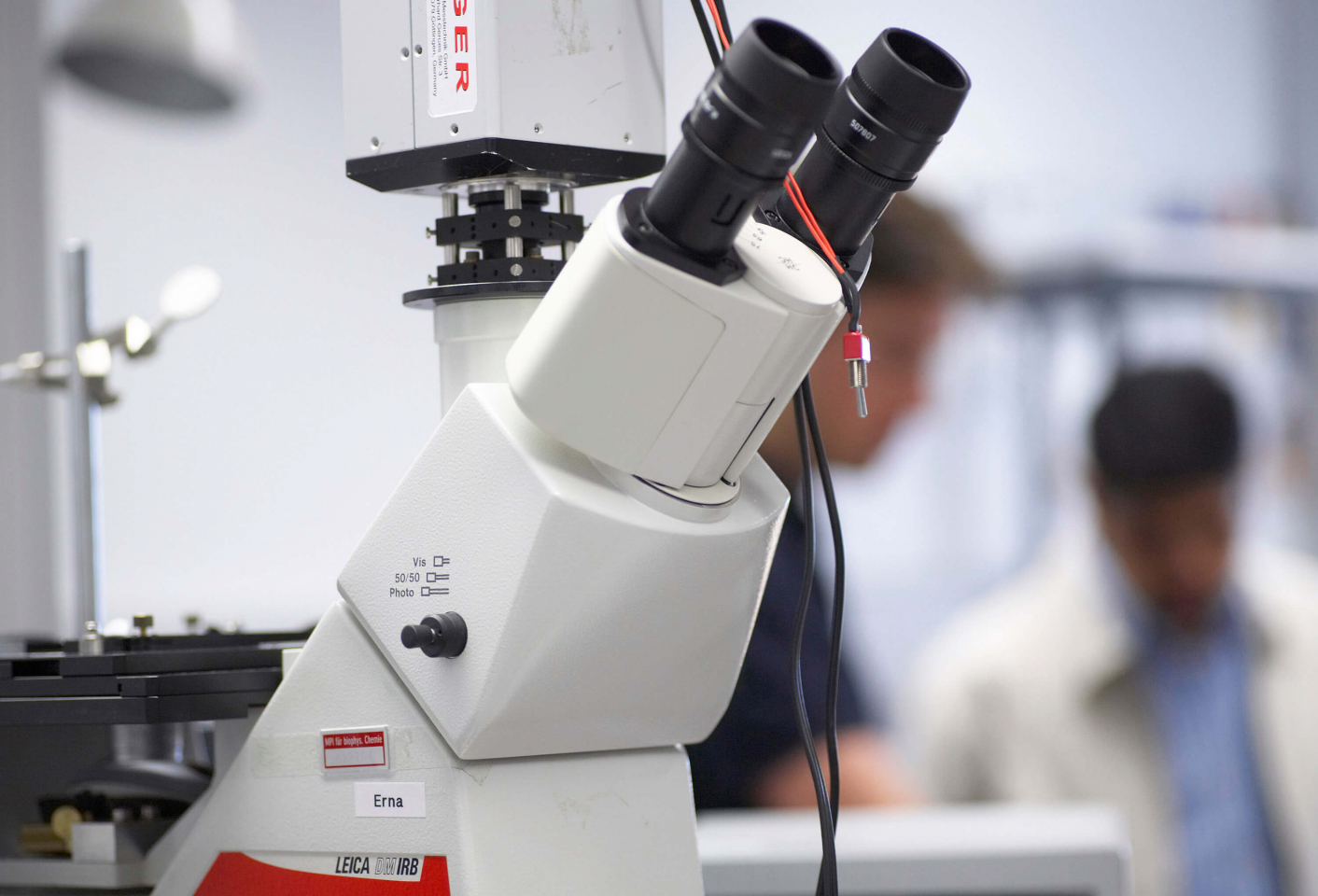 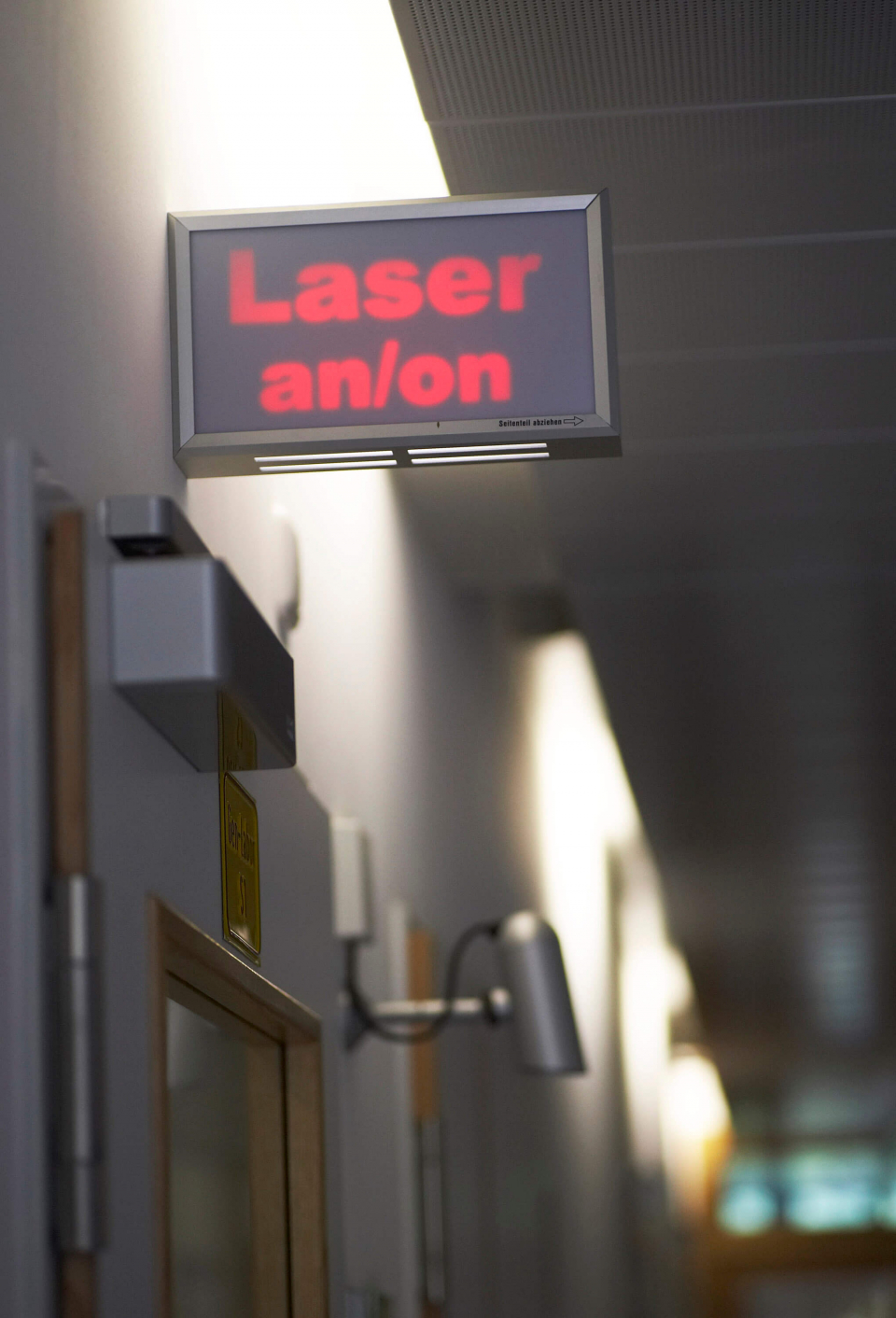 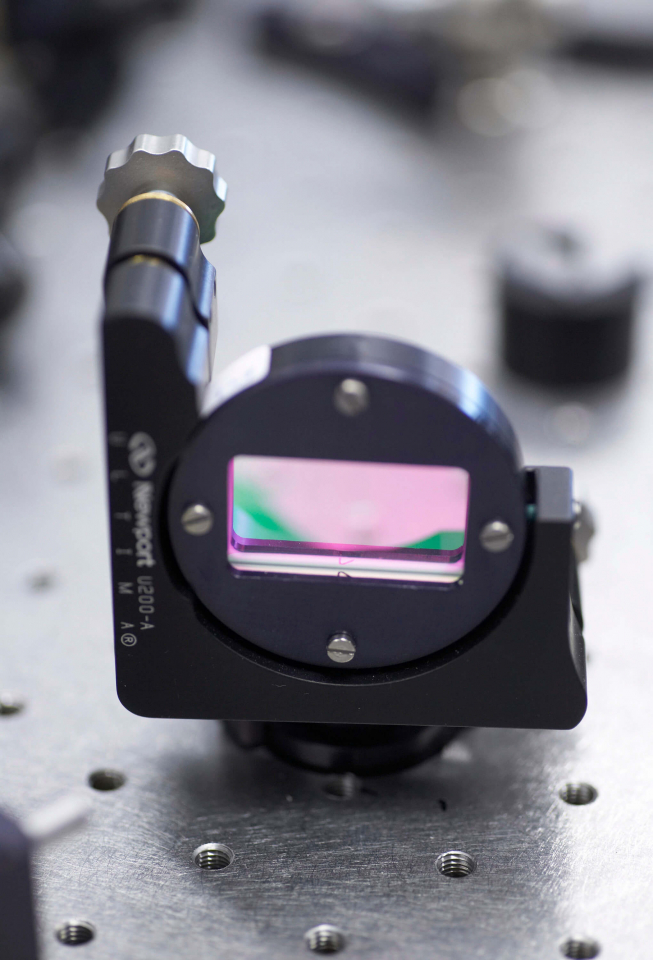 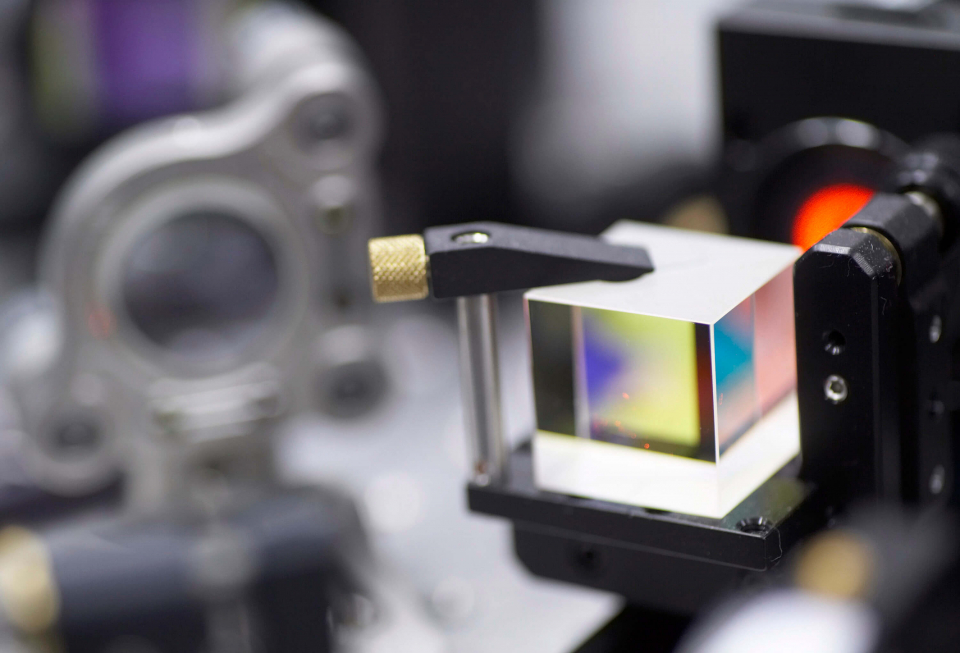 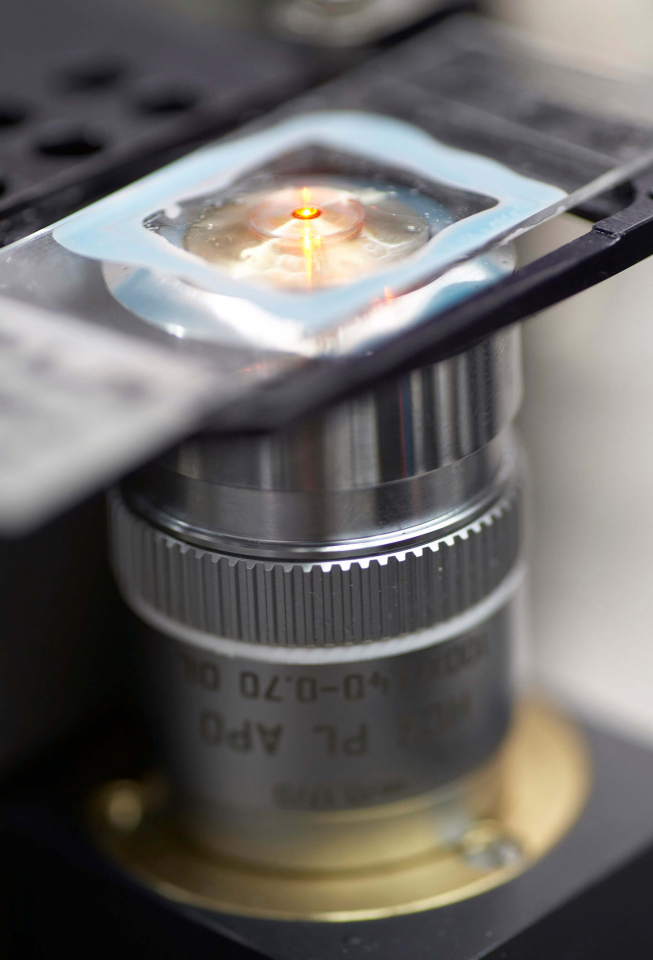 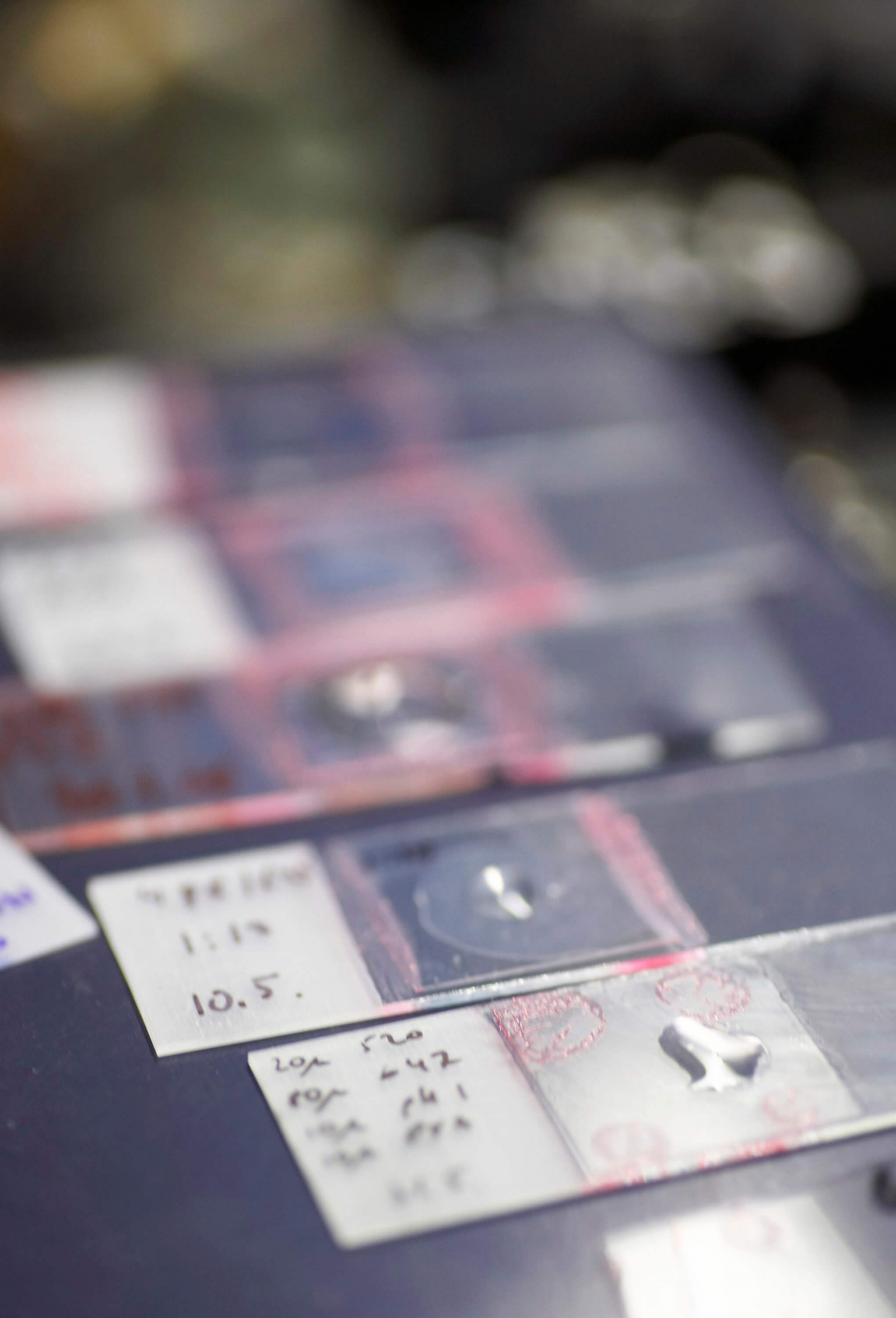 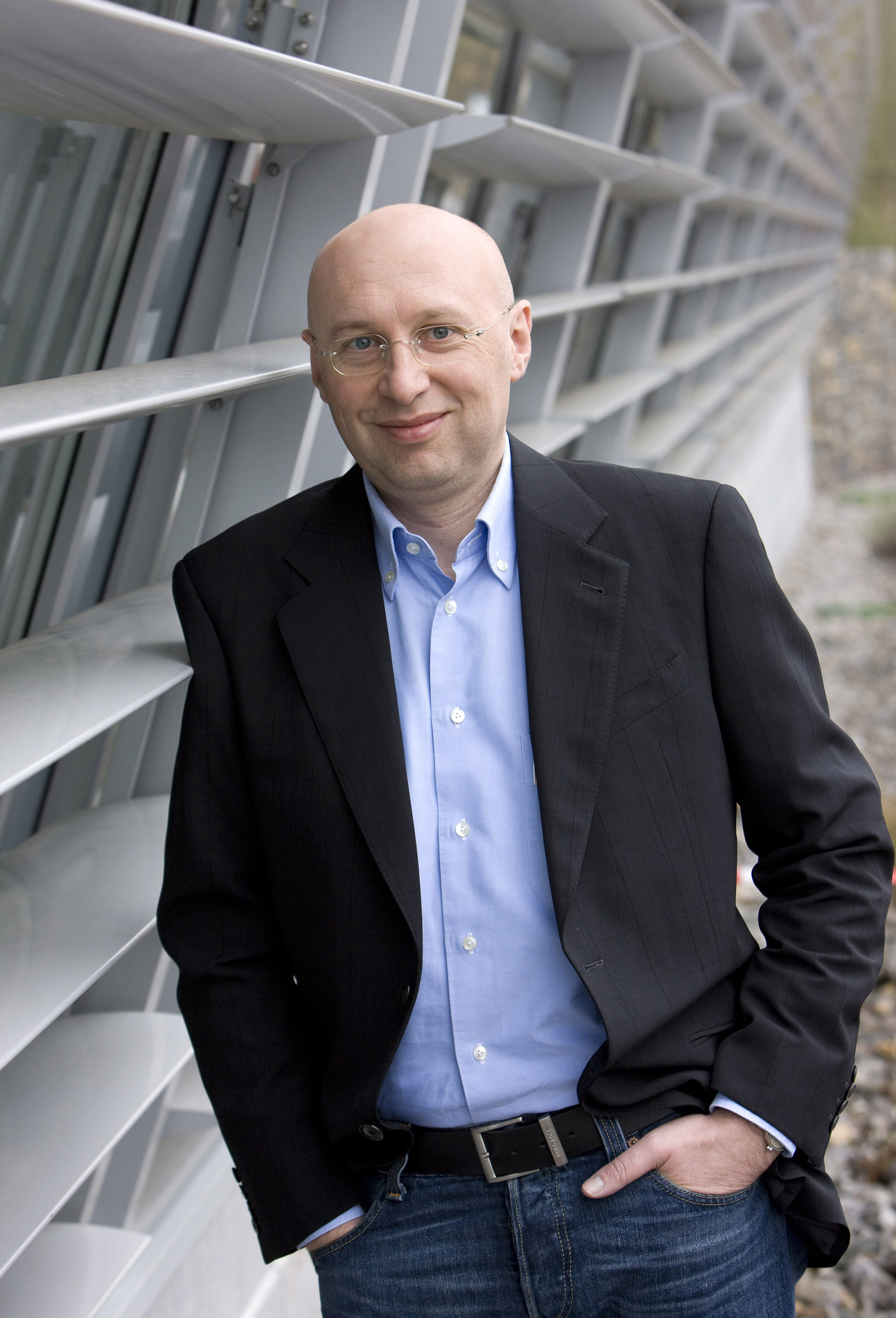 Pharmaceutical Development
The development of new drugs is a very long and expensive undertaking: it takes up to twelve years before a drug is introduced to the market, and development costs average 800 million dollars. Unlike the situation just a few decades ago, the discovery of a new active ingredient is today no longer pure coincidence. Every new agent needs a site of action, a so-called drug target. This is a molecule in the body to which a drug can react and influence the progress of the disease. Once a fitting target has been found, a type of search (screening) commences during which up to two million potential agents are tested. Among the most important pharmacological targets are, among other things, the ion channels.

The patch clamp technique is currently the measuring standard for studying ion channels. Erwin Neher and Bert Sakmann were awarded the Nobel Prize for Physiology or Medicine in 1991 for developing this method. It has only one drawback: Patch clamping is a very labor-intensive process in which a skilled experimenter has to micromanipulate a glass micropipette under microscopic control in order to be able to record from only one cell at a time. Application of the pipette necessitates great skill. In a complicated process, it must be maneuvered to the test object using a sensitive adjusting apparatus. The sample throughput is correspondingly low: on a good day, a research scientist can study around ten cells using this method, which naturally does not meet the demands of drug development.

A corresponding automated patch clamp for high throughput screening, HTS is greatly in demand in drug research since it can be used to test in a short period of time the effects of a variety of substances that may possibly have an impact ion channels.

Chip Technology from Nanion Technologies
If someone had said ten years ago that the patch clamp process could be automated, no one would have believed it. But that is precisely what the team at Nanion Technologies has done. Development of the “patch-clamp-on-a-chip” technology which allows patch-clamp measurements without micromanipulation or visual control is an outstanding simplification and improvement of the classic method. Using state-of-the-art micro-structuring methods, Nanion Technologies produces planar chip substrates made of glass, containing perforations of only one micrometer (1 millionth of a meter). These biochips replace the glass micropipettes generally used for patch clamp rechanneling; in this case, the experimental arrangement is reversed: instead of moving the pipette to the cell, the cell is now positioned on the aperture in the chip using a negative-pressure suspension. This new technology, automated and parallel patch-clamp recording, creates the basic conditions for standardized and industrial use. The new chip format allows for faster and cheaper analysis both of desired and undesirable drug actions at ion channels. This makes the development of new drugs more effective and safer.

A Brief Company History
Development of the chip-based patch-clamp technology began in 1998 at the Center for Nanoscience at the University of Munich (LMU). The idea for the chip emerged at an initiating conference for an interdisciplinary special research division for nanotechnology and was later funded as a subproject by the DFG.

Within the scope of his degree and doctorate work, Dr. Niels Fertig together with Prof. Dr. Jan Behrends and Prof. Dr. Robert Blick, his academic advisors and heads of the SFB subproject, developed the principles of the planar patch-clamp method. Typical of true new developments, the course of the research work had its ups and downs and a number of approaches were pursued which ran into dead ends. A tolerance for frustration, staying power, inspiration, and transpiration were needed, but together Mssrs. Fertig, Blick and Behrends mastered the challenges and presented the first chip-based patch-clamp measurements worldwide in the periodical Biophysical Journal in 2002.

The results presented at specialized congresses and conventions as well as the initial publication in particular caused quite a sensation and met with enthusiasm internationally. Mssrs. Fertig, Blick and Behrends quickly realized that in addition to the academic interest in the work, there was also very attractive application potential in the planar patch-clamp technology.

Dr. Niels Fertig in particular began pushing for plans to establish a company, and, together the three scientists took part in business plan contests and developed a concept for the commercial implementation of the technology. Mssrs. Fertig, Blick and Behrends founded the start-up company Nanion Technologies GmbH in January 2002 as a spin-off from the university in order to implement the academic results in an application-ready technology. A seed investment project was entered into with Bio-M AG of Munich as well as a dormant equity holding with tbg of Bonn to finance the undertaking. Since its founding, Dr. Fertig has served as managing director and Prof. Dr. Behrends as chairman of the advisory board of Nanion Technologies GmbH.

Soon after the company formation, Prof. Dr. Behrends and Prof. Dr. Blick took professorships in Physiology in Freiburg and Solid-state Physics in Madison, Wisconsin, USA, respectively, and continue to advise the company. In addition to his function as chairman of the advisory board, Dr. Behrends continues to cooperate academically with Nanion Technologies on joint development projects for secondary technologies. Another co-owner joined the team in February 2007: biophysicist Michael George, who has since filled the important function of manager of technical development.

Lab and office space was originally leased on the top floor of the Physiological Institute of the University of Munich (LMU), which made it possible to utilize the existing infrastructure. Ultimately, in the early phase, the meager means available had to be used as efficiently as possible. Happily, Nanion Technologies received great recognition and support, also through development projects, for example, with the Federal Ministry for Education and Research, or the Land of Bavaria, in order to be able to undertake the ambitious research work with the necessary resources.

In the manner of the best start-ups, development was unconventional and determined, and the company expanded so that a prototype of the first automated patch-clamp system, the port-a-patch was able to be unveiled at the annual convention of the American Biophysical Society in March 2003. A second financing round planned for 2003 was not able to be performed because of the poor investment environment, which resulted in a very low capitalization during this phase, but this was not able to curtail the great enthusiasm of the entire team. The focus from a very early stage was on a market launch for port-a-patch which proceeded successfully in the pharmaceutical industry, in life science companies, as well as in academic circles.

After the first growth phase had been gone through in the top story of the Physiological Institute, Nanion Technologies moved to their own premises in 2006: an industrial loft in the center of Munich. In the meantime, Nanion Technologies markets two product families based on the chip technology: on the one hand, the port-a-patch as a miniaturized automated patch-clamp system with various extensions and accessories, as well as, on the other hand, the “Patchliner”, a robot-based multi-channel patch-clamp system for higher measuring throughput.

The positive response of customers in North America, Europe, Australia, and Asia is proof of the quality of the development work and is both the goal of and satisfying for Nanion Technologies. Their success on the market can be seen not least of all in the fact that the company already reached the break-even point after only three years, has been profitable ever since, and is constantly growing. With 20 employees (including two apprentices), the company may be small, but is growing organizationally and constantly.

The team has made available a truly “enabling technology” with the development of the patch-clamp-on-a-chip. The development is an excellent example of the complete cascade of technological development: from the academic findings of university work it develops in a short time as part of a company spin-off a widely applicable technology and establishes customer-oriented products on the international market so that the company is constantly growing and creating high-quality jobs.

The project “Small Holes, Big Impact – Cellular Physiology in Chip Format” was nominated by the Federal Ministry for Education and Research. 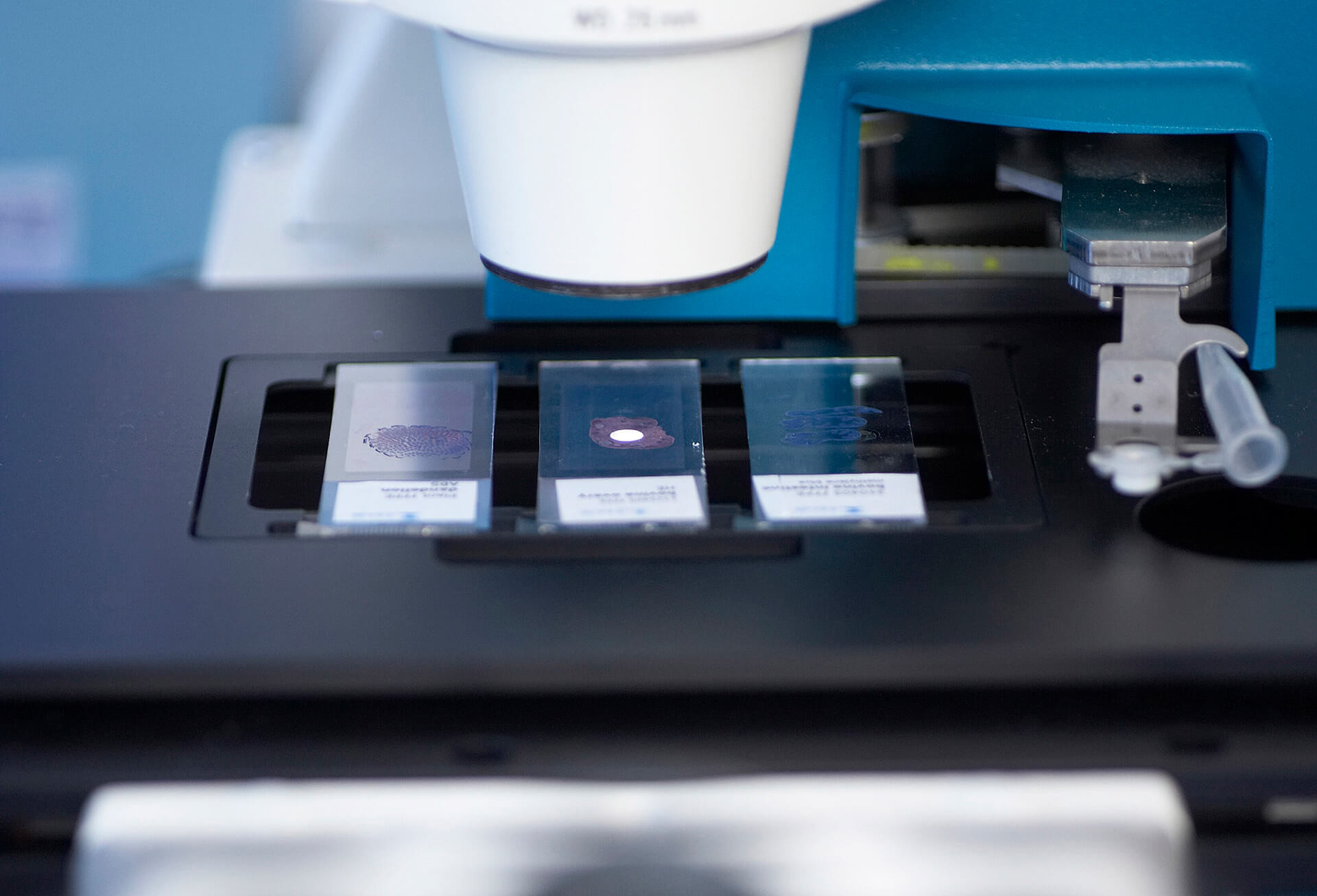