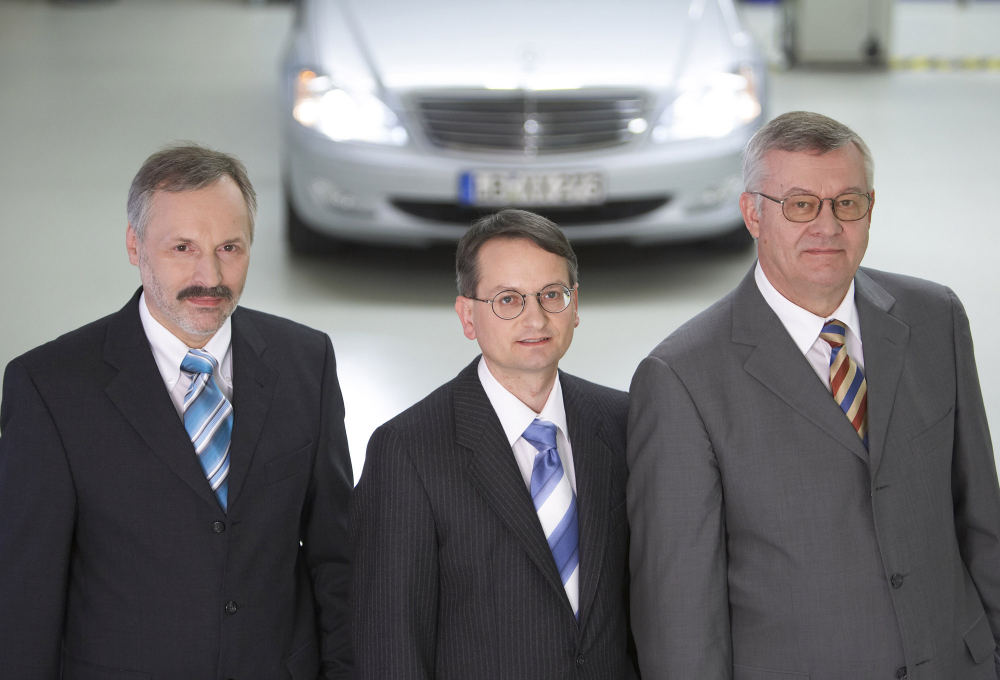 At twilight and after dark, the risk of having a traffic accident is twice as high as during the day. Is there any way to ensure sufficiently good on road visibility at twilight or after dark? 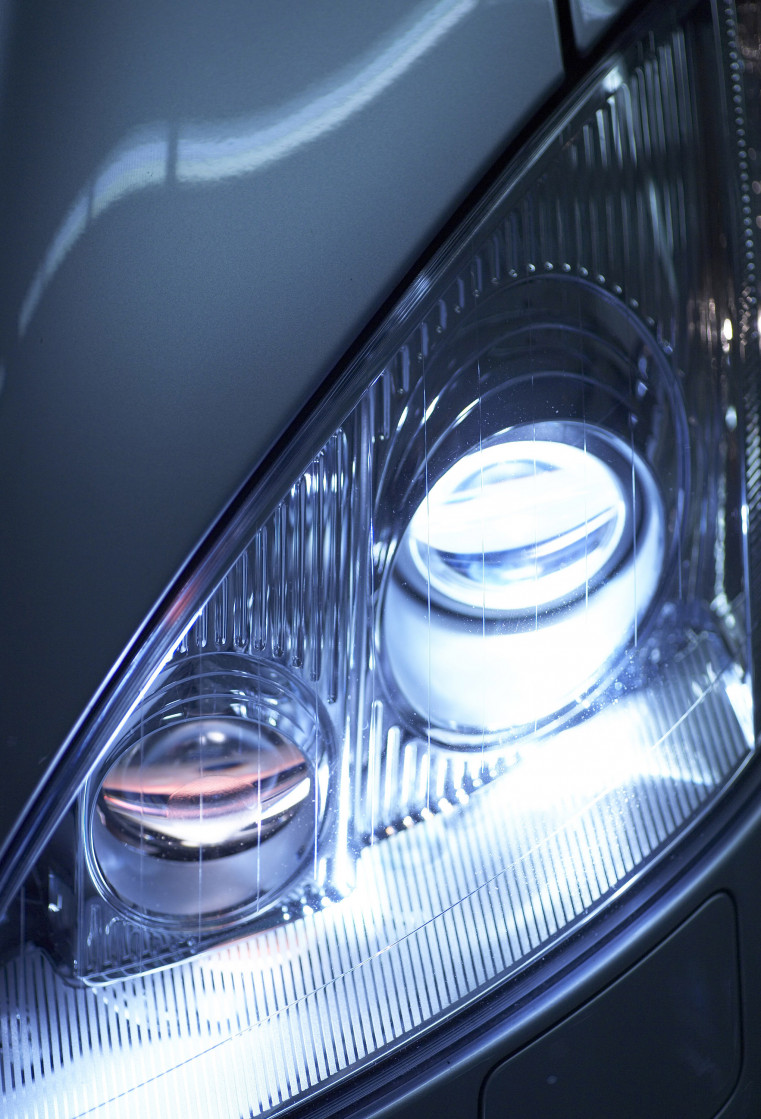 Jürgen Seekircher, Peter M. Knoll and Manfred Meißner have found a way to provide drivers with the visibility they need to drive safely even at night. Jürgen Seekircher is responsible for series development of the Night Vision Assistant at DaimlerChrysler in Sindelfingen, Peter M. Knoll is head of development of new driver assistance systems at Robert Bosch GmbH in Leonberg where Manfred Meißner is project manager for a video system platform. 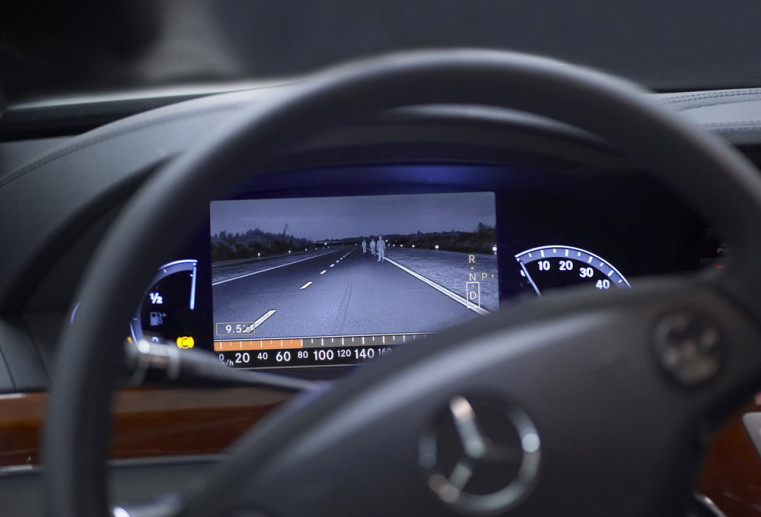 A high-beam headlight that doesn’t blind
Poor visibility often means that drivers misjudge the course of a road or see pedestrians, cyclists, and obstacles on the road too late. High beams can enlarge the field of view, but can rarely be used since it blinds oncoming traffic.

These German engineers have developed “electronic high beams” which give drivers better visibility at twilight and after dark without interfering with oncoming road users. The Night Vision Assistant is based on an infrared light system that is invisible to the human eye.

Two infrared high beams illuminate the roadway in front of the vehicle. A specially engineered camera sensitive to the infrared spectral range and mounted on the inside of the front windshield records the illuminated street scene. The recording is projected as a sharp, high-contrast black-and-white image on a display in the instrument panel. A glance at the display – no different that the glance at the speedometer – suffices for drivers to clearly register the traffic situation, even at night. The Night Vision Assistant provides drivers with the same level of visibility they would have when driving with high beams. Even pedestrians wearing dark clothing are clearly visible.

Eyes for the Car
The system developed jointly by DaimlerChrysler and Bosch lets the car see to an extent. The high-resolution video camera in the Night Vision Assistant is the ideal platform for additional driver assistance systems of the future. “Seeing systems” would be able to notice if the car is in danger of veering out of the lane. Road signs such as speed limits can be read by camera and interpreted.

In fall 2005, the Night Vision Assistant was introduced as an option for the Mercedes-Benz S Class model – as the first active night vision system for a series vehicle in Europe. In future, the technology will be used in other vehicles – and provide considerably more safety in nighttime traffic. 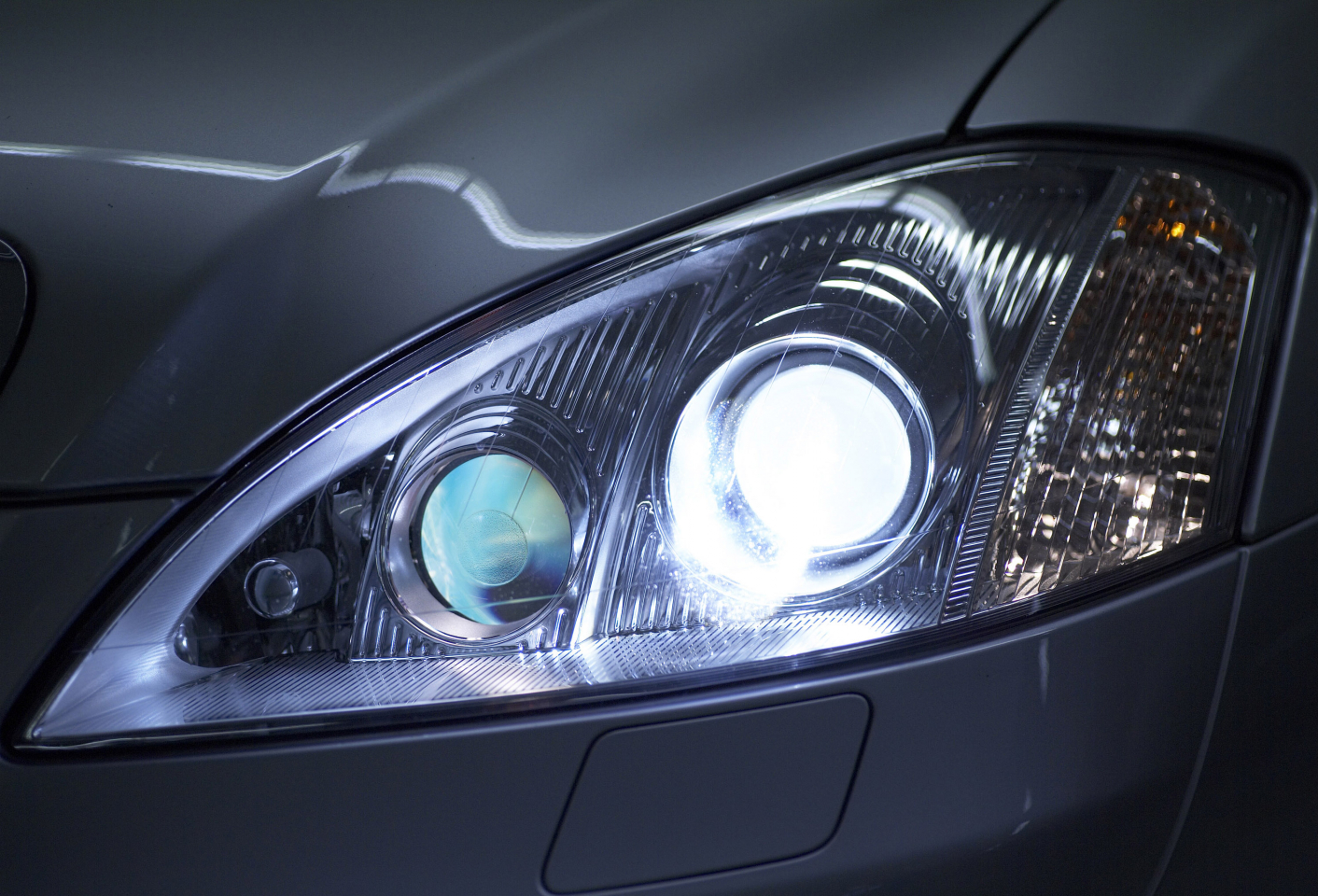 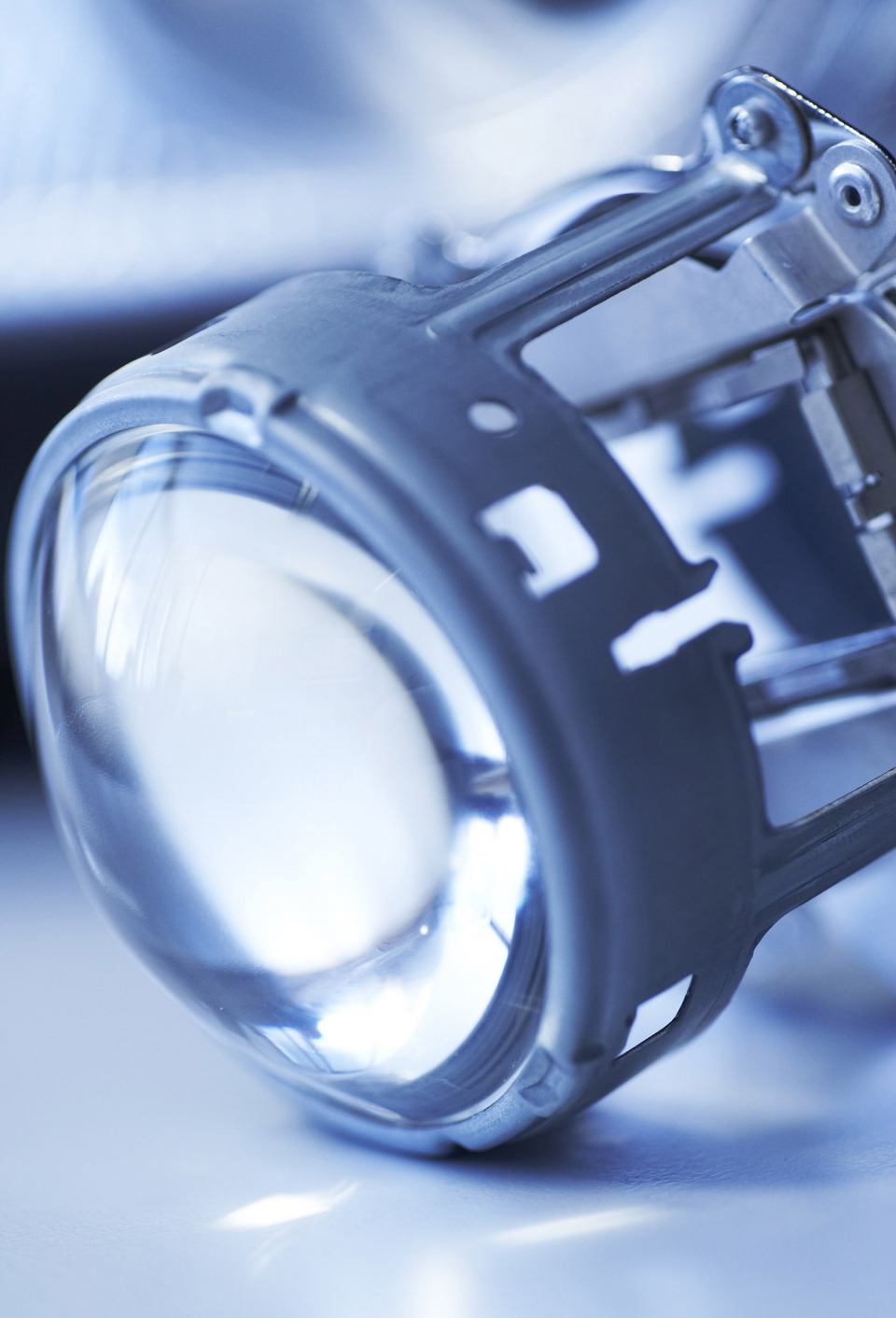 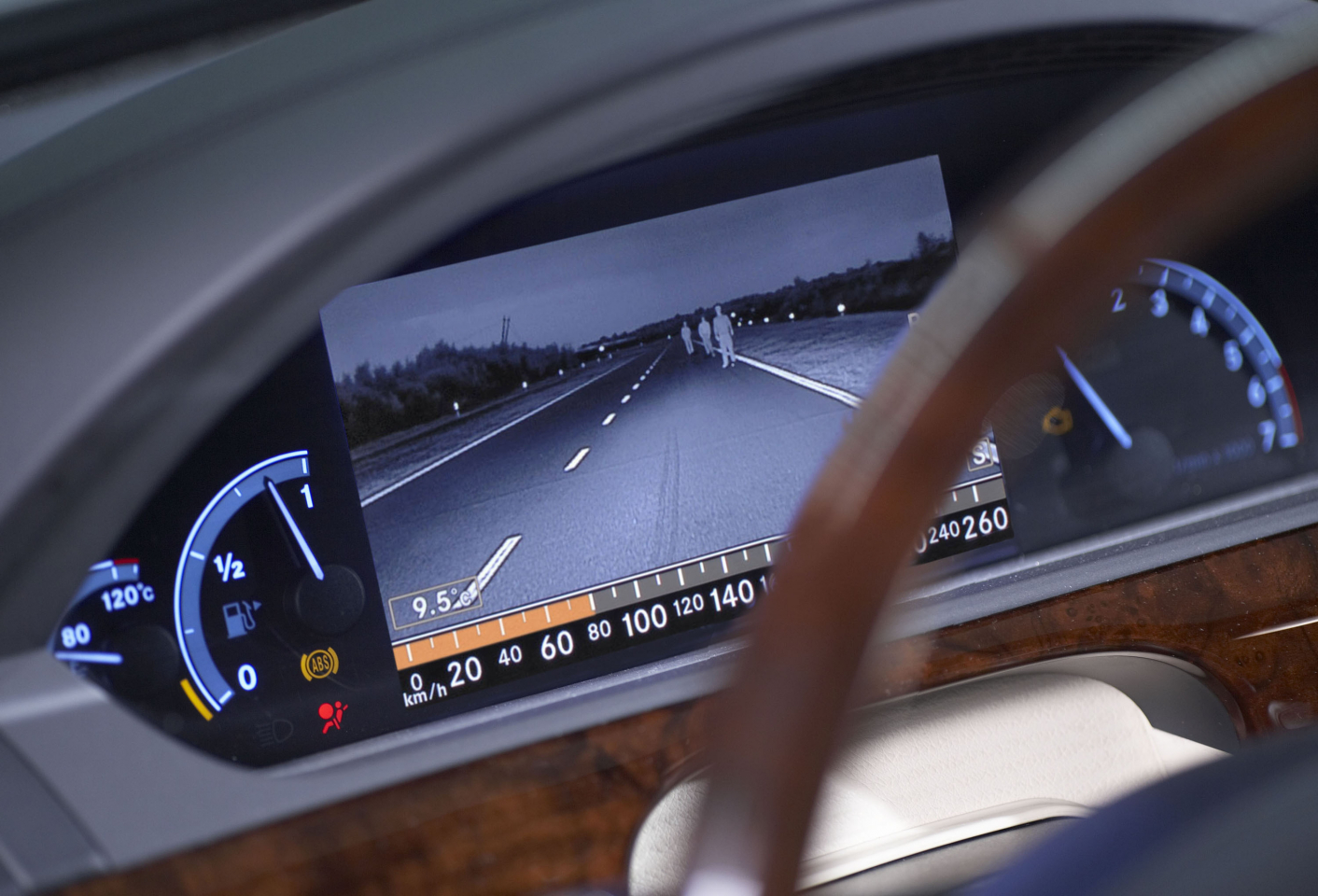 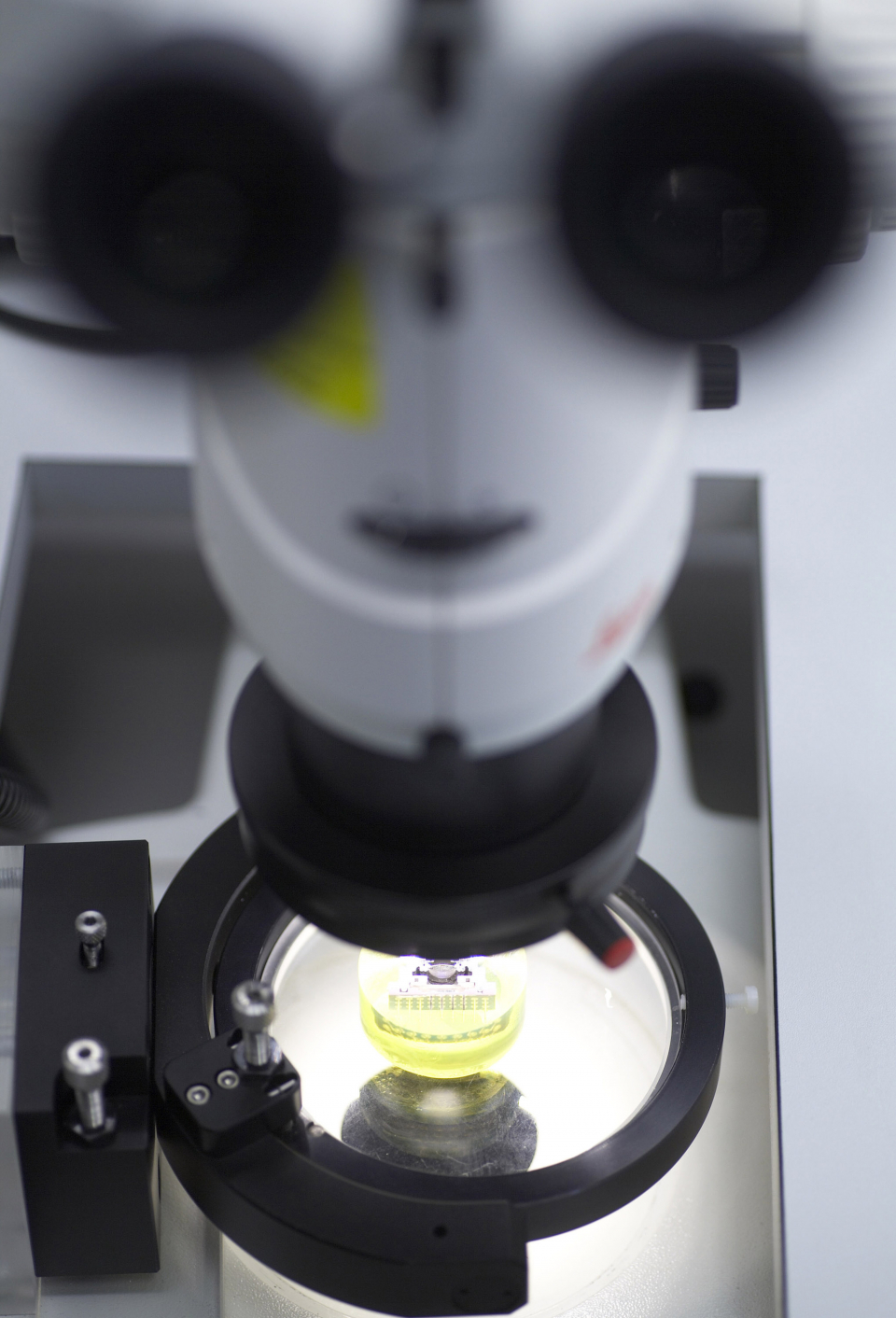 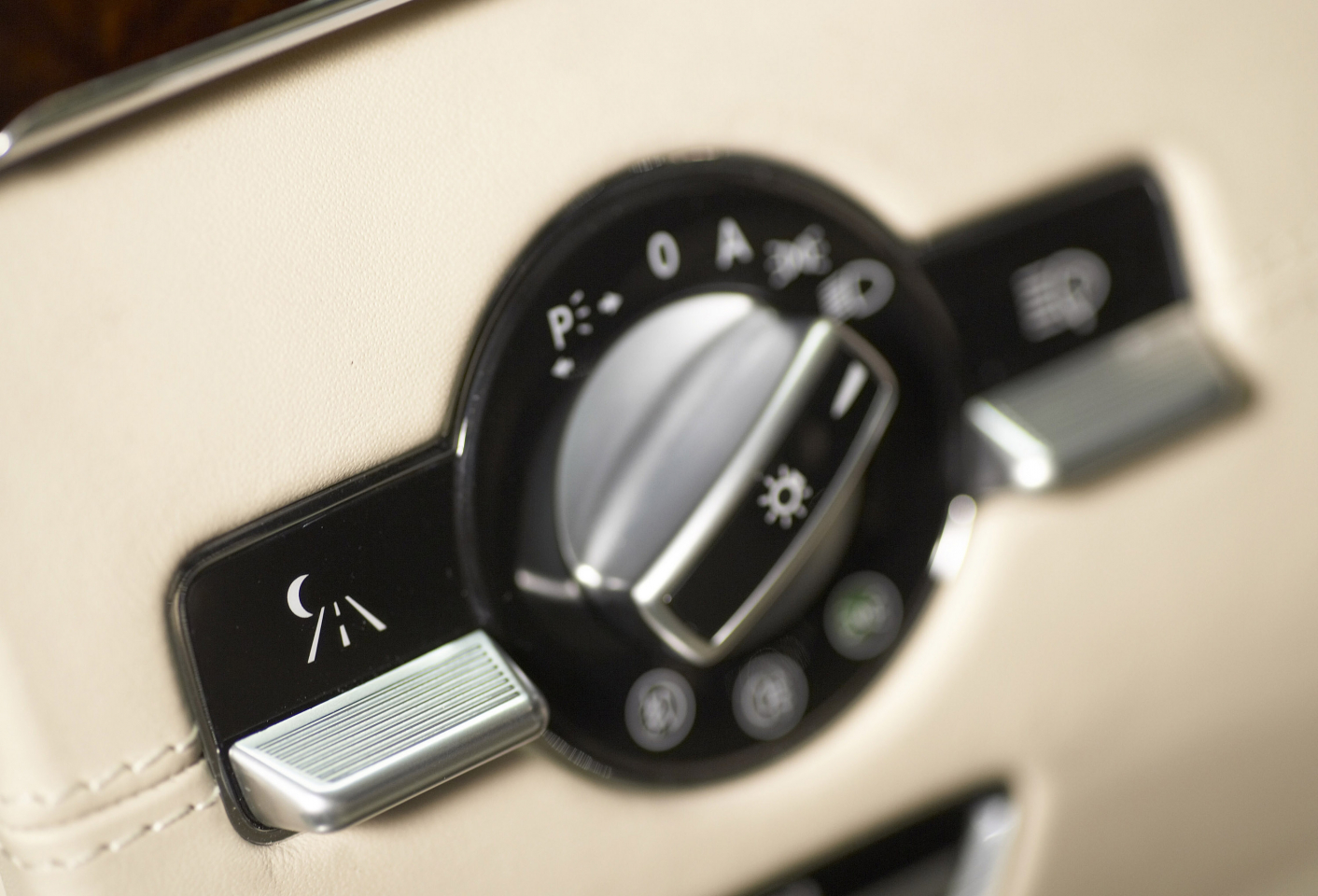 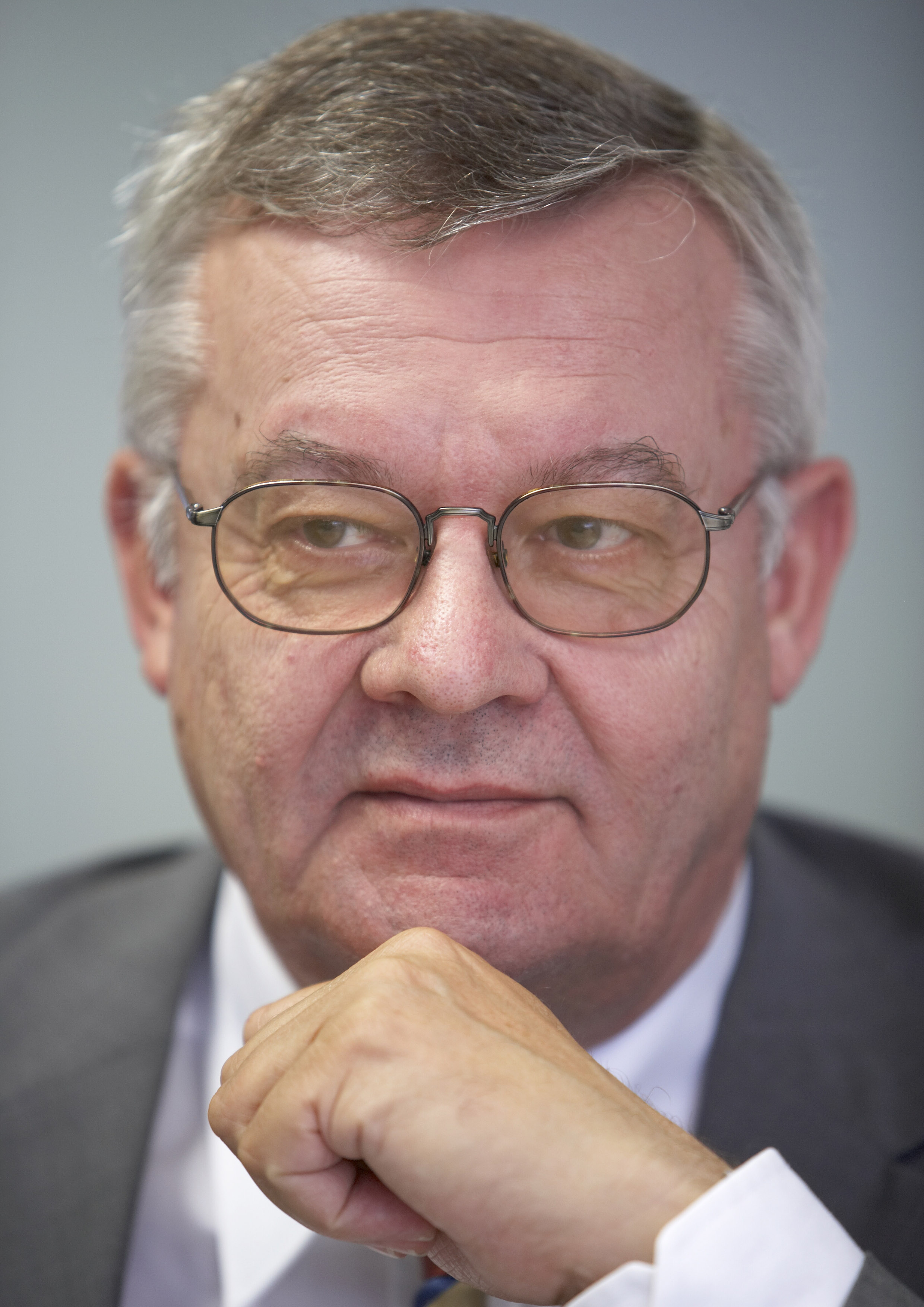 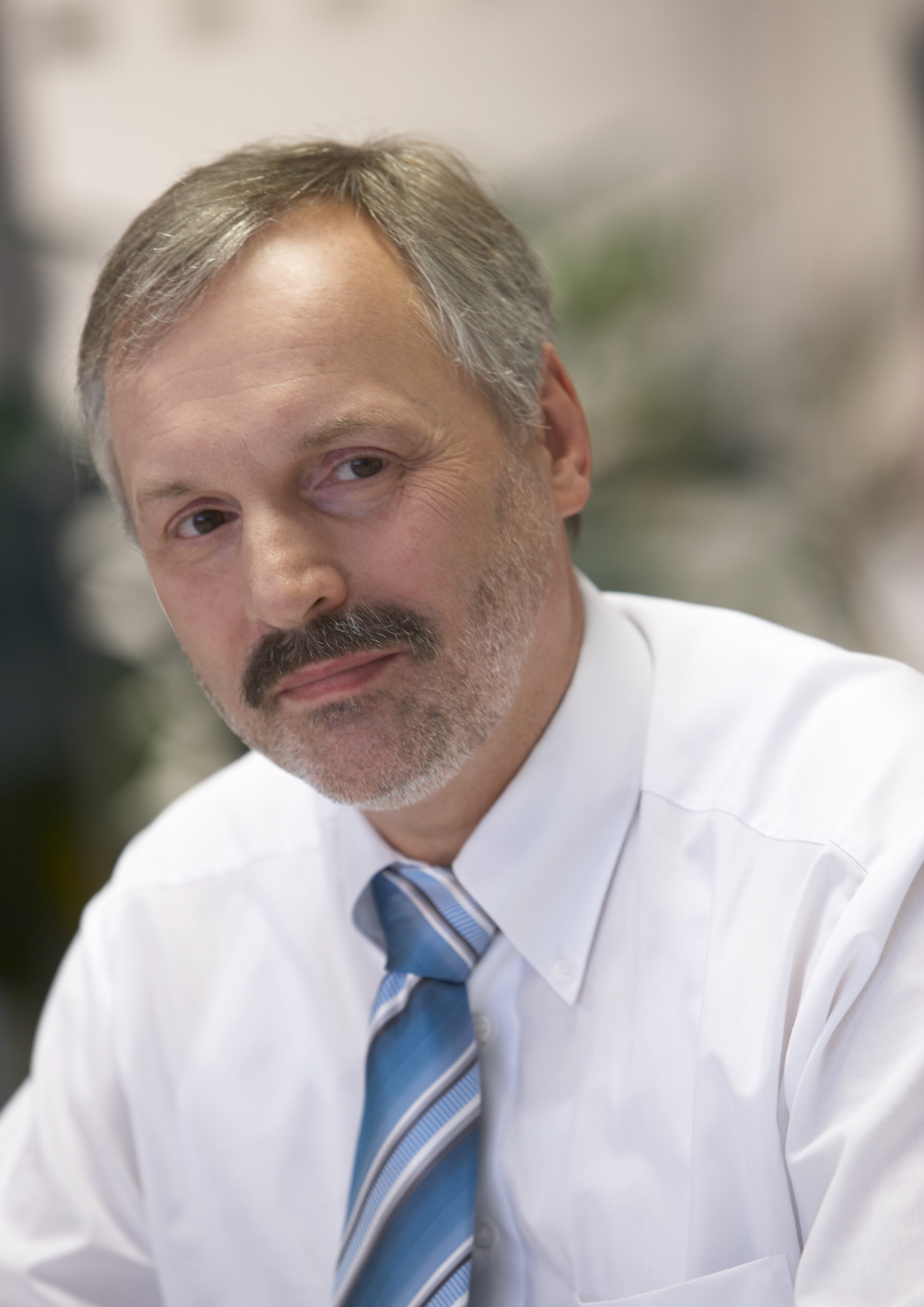 Cooperative development work for better road safety
The risk of serious accident in road traffic is considerably higher at twilight and in the dark than during the day. Although the average traffic volume at night is only around 15 to 20 percent of daytime levels, more than every third fatal traffic accident occurs at twilight or after dark. In Europe, about 15,000 people perish every year, 1,500 of them in Germany alone.

With the help of the Night Vision Assistant based on infrared technology, this risk can be noticeably reduced. In view of its great relevance for society, the joint development of DaimlerChrysler and Bosch has been nominated for the German Future Prize. Team members Dr. Jürgen Seekircher of DaimlerChrysler AG and Prof. Peter Knoll and Manfred Meißner of Robert Bosch GmbH were nominated on behalf of the 190 member development team. Their nomination is also exemplary of a cooperative venture between an automobile manufacturer and a supplier and thus for the power of innovation at work in Germany.

More safety at night
In collisions after dark, the reason stated as the cause of accident is frequently “loss of control of the vehicle” because the direction of the road is often misjudged at night. 54% of all accidents occurring at night are a result of the vehicle’s veering off the road, more than one fourth of these incidents resulting in a collision with oncoming traffic. The percentage of fatal accidents involving pedestrians is especially high at twilight and after dark.

Given the volume of traffic today, driving with high beams is only possible on very rare occasions. Visibility with low beams is generally limited to 50 to 70 meters. In oncoming traffic, the driver may be unable to see the road and possible obstacles next to and behind the dazzling vehicle. In these instances, systems designed to improve visibility at night can help.

High image quality thanks to active infrared technology
Project partners DaimlerChrysler and Bosch have devoted many years of work to making driving in the dark safer. Their new developments in the area of headlights have already made important contributions to safer driving in the past.

In consistent continuation of this work, they have implemented an imaging system designed to improve visibility at night that is unique with its excellent accident prevention potential. It offers the driver optimum utility, its image information is quickly grasped, easy to interpret, and easy to read thanks to the convenient ergonomic positioning of the display.

The first decision to be made on the road to achieving this goal was which physical principle was best suited to the system: an active process whereby the roadway is illuminated by infrared light or a passive process wherein the heat radiated by objects is recorded. In this process, the presence of an object is only indicated when it has a different temperature than its surroundings. This is entirely dependent on the time of day and year and is much more difficult in summer than in winter, for example. People wearing winter clothing with excellent insulating properties, for example, are not able to be clearly identified. Important orientation features, such as guardrails, road signs, road markings, and traffic lights are just as hard to see with thermal images as advance warning triangles, turning signals, or brake lights. Moreover, on the basis of the image information, it is frequently difficult to assess whether the object in question is on or next to the roadway.

After reviewing all facts, the decision was made for an active system since it provides much better image information in terms of quality. Moreover, it was a strategic goal to realize the night vision system as the first sophisticated element of an upgradeable platform concept to which additional video-based functions could later be added. From this then came the call for a control device with extremely variable computing power and for a universal camera capable of being used both day and night.

Improved visibility
In the night vision assistant, two infrared high beams illuminate the roadway. The camera sensitive to the infrared spectral range is mounted on the inside of the front windshield and records the illuminated road situation. The area in front of the vehicle so recorded is depicted on a large graphic display as a high-contrast black-and-white image. Through the arrangement of the display in the instrument panel/dashboard, the advantage of the night vision assistant compared to that of head-up displays is not lost even due to dazzling by oncoming traffic. The combination of night vision image and speedometer prevents additional, unnecessary averting of the eyes. Due to the excellent image quality, a quick glance suffices to register the traffic situation much like the necessary process of reading the speedometer. The night vision assistant does not dazzle oncoming traffic since the infrared beam is invisible to the human eye.

In the dark, the new night vision assistant development gives drivers the visibility they would have when driving with high beams. The route is easier to see, pedestrians, cyclists, and obstacles on the roadway are detected sooner. Test persons saw test dummies wearing light-coloured clothing at the edge of the road on average already from a distance of over 200 meters and thus around 40 meters earlier than with Bi-Xenon low beams. Pedestrians wearing dark clothing are detected much earlier, namely from a distance of 160 meters compared to only 70 meters with Bi-Xenon low beams. This is a safety plus of 125 percent.

With the introduction of the night vision assistant option for the Mercedes-Benz S Class model, an active night vision system became available for the first time in Europe for a vehicle in large-batch production. The following special features bear mentioning:

The new system from DaimlerChrysler and Bosch has been readily accepted by the market since its introduction in fall 2005. The system is convincing with its excellent range of visibility and brilliant image reproduction, in which people and obstacles are easily identified. It makes orientation on the road easier and thereby considerably reduces not only the risk of collisions, but also the danger of unintentional veering from the lane. The night vision assistant thus makes a valuable contribution to increasing traffic safety.

The right to nominate outstanding achievements for the German Future Prize is incumbent on leading German institutions in science and industry as well as foundations.

The project The Night Vision Assistant – Infrared Technology for Safer Driving after Dark was nominated by German Patent Office. 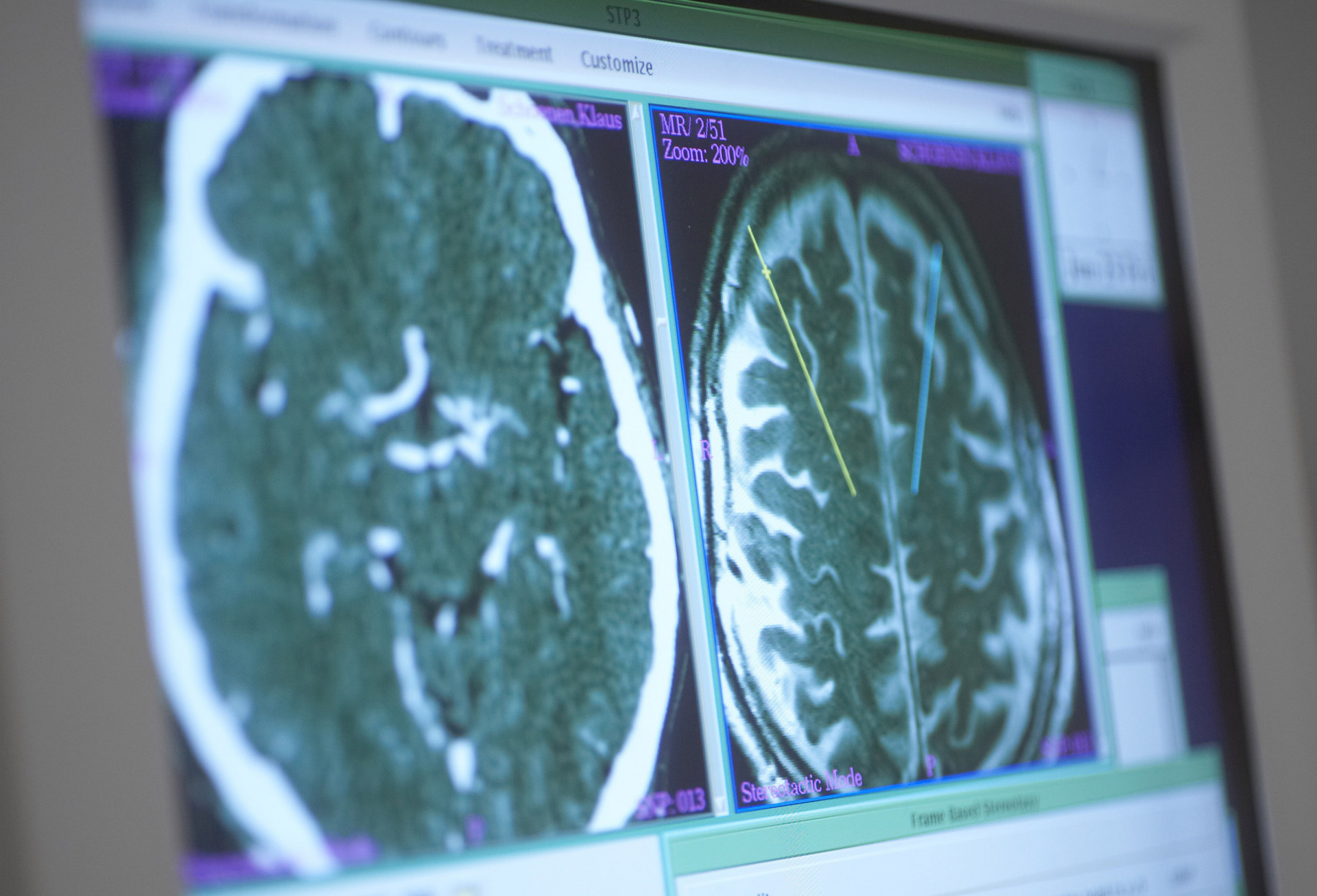