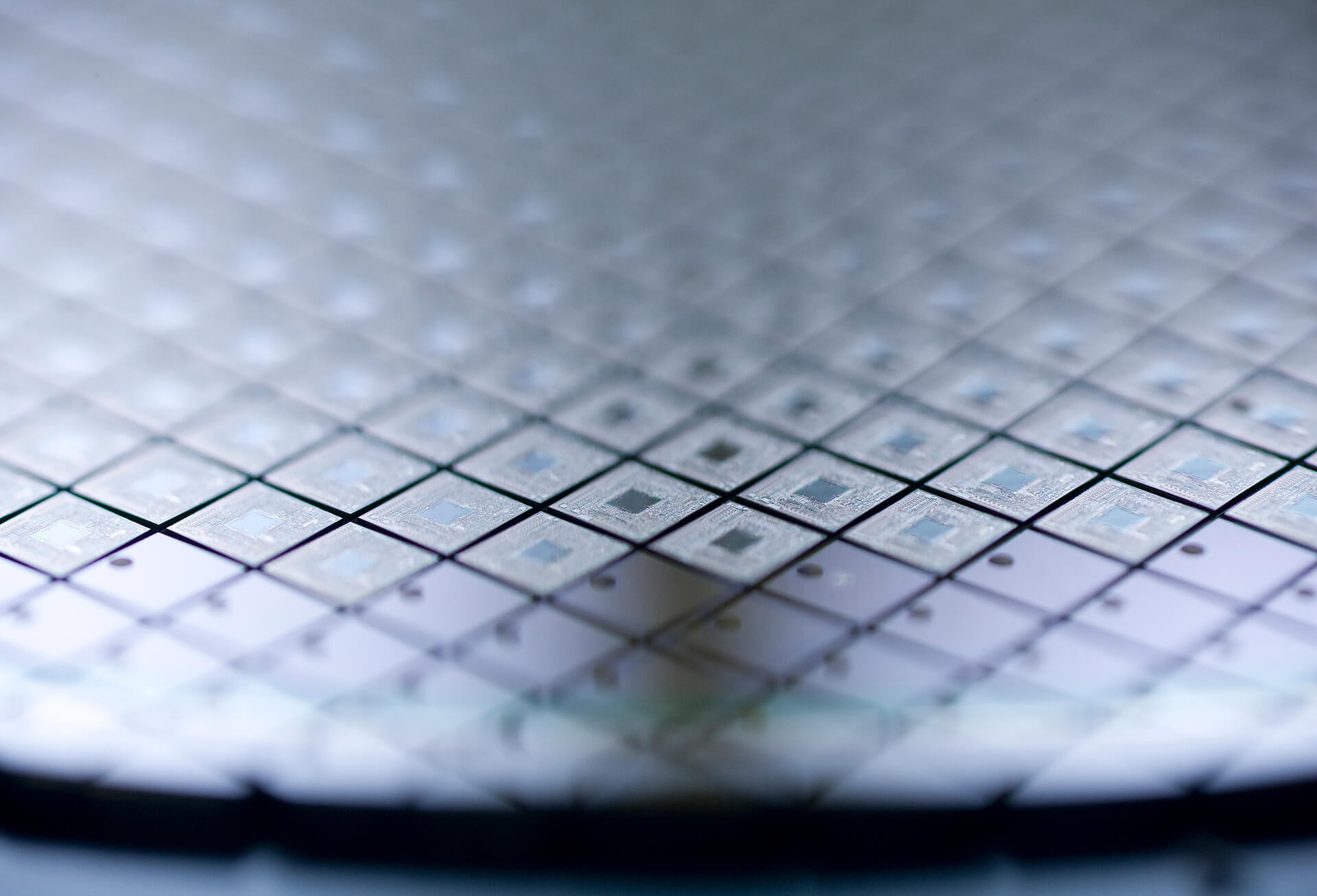 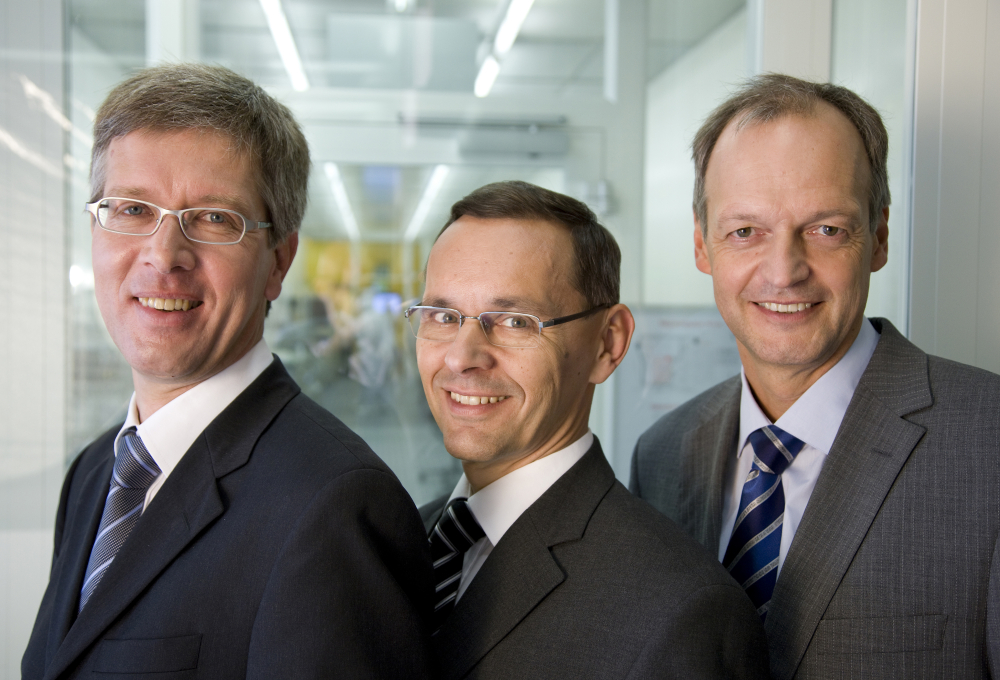 ESensitive measuring sensors made of silicon make automobiles safe. But these sensors are also practical for use in mobile phones or GPS navigation systems. But how can these sensitive components be prepared for the special requirements of consumer electronics? 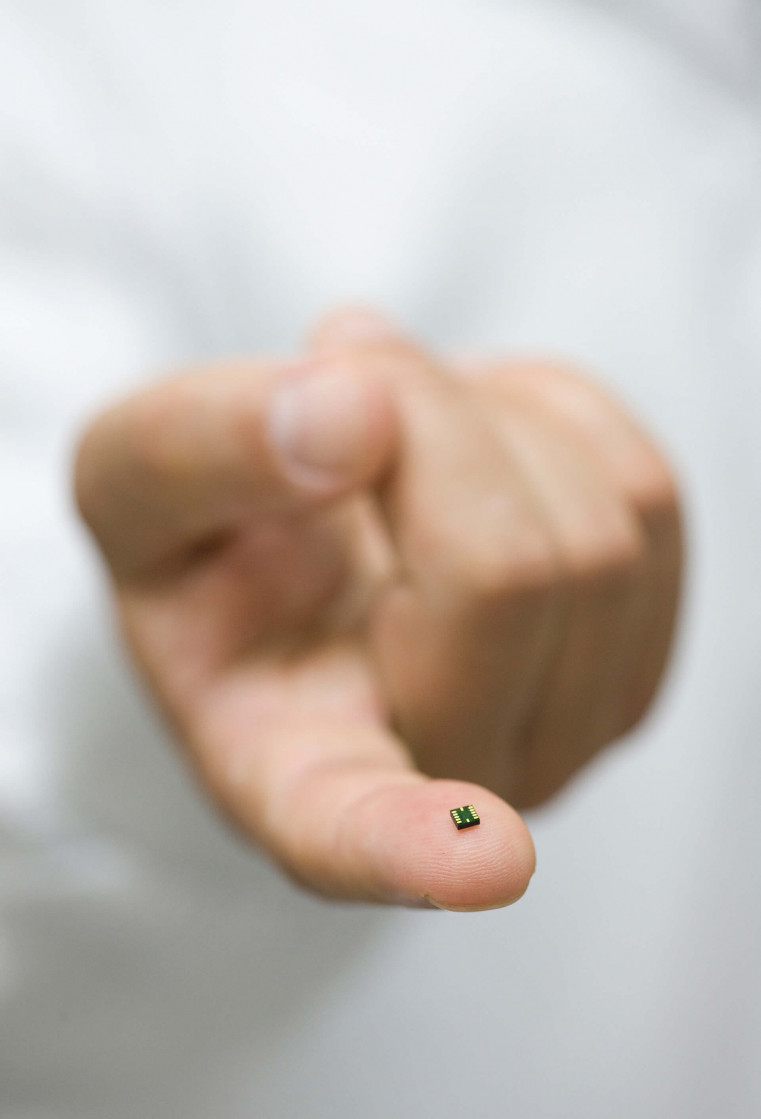 The answer: They have to be made smaller and be more cost-efficient in the production of large quantities than in the past. Jiri Marek, Michael Offenberg, and Frank Melzer have shown has it’s done. Jiri Marek is Development Manager Sensors, Michael Offenburg Group Manager Application Sensors at Robert Bosch GmbH, Frank Melzer Managing Director of Bosch Sensortec GmbH in Reutlingen. 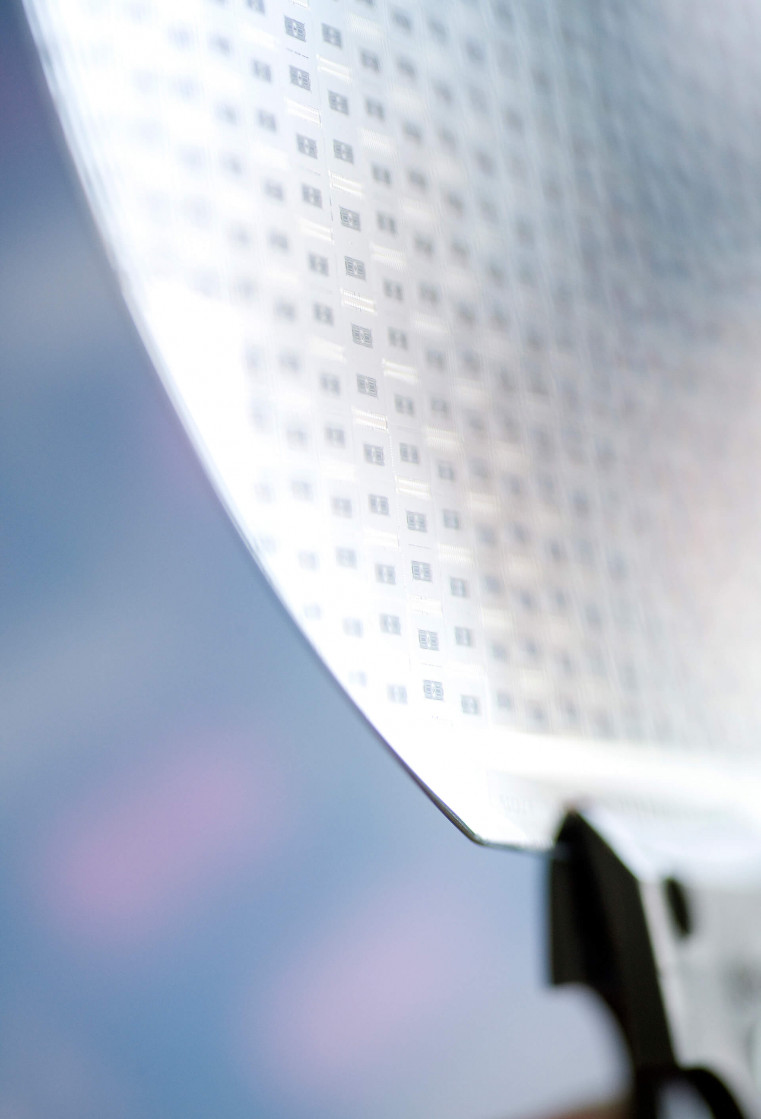 Sensors keep vehicles on their intended path and prevent skidding

The Electronic Stability Program (ESP), developed at Bosch and now fitted into most new cars, has drastically reduced the number of fatal car accidents due to skidding. At the heart of the ESP system are micromechanical sensors: minute measuring instruments made of silicon, consisting of movable components and detect skid conditions of the vehicle early enough to allow the car’s technology to take corrective action. New mid-sized class cars have up to one hundred sensors that monitor safety or provide the lowest possible fuel consumption.

In the past, micromechanical sensors were too large, too expensive to be used in portable electronic devices and used too much power. And yet, the developers of electronic devices have long had a number of ideas as to how the sensitive measuring devices can be put to good use.

The structures are layered onto silicon
Using new fabrication techniques, the researchers at Bosch succeeded in getting the sensors into shape for applications outside of the automotive sector. In doing so, they chose surface micromachining as the manufacturing method. In this process, movable structures such as masses and springs are layers onto the surface of a silicon wafer. Using several new processes, such as etching and depositing of material, the researchers laid the foundation which allows surface micromachining to be used for cost-effective industrial production of large quantities of small and economical sensors.

In the meantime, the first products integrating acceleration sensors, for example, are already on the market. They protect laptop hard drives from shock or vibration or allow mobile phone controls to be operated by moving the device. Pressure sensors in GPS navigation devices accurately determine the absolute altitude – the basis for mobile navigation. The potential of the technology is enormous: In 2006, Bosch sales exceeded several hundred million Euros in micromechanical systems for the automotive sector. According to forecasts, through the use of sensors in consumer electronics, sales are expected to double over the next few years. 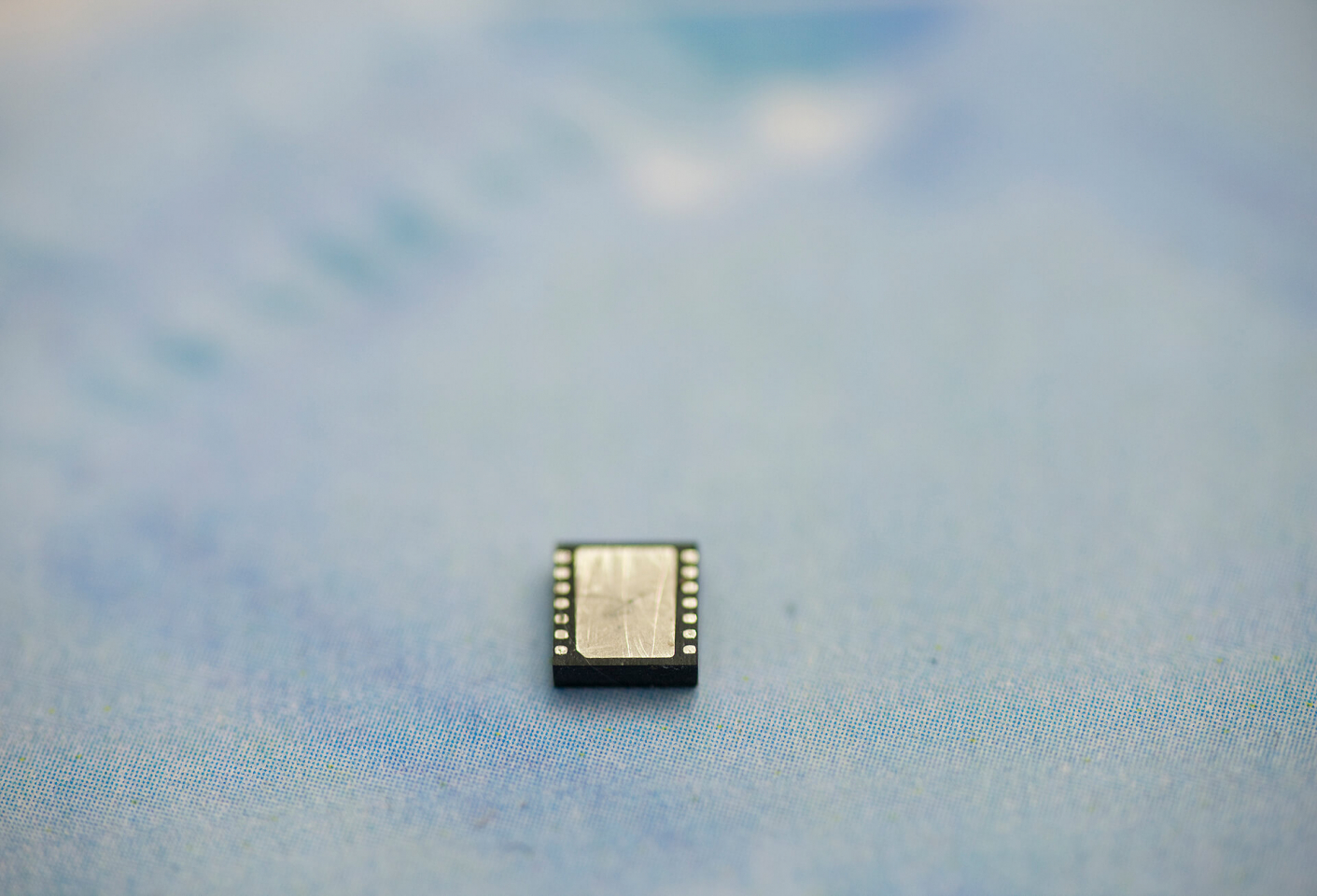 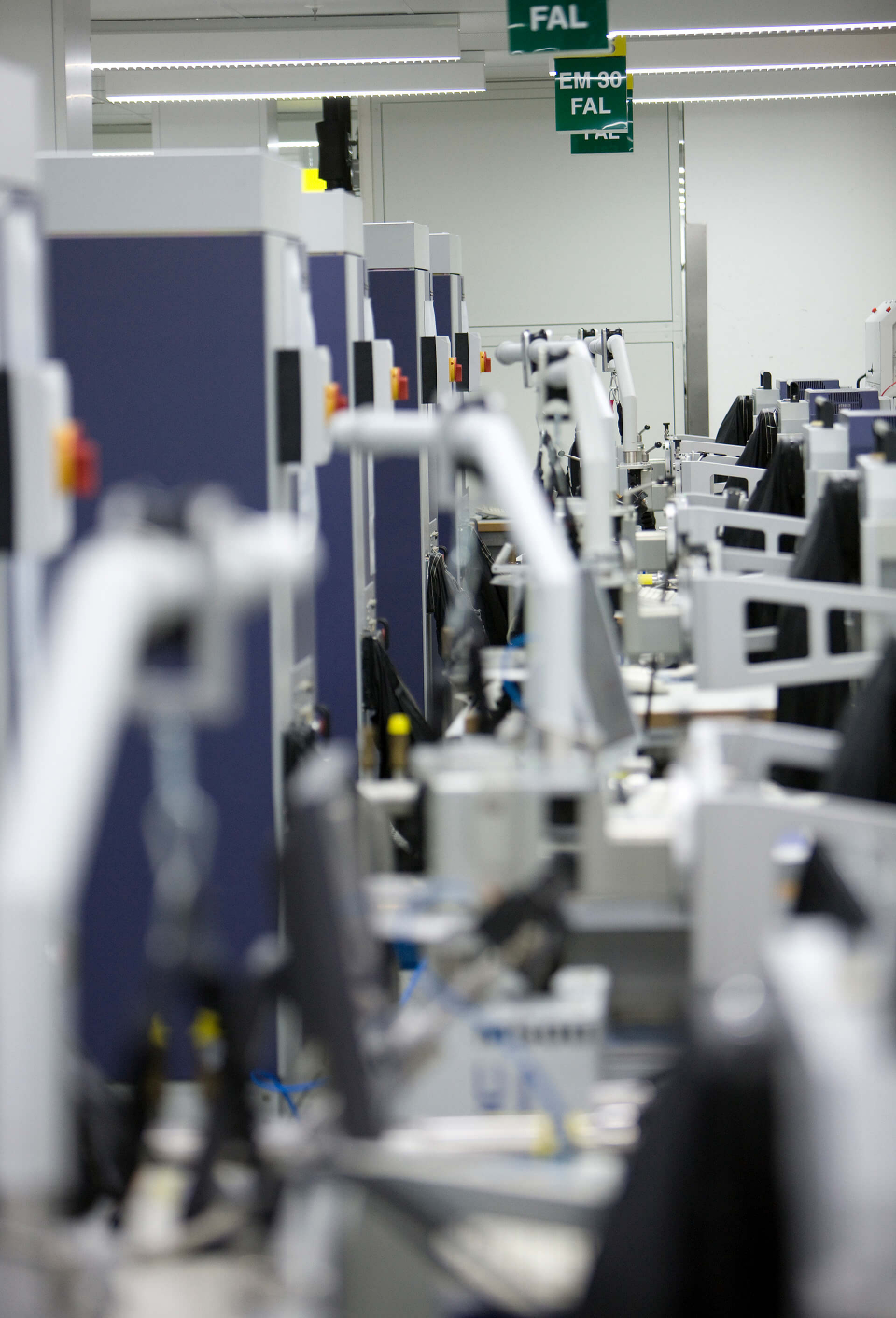 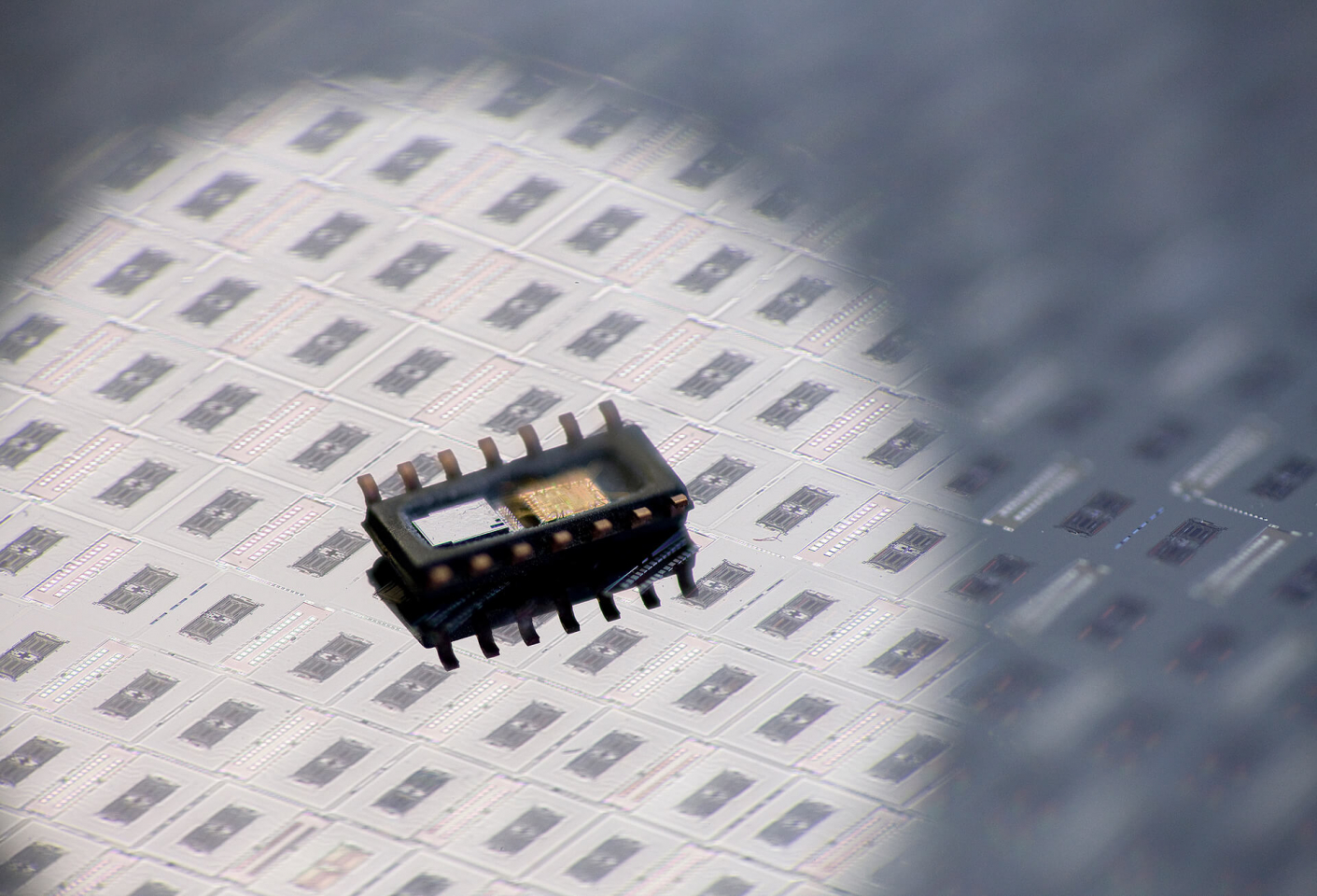 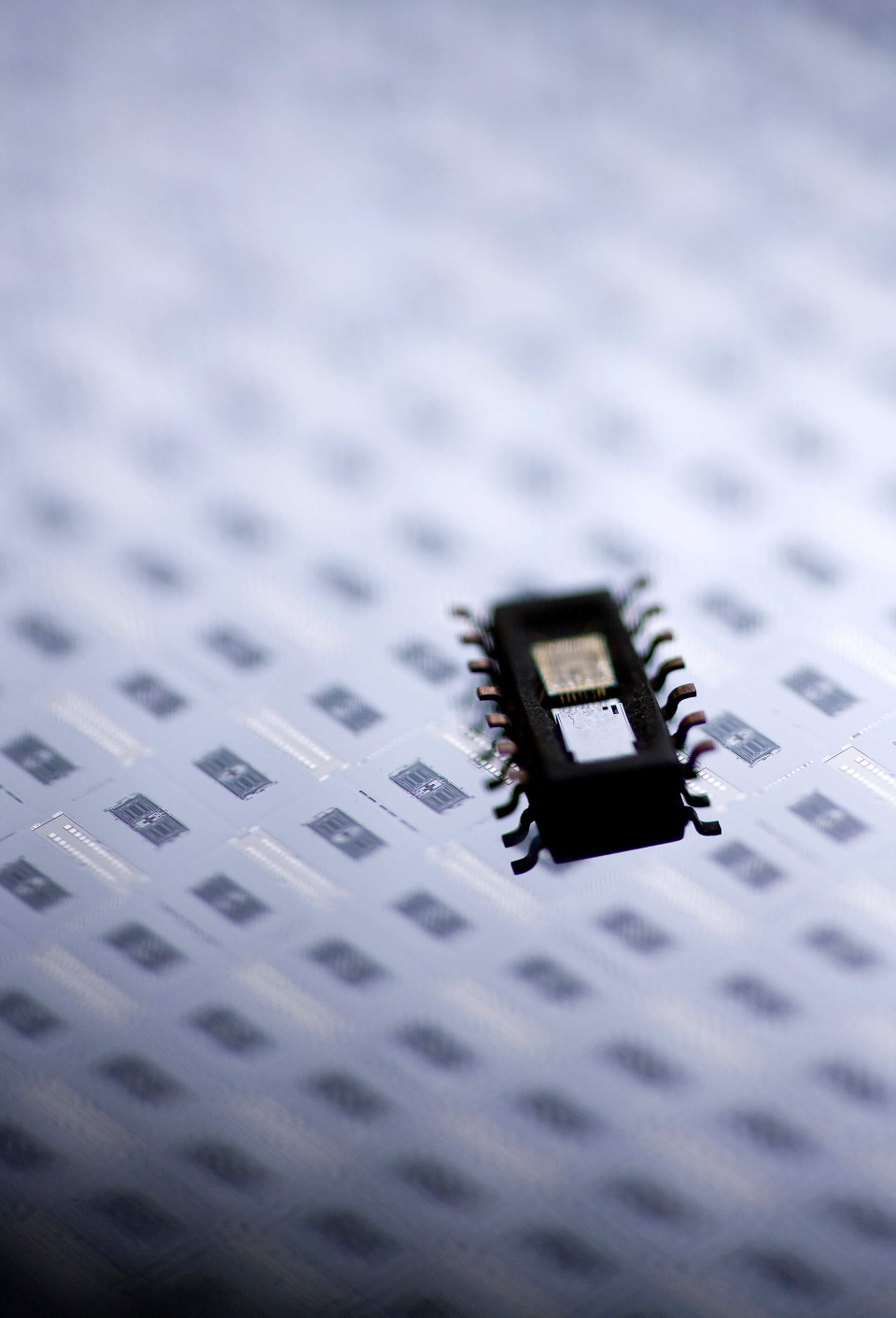 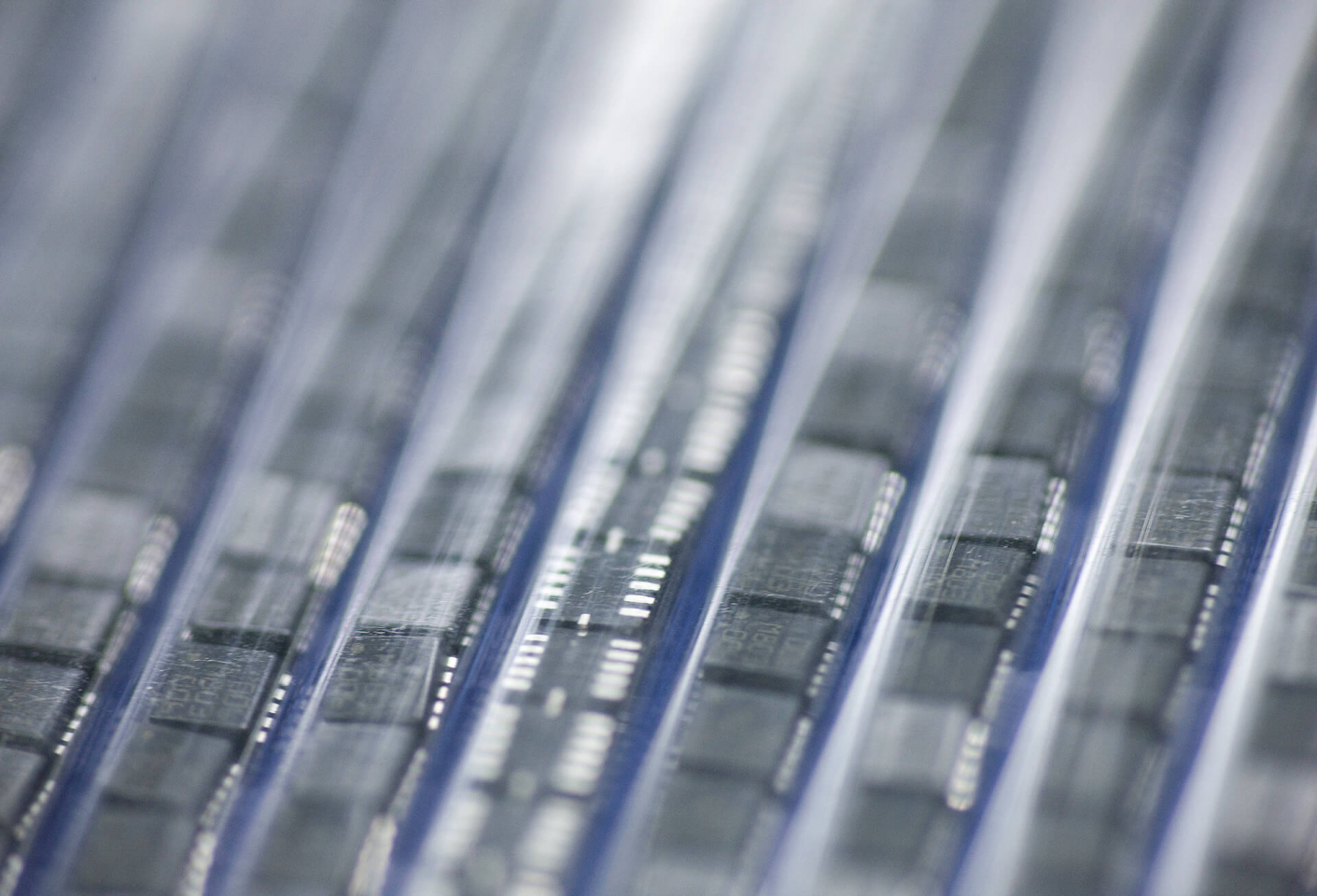 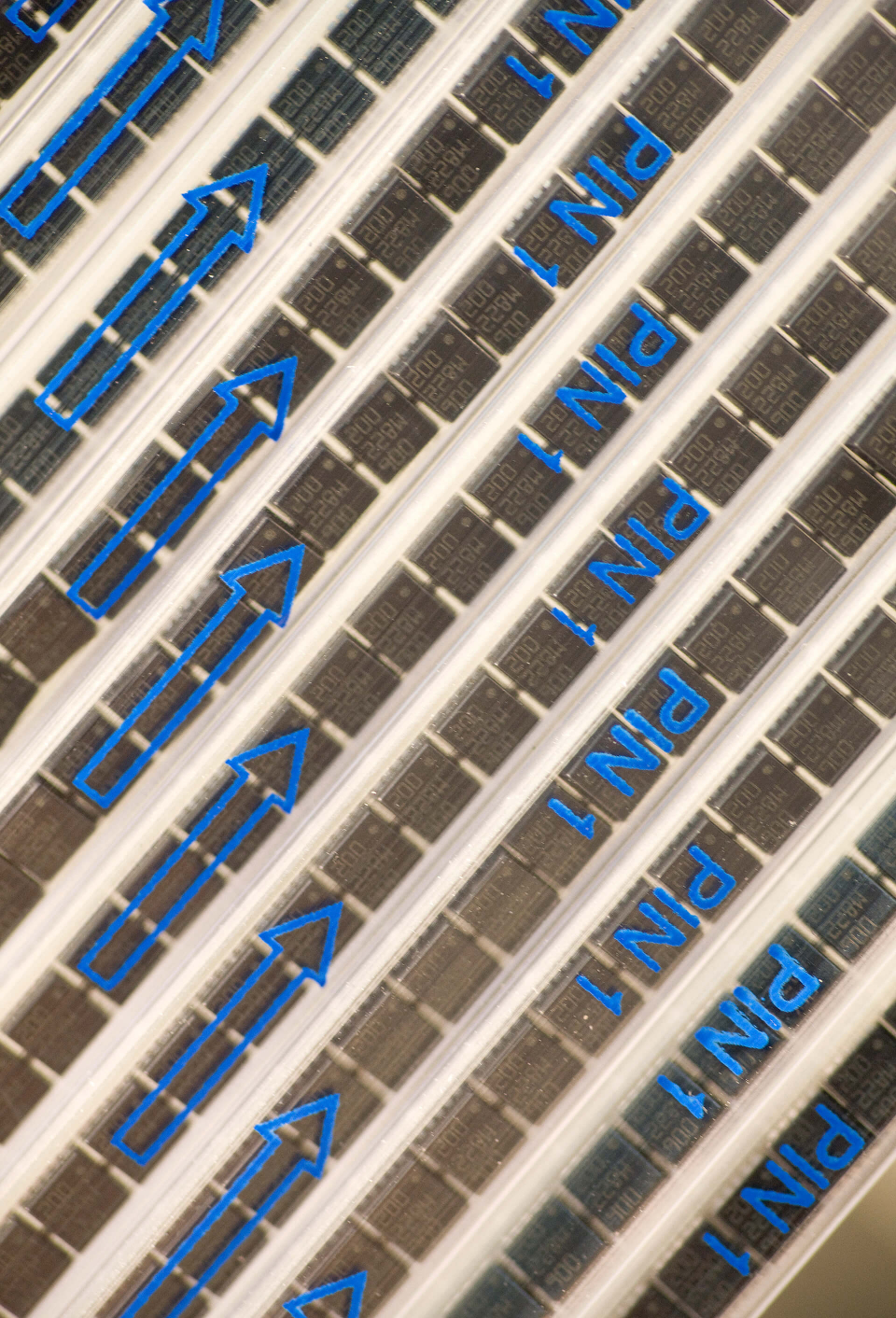 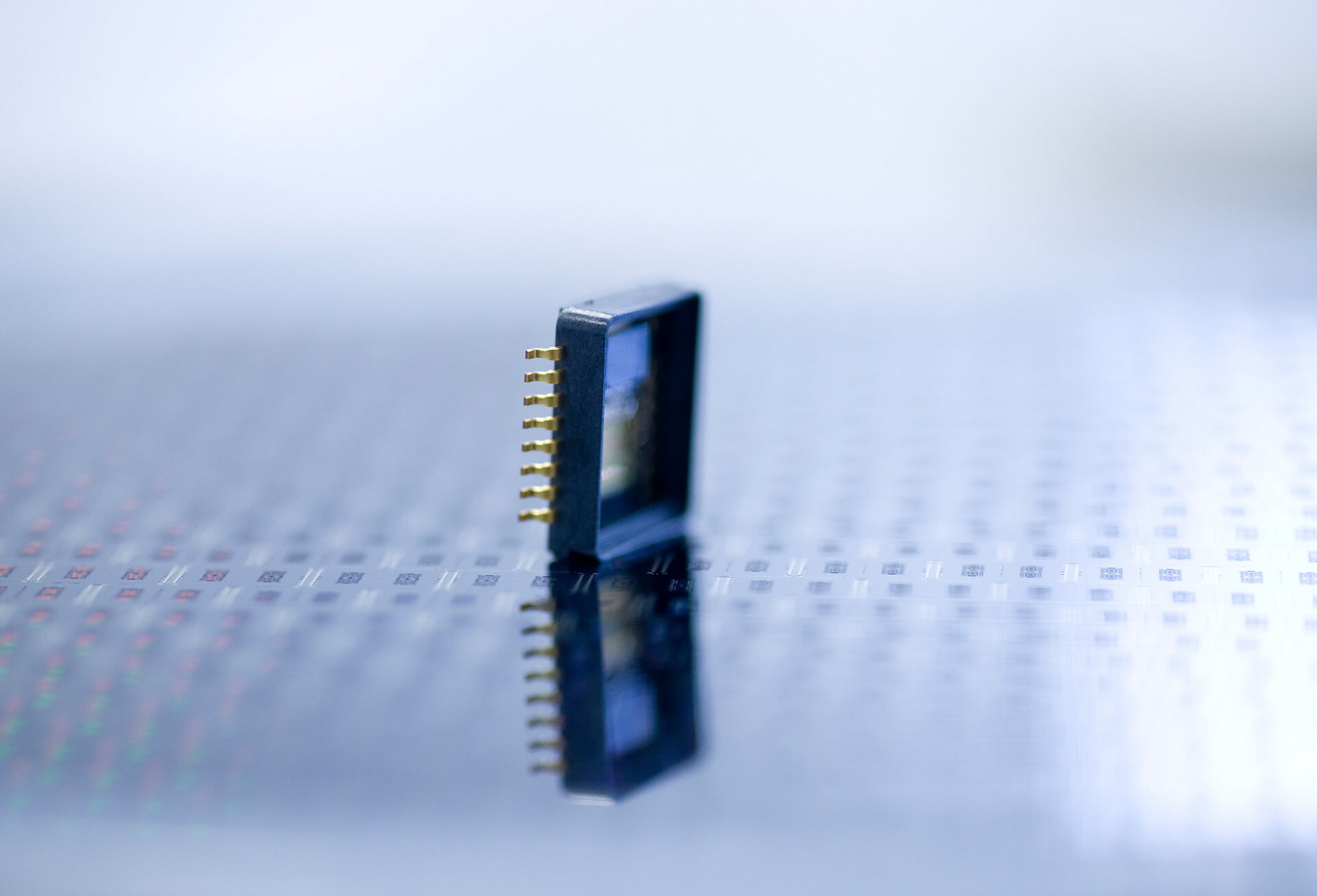 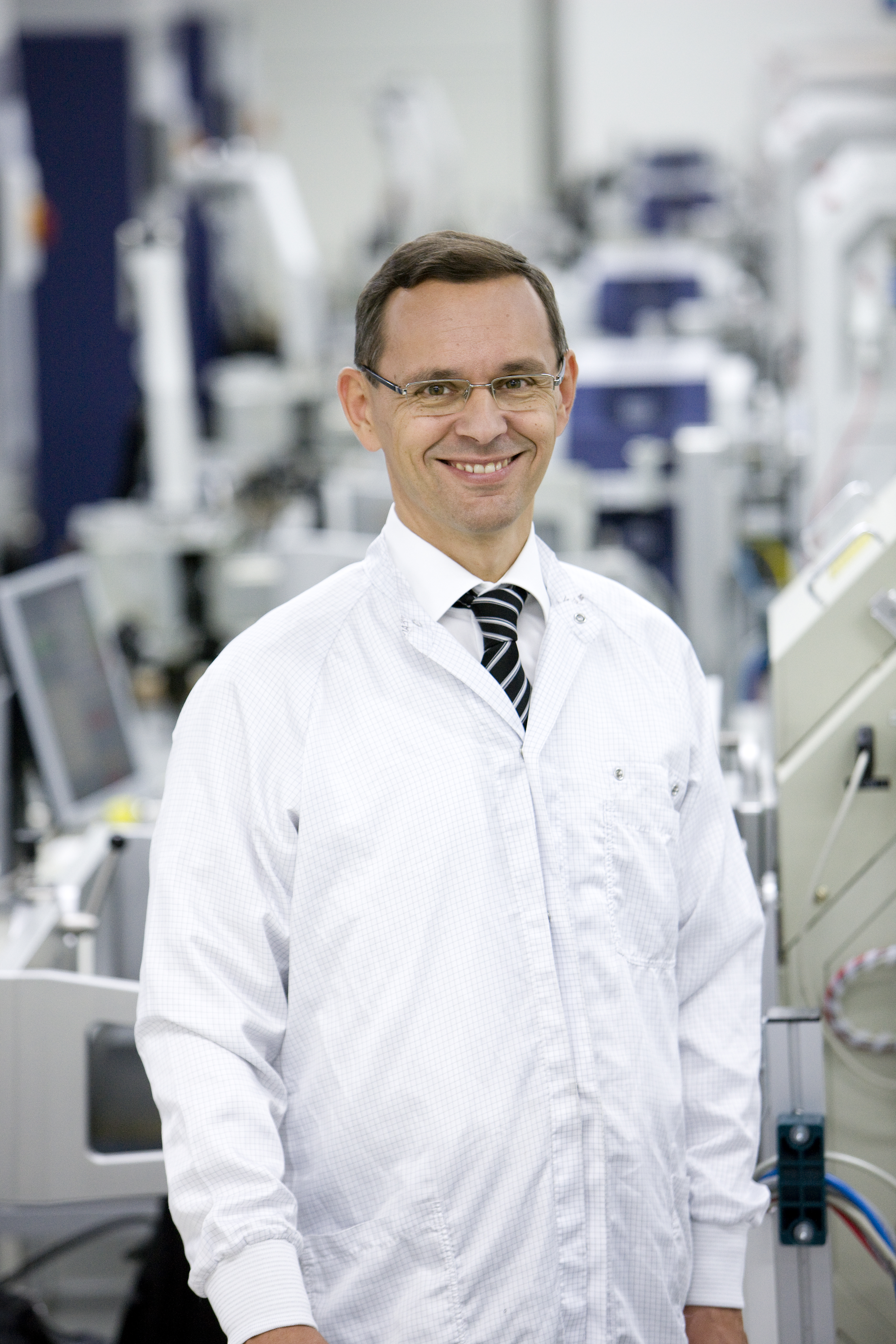 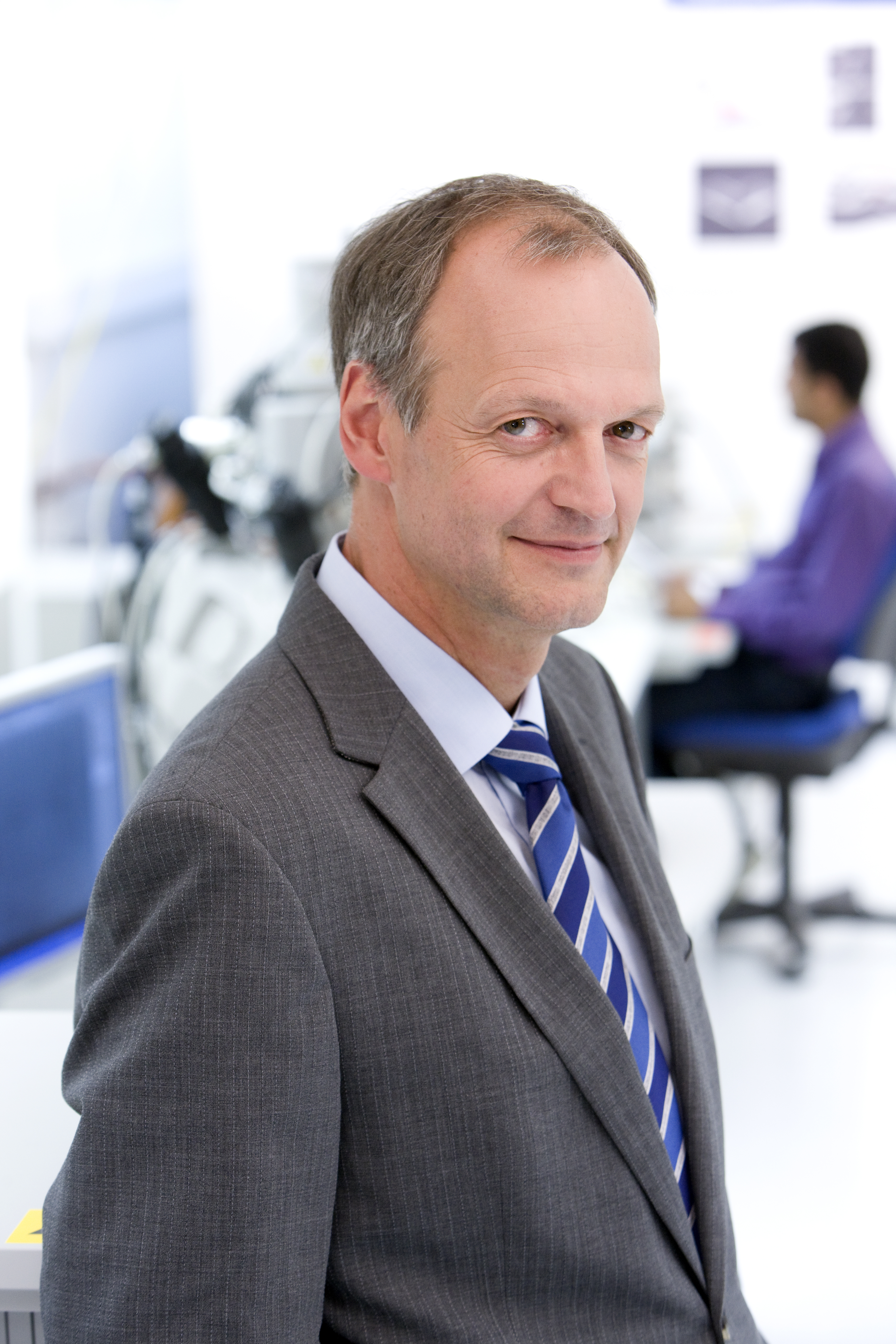 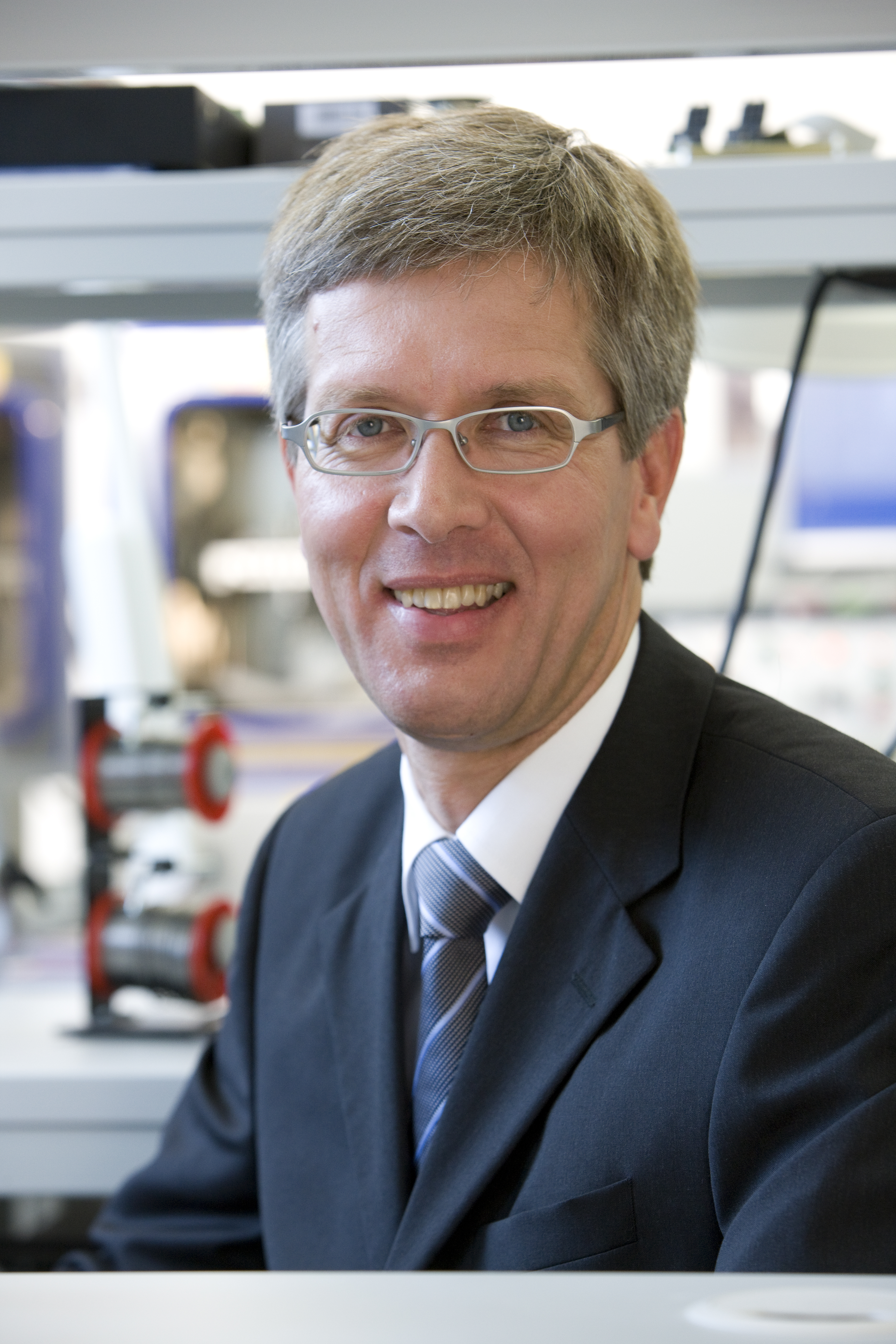 The World of Micromechanics
Micromechanics evolved from semiconductor technology in the eighties. Its goal is to apply the methods used in semiconductor micromanufacturing (coating, structuring, etching) to silicon disks, so-called wafers, to machine very small mechanical structures and components. One of the best known systems that uses these kinds of micromechanical sensors is the Electronic Stability Program (ESP) for motor vehicles developed by Bosch which, according to recent studies, is capable of reducing by 30 to 50% the number of fatal accidents due to skidding.

The merits of micromechanics are:

Micromechanical sensors have in the past almost exclusively been used in the automotive sector to lower fuel consumption and emissions, to protect passengers with passive safety systems, such as airbag systems, or to prevent skidding by means of active safety systems such as Bosch’s ESP system. Widespread use in consumer electronics, however, was completely out of the question in the past. Sensors were too large, used too much power, and were too expensive in production.

The current innovation
The nominated Bosch research team succeeded in developing a series of processes for surface micromachining and to transfer them to large batch production. The sensors fabricated using this process meet the demands of consumer electronics and open up an unexpected range of new functions. Experts consider the processes developed by Bosch to be a technical breakthrough for the industrial use of surface micromachining. The five key processes developed at Bosch are:

Significance of the Innovation
Surface micromachining has already resulted in products that give an idea of the future market opportunities: Bosch acceleration sensors measure accelerations with ultra-low power consumption and even have a wake-up function which is motion sensitive and is triggered automatically. These sensors are used in laptops to protect the hard drive from shock and vibrations or in mobile phones to allow the user to navigate the menu by tilting the device.
Mobile phones can be operated using acceleration sensors. When the phone is put down in a certain position, it automatically switches incoming calls to vibrate. Using motion-sensitive remote control devices, televisions can be controlled “with a flick of the wrist”.
Acceleration sensors in sportswear analyze an athlete’s sequences of motion to optimize training sessions.
Pressure sensors from Bosch Sensortec are used in high-precision GPS navigation systems. In large buildings, the advanced technology is accurate to within 25 centimeters, thus providing users with truly mobile navigation capabilities.
Modern middle-size class cars already incorporate some 100 high-precision, intelligent sensors to make driving safer, cleaner, more economical, and comfortable. The smaller, more robust, and cost effective sensors open up additional potential uses, particularly in regard to lowering fuel consumption and emissions as well as improving safety.
The “APSM process” paves the way for extremely thin, high-quality semiconductor chips which are in increasingly high demand in mobile electronics, such as electronic passes or RFID tags.

Micromechanics for Consumer Electronics
Most micromechanical components are found today in ink-jet printer heads and as micromirrors in video/data projectors. The Bosch Group is the world’s leading manufacturer in the specialized sector of micromechanical sensors. In 2006, Bosch turned over several hundred million dollars with micromechanical sensors for the automotive industry. More than 200 million units are now produced annually.
The market for consumer electronics applications is opening up with high growth rates thanks to the new processes of surface micromachining. Over the next five years, according to market forecasts, sales of micromechanical sensors are expected to double. The automotive sector will continue to be an important pillar of the company’s success. Bosch currently employs 2,000 for automotive applications alone. Linked to the growth in sensors, there is also an increased demand for the necessary integrated evaluation circuits. This is one of the reasons Bosch is building a new semiconductor fabrication factory in Reutlingen. It is the company’s largest single investment with 600 million Euros. It will create 800 new jobs.
With the founding of Bosch Sensortec GmbH (http://www.bosch-sensortec.com) in 2005 Bosch brings their experience in micromechanical sensors to new markets outside of the automotive sector. This in turn creates additional new jobs. Bosch Sensortec employs more than 50 people worldwide. Further growth is foreseeable in this runaway market.

The Project “Smart Sensors Take Over Consumer Electronics, Industry, and Medicine” was nominated by the Federation of German Industries (BDI). 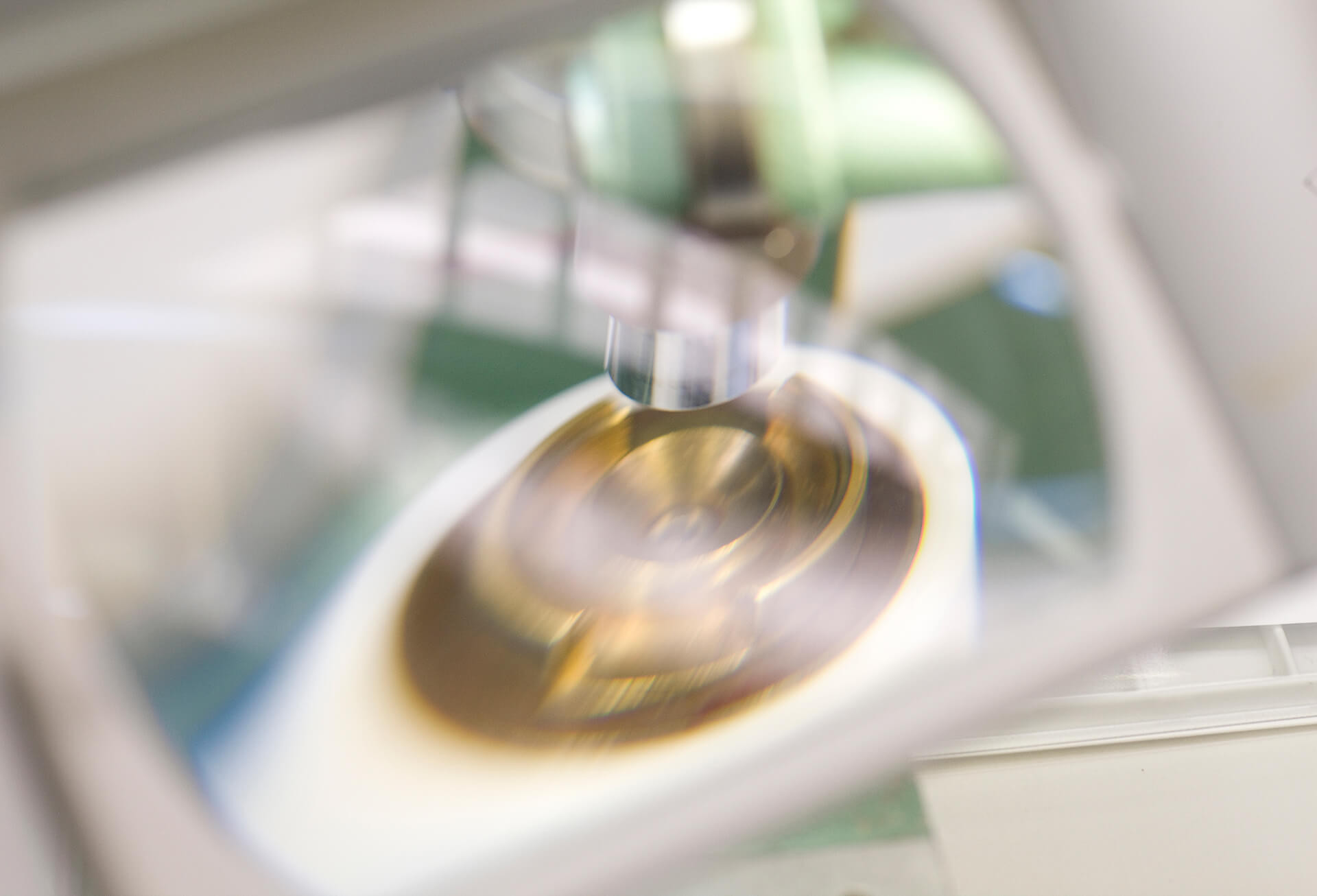