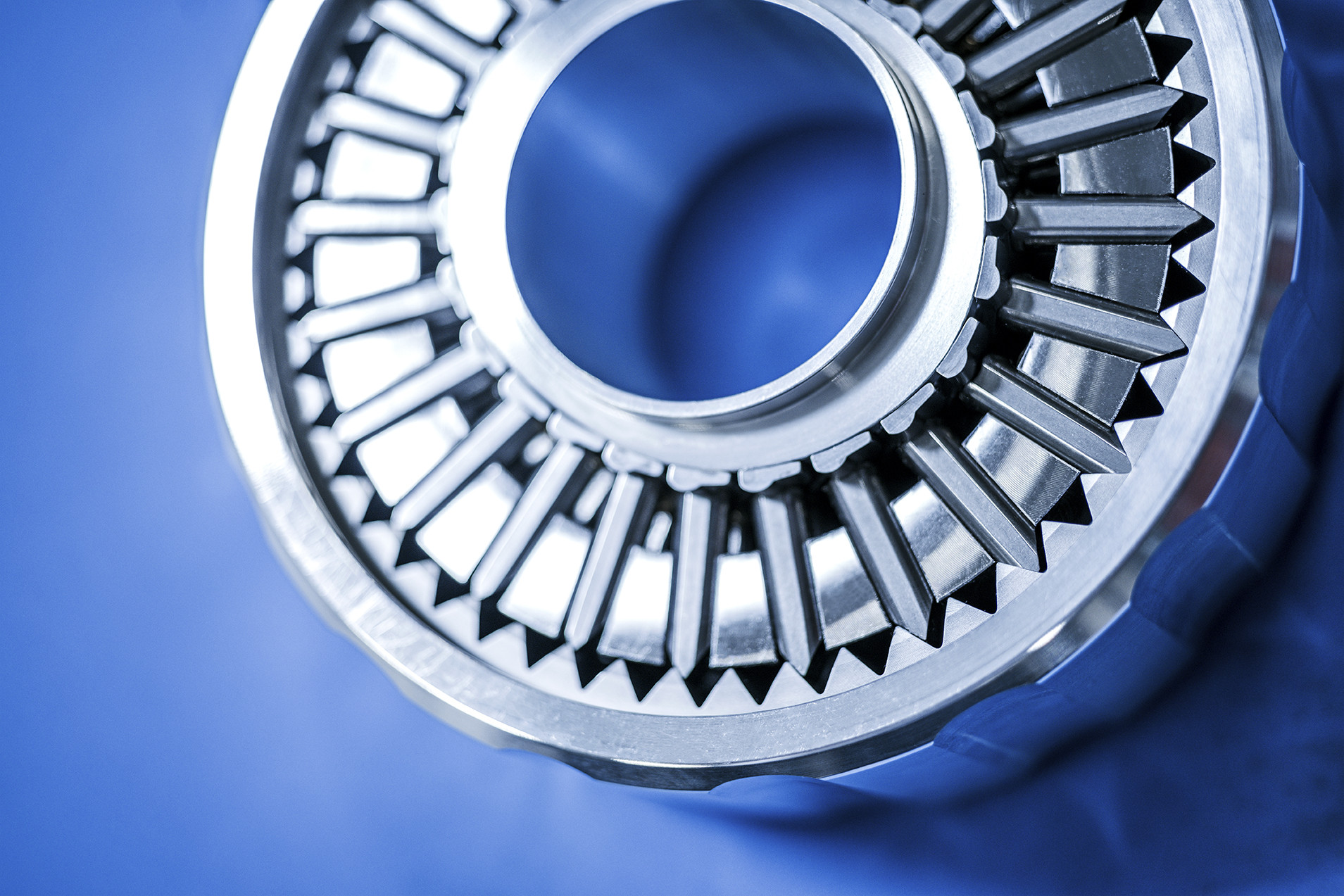 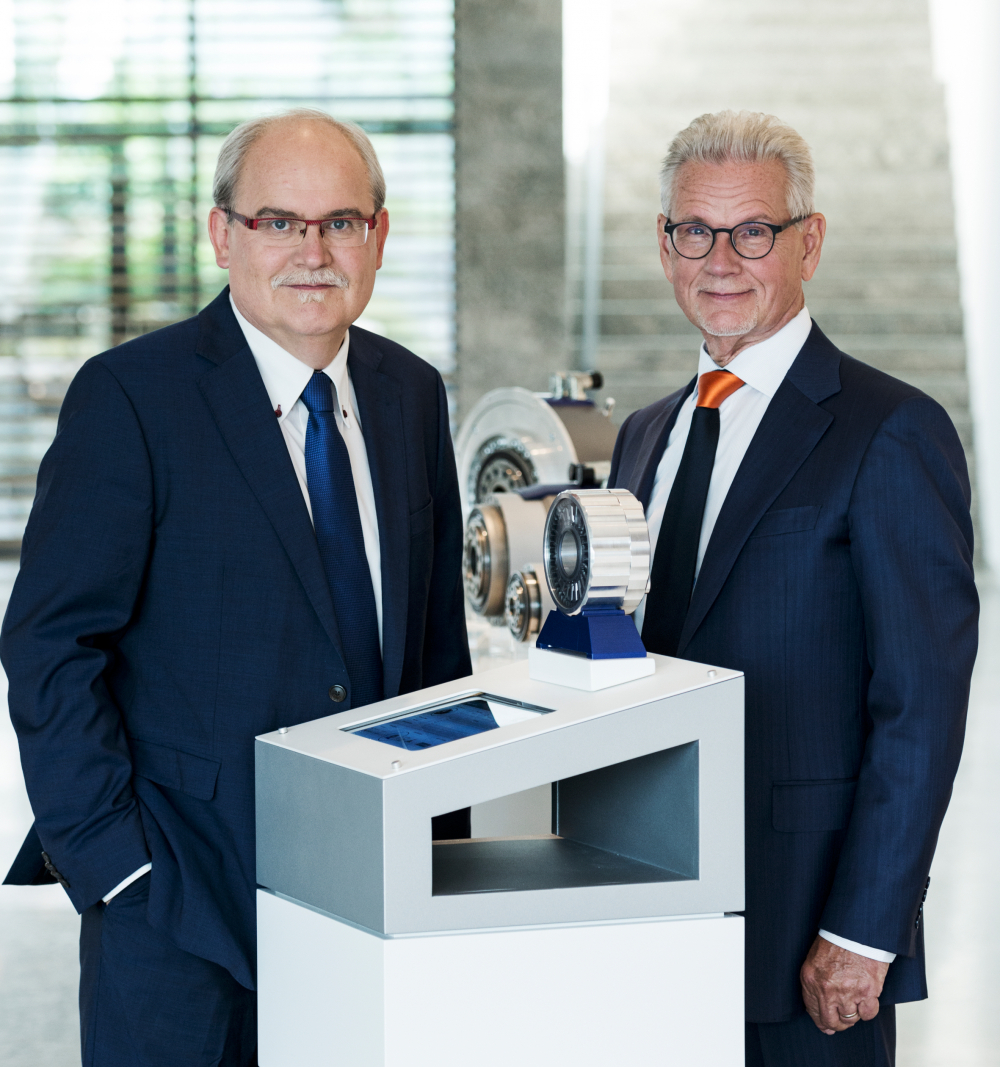 Nothing would run in many machine tools and manufacturing systems without gearboxes. The mechanical components made of toothed wheels act as torque converters and thereby ensure the transmission of the right forces and movements. Despite the enormous importance of gearboxes to manufacturing, improvements have been very slow in coming. What is the best possible way to exploit the full potential of gearboxes in terms of efficiency and performance? 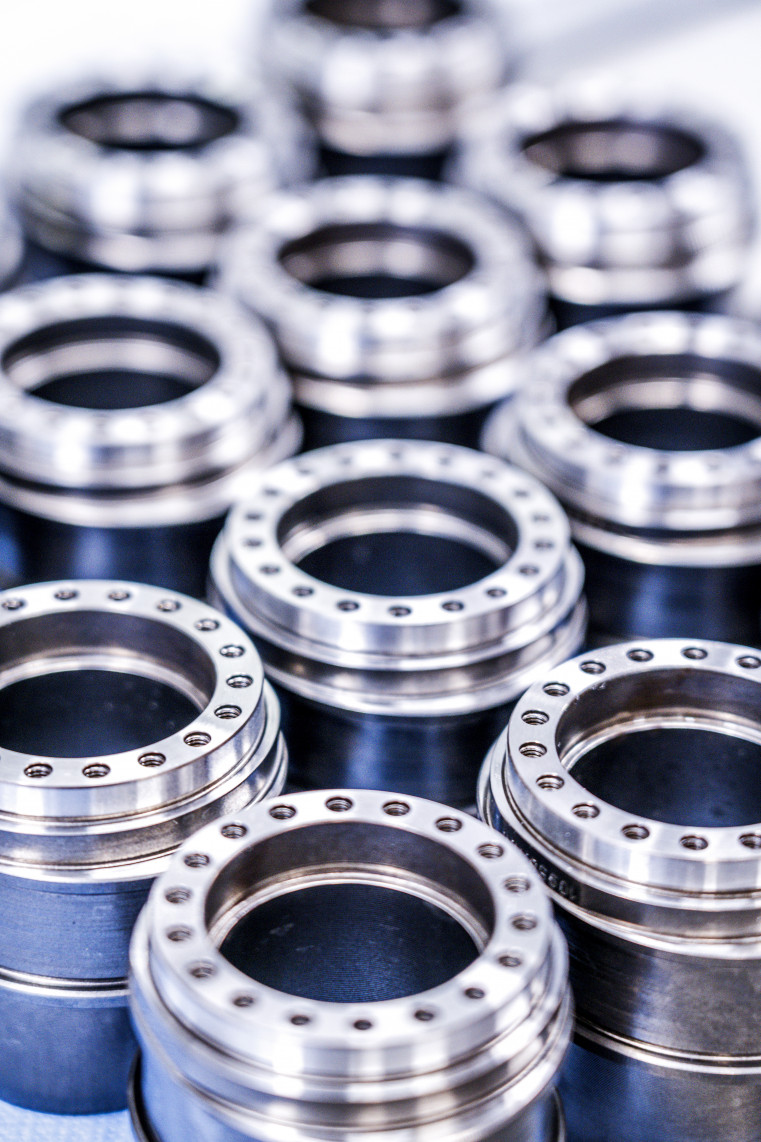 Dipl.-Ing. (FH) Thomas Bayer and Dr.-Ing. E.h. Manfred Wittenstein have answered this question with a technical sensation. Both engineers were not satisfied with a modest correction or improvement. Instead of concentrating on the finer points of gearbox mechanics, they went to the very root of the challenge: the nominated innovators invented a completely new type of gearbox that is a radical departure from the conventional variants. They achieved a definite improvement in all performance characteristics, in some cases exponentially - and used much less energy and material. Thomas Bayer is head of the company's Innovation Lab, Manfred Wittenstein is Chairman of the Supervisory Board at Wittenstein SE in the city of Ingersheim in the federal state of Baden-Württemberg. 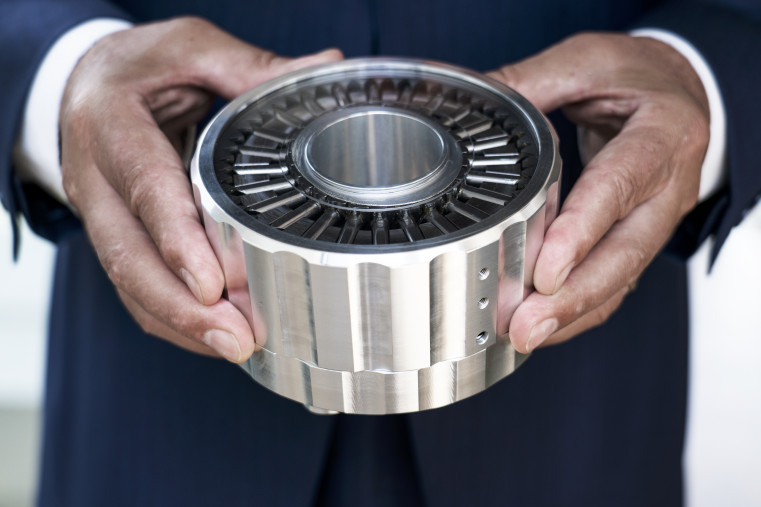 Whether in machine tools, milling heads or welding robots: gearboxes are found in many technical devices. They are the veritable heart of the machines. Countless manufacturing steps in industrial production would be impossible without them. The result: because they are so commonly used, technical progress in gearbox design has a direct and global impact on production costs and energy consumption. Until recently, the further development of gearboxes has progressed at a snail's pace, taking the form of changes in individual technical parameters.

Yet there is much that could be improved. All conventional types of gearboxes, for example, suffer from one basic problem: only a very small percentage of the teeth engage while the others are at rest. The bearing teeth also only engage part of the surface or have linear contact. Most of the tooth surface literally is up in the air. This limits the productivity of machines, robots and production systems.

It is precisely this issue that the nominees addressed. They developed an entirely new gearbox concept that eliminates the previous shortcomings. The principle of the innovative "Galaxie" gearbox is based on several principles: force and torque are no longer transmitted by means of rigid gearwheels, but by individual dynamic teeth that move and engage independent of each other. Instead of rotating in opposite directions, they slide up and down - against a segmented outer race ring that is split at set intervals. Moreover, a large number of teeth engage at all times with full-surface contact. This is made possible by the teeth design as a logarithmic spiral: a mathematical model also found in nature. This shape is found wherever high efficiency is needed in the expenditure of energy or material - as in a snail's shell, in the arrangement of sunflower seeds and in spiral galaxies. It was also the inspiration for the name of the new gearbox type. From a technical standpoint, the gearboxes are highly efficient and improve productivity by up to 40%. They can be built in a much more compact design than conventional gearboxes, are unbeatable when it comes to precision and have excellent performance values: at maximum torque and rigidity they exceed previous gearbox types by several hundred percent. At the same time, the new and unusual drives need less energy and have a significantly higher efficiency.

With their revolutionary concept, the nominees have overcome technical obstacles that many experts had considered insurmountable. They took a completely novel approach - and were successful. Their invention is the first revolutionary innovation in gearbox technology in decades. The technology which was developed exclusively at the SMB in North Württemberg is now ready to go into series production and is already being used successfully by the first customers. Most applications are currently in manufacturing. The innovative gearboxes are helping to machine metal or wood or to laminate carbon fibers for aircraft. In future, they could also be used in wind turbines, exoskeletons and service robots - or as drive systems for electric cars. The demand for high-quality precision gearboxes worldwide is for almost 10 million units per year. In future, small and affordable gearboxes made of plastic are to be added to the product offerings. They are used in seat adjusters and electric parking brakes in motor vehicles. Annual demand for these products is over 500 million gearboxes.

The Wittenstein company holds about 120 patents on the innovative drive system. They are currently ramping up for series production and working on an improved production process. The firm has founded a start-up for further development and marketing of the drive systems. The business prospects are outstanding: Wittenstein anticipates annual sales figures to double. The full market potential is estimated at around € 280m per year.

The right to nominate outstanding achievements for the Deutscher Zukunftspreis is incumbent on leading German institutions in science and industry as well as foundations. The project " A radically new gearbox class – productivity leaps in the engineering industry" was submitted by “Chambers of Commerce and Industry, CCI”. 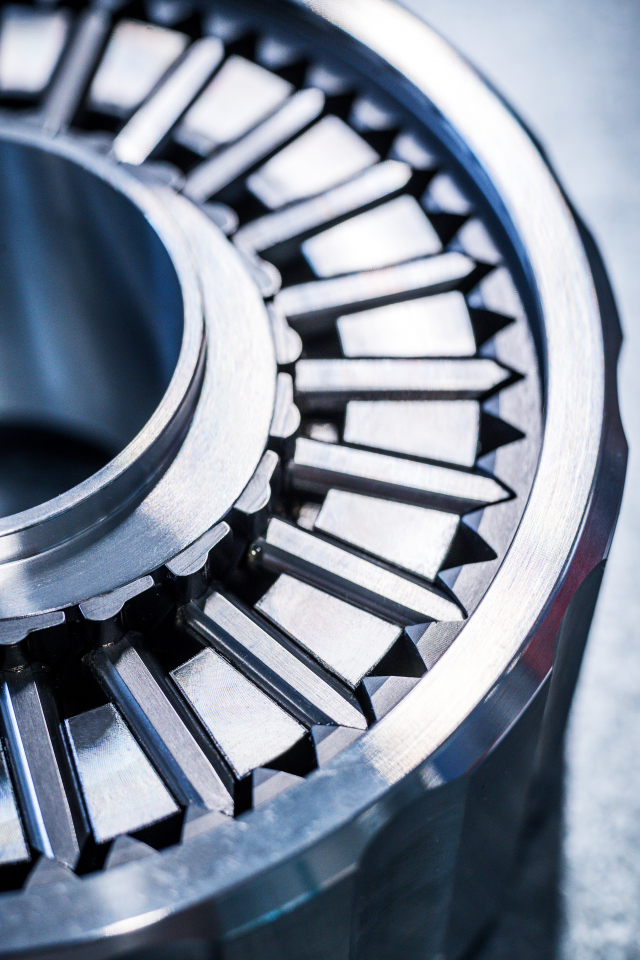 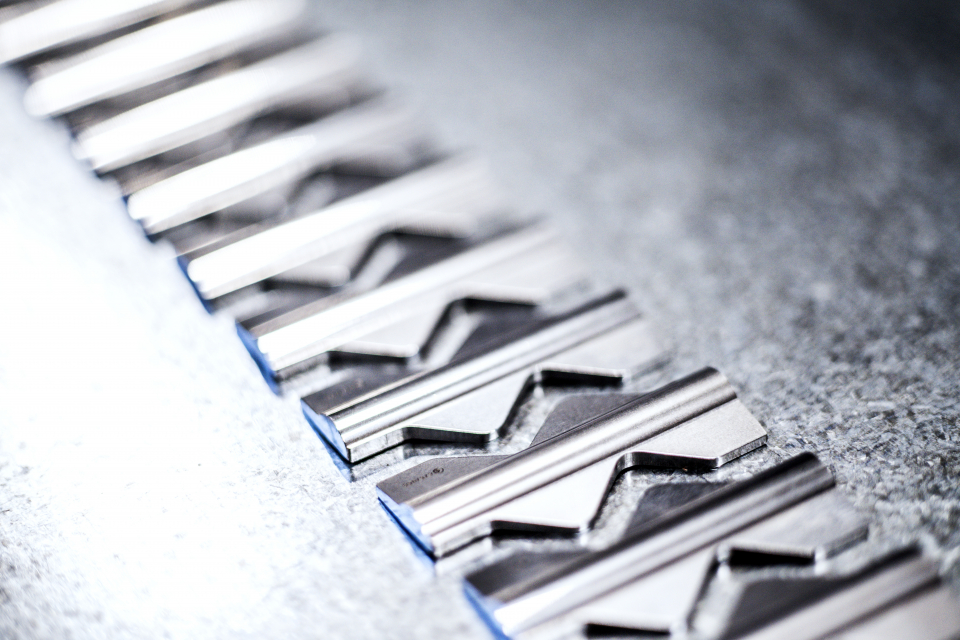 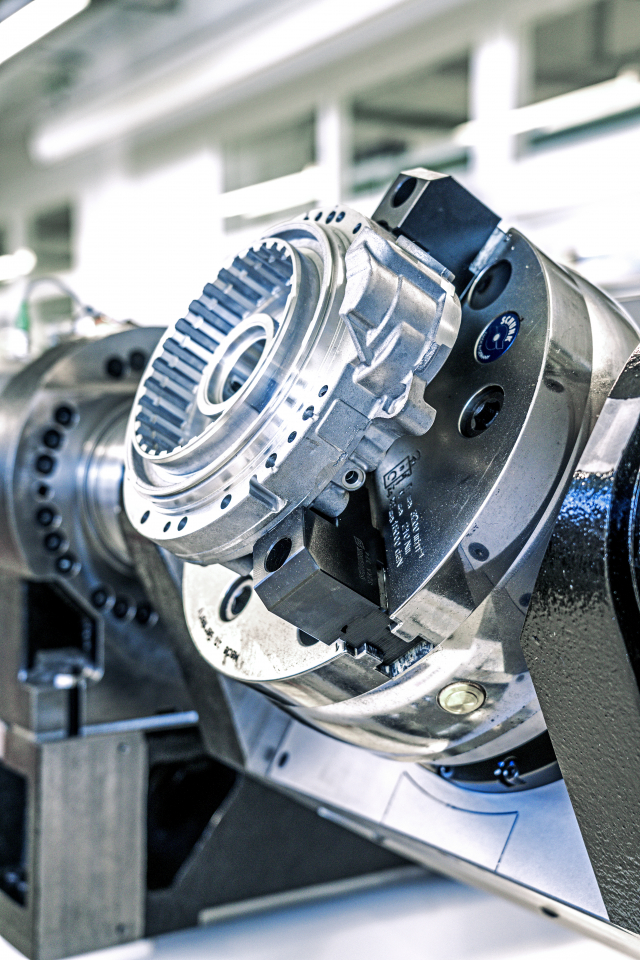 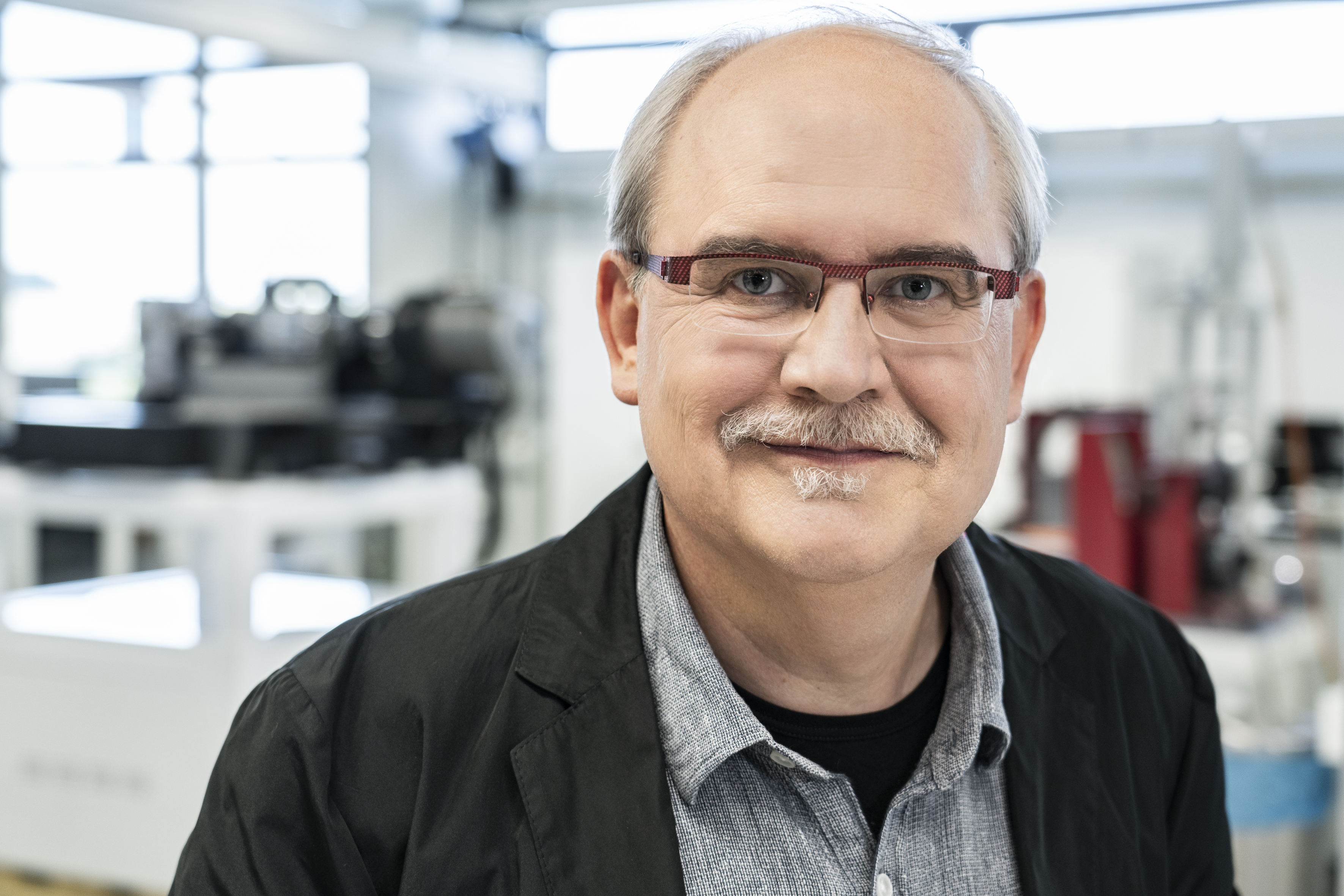 since 1996
Member of the Scientific Advisory Council and longstanding Chairman of the Innovation Management think tank within the German Research Association for Power Transmission (FVA)
since 2007
Honorary lecturer at the University of Würzburg, the CDHK at Tongji University in Shanghai and Mosbach University of Cooperative Education, with seminars on innovation management and the theory of inventive problem solving (TRIZ)
since 2014
Business Coach (EMCC European Mentoring & Coaching Council) 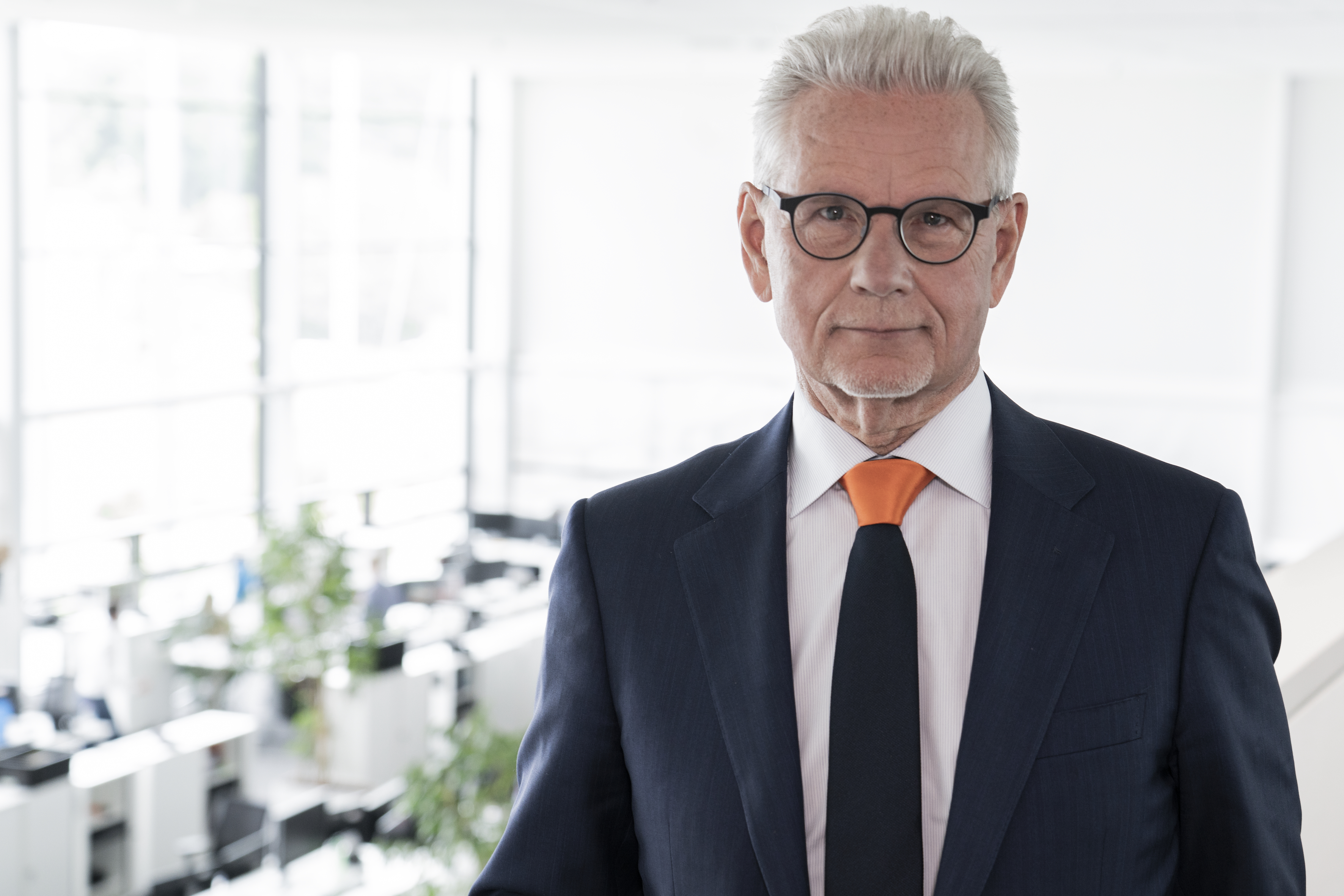 1997
Winner of the state of Baden-Württemberg's Business Medal for outstanding services to industry
2002
Winner of the Staufer Medal for special services to the state of Baden-Württemberg
2003
"Pro Ehrenamt" award in the Business category for the promotion of honorary commitment to sports
2007
Honorary Senator of the Baden-Württemberg Cooperative State University Mosbach
2008
Honorary doctorate of engineering (Dr.-Ing. E.h.) from the Faculty of Mechanical Engineering at TU Munich "in recognition of his outstanding achievements and ideas in the research and development of innovative drive systems as well as pioneering corporate governance"
2010
Holder of the Order of Merit of the Federal Republic of Germany (Cross) for "business success and social responsibility"
2011
"Entrepreneur of the Year 2011" in the "Industry" category
2012
German representative in the "World Entrepreneur of the Year 2012" awards and admittance to the Hall of Fame as one of the world's top entrepreneurs
2015
Winner of the "German Mechanical Engineering Prize 2015" for his life's work and the establishment of a culture of innovation throughout the WITTENSTEIN Group
2015
Holder of the Grashof medal of the VDI (Association of German Engineers) for outstanding professional services in the field of science and technology
2015
Member of the Conrad Matschoss Circle of the VDI (Association of German Engineers) as holder of the Grashof medal

Gearboxes are an essential precondition of numerous industrial manufacturing operations; without them, it would be impossible to transmit high forces with the necessary high precision. The drawback: regardless of the gearbox type, only a few teeth at once of the gear wheel engage during power transmission – the majority remain unused. This places limitations on the productivity of machinery, robots and automation systems. The question was therefore “What kind of gearbox is needed to achieve next-generation performance?”.

Dr. Manfred Wittenstein, Thomas Bayer and their team came up with a groundbreaking solution: a radically new gearbox class was born. The innovative heart is the individual teeth which make full surface contact during power transmission.. This novel gearbox design enabled fundamentally better performance. Manfred Wittenstein is Supervisory Board Chairman at the Igersheim firm of WITTENSTEIN SE, where Thomas Bayer works as Manager Innovation Lab.

All gearbox types are traditionally based on gear wheels, yet irrespective of the concept they offer only restricted potential for further innovation. What’s more, enhancements of specific performance features are inevitably offset by compromises to one or more other features. To develop a gearbox that is clearly superior in all disciplines, it was necessary to overturn established thinking.

The engineers charged with this task hit on a truly revolutionary idea: to do away with the classic gear wheel as the central gearbox component. In the new gearbox class, the gear wheel is replaced by many individual teeth, an extremely large number of which now engage simultaneously. The inventors modeled these teeth on a logarithmic spiral – a geometric form which also occurs in nature whenever materials and energy are required to be utilized as efficiently as possible. In contrast to conventional gearboxes with gear wheels that make linear contact, power is transmitted by surface contact. The new gearbox has a tooth contact surface which is almost seven times larger than that of a normal planetary gearbox.

The revolutionary concept laid the foundation for improving performance several times over. The new gearbox class beats established gearbox principles hands down in all important technical disciplines. Extreme torque density, torsional rigidity, synchronization and positioning accuracy and absolute freedom from backlash are just a few examples. In short, the gearbox is an enabler for the next generation in mechanical engineering. It is now up to designers and engineers to completely rethink existing machine concepts and realize genuine developmental leaps. They are no longer forced to settle for compromises – for instance, when maximum precision and torque density are specified simultaneously.

Various launching customers have been using the new gearbox for the last few years. Their precision and productivity have been significantly boosted as a result. Machining operations on lathes are much faster, for example, and the service life of the tools is far longer. Unwanted vibration of spline rolling machines has been reduced to a minimum and the machining time is now appreciably shorter. A new five-axis milling machine has been developed with double the usual removal rate.

The potential waiting to be unlocked by the new gearbox class is enormous. For the general market launch, WITTENSTEIN will focus on precision gearboxes for the engineering industry. The demand for these equates to around 9.4 million units worldwide. Plans are already under way for other versions made from plastic. They will mainly be targeted at the consumer goods and automotive industries – for instance, for seat adjusters or electric parking brakes, of which more than 500 million are manufactured per year. Umpteen inquiries have also been received from customers in robotics, the navy, aerospace, renewable energy and e-mobility.

This disruptive innovation was developed entirely in Germany. The new gearbox was honored with the Hermes Award at the Hannover Messe 2015, and it also won the Innovation Award of the German Economy in 2016. A dedicated startup employing some 35 people is presently responsible for development, production and marketing. Yet the impacts on a variety of industrial sectors are infinitely greater. The innovation gives companies a technology lead with clear competitive advantages that protect existing jobs and create new ones.

The right to nominate outstanding achievements for the Deutscher Zukunftspreis is incumbent on leading German institutions in science and industry as well as foundations.
The project " A radically new gearbox class – productivity leaps in the engineering industry" was submitted by “Chambers of Commerce and Industry, CCI”. 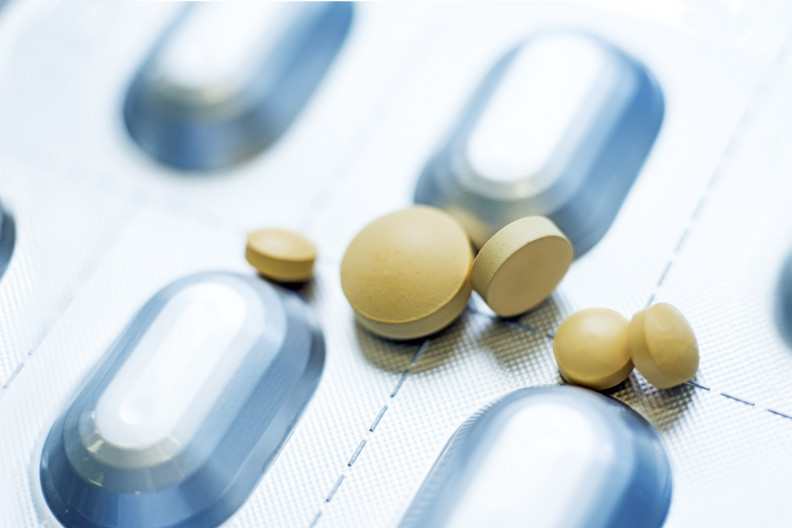