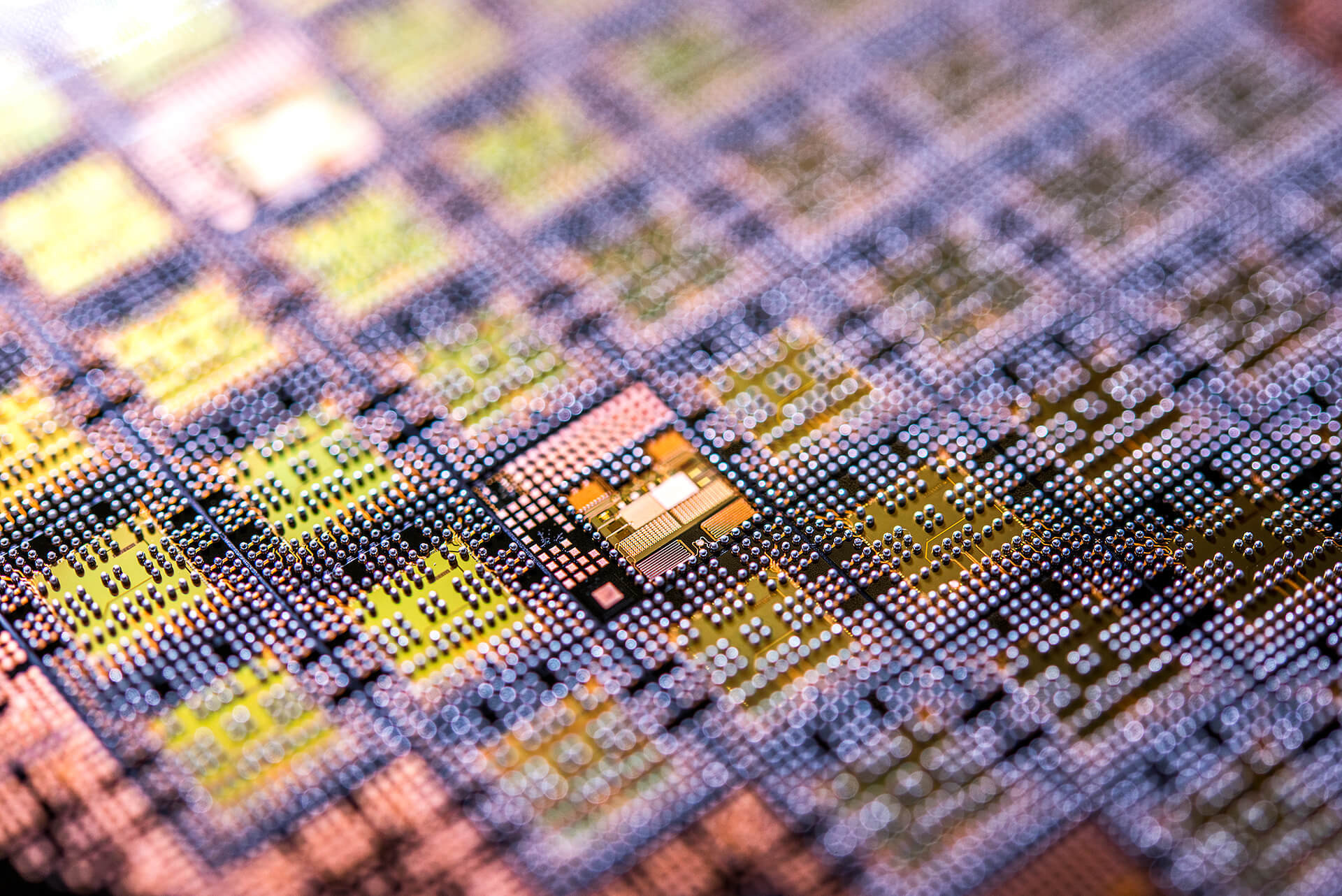 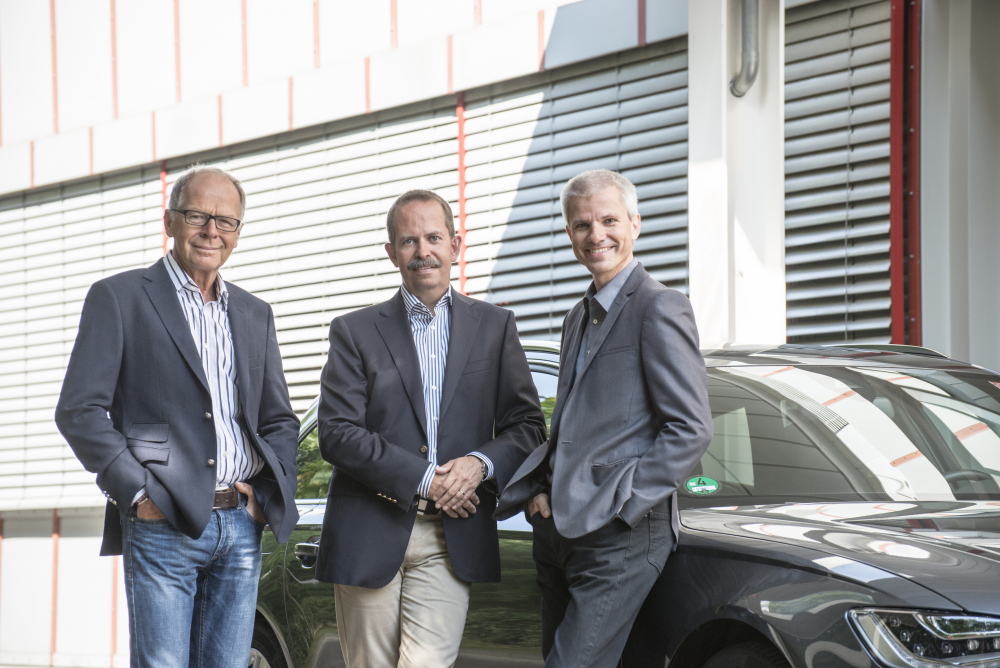 Driving has become increasingly safer over the past few decades. Yet several thousand traffic accidents still result in severe or fatal injuries every year in Germany. How can the number of accidents be reduced? 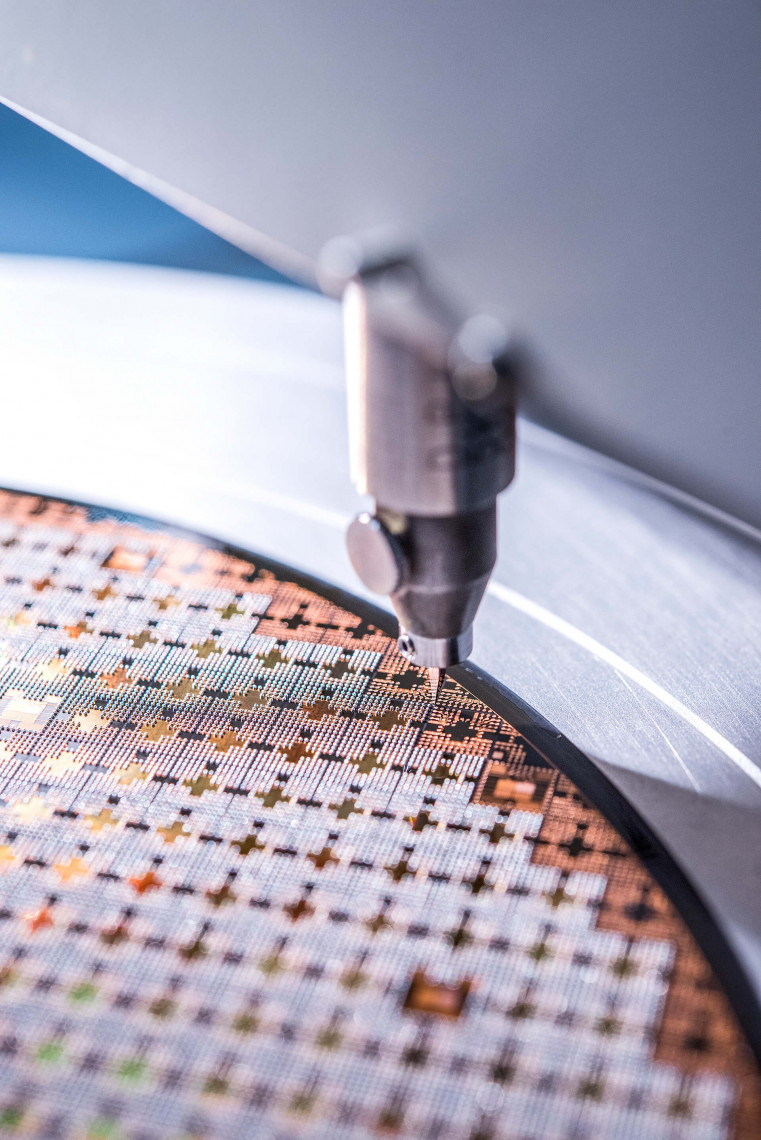 Dipl.-Ing. Ralf Bornefeld, Dr.-Ing. Walter Hartner and Dr. rer. nat. Rudolf Lachner have the answer: Introduce active safety systems that automatically intervene if an accident is imminent. The three researchers have laid the foundation for cost-efficient manufacturing of these types of systems, making them affordable for small and medium class cars. They introduced two innovations: a manufacturing technology for radar chips based on silicon and silicon-germanium (SiGe) as well as a packaging technology. The three nominees are employed at Infineon Technologies AG: Ralf Bornefeld heads the Sensors for Automotive Applications division, Rudolf Lachner is responsible for the development of silicon-based millimeter wave technologies, Walter Hartner is Project Manager for eWLB packaging technologies. 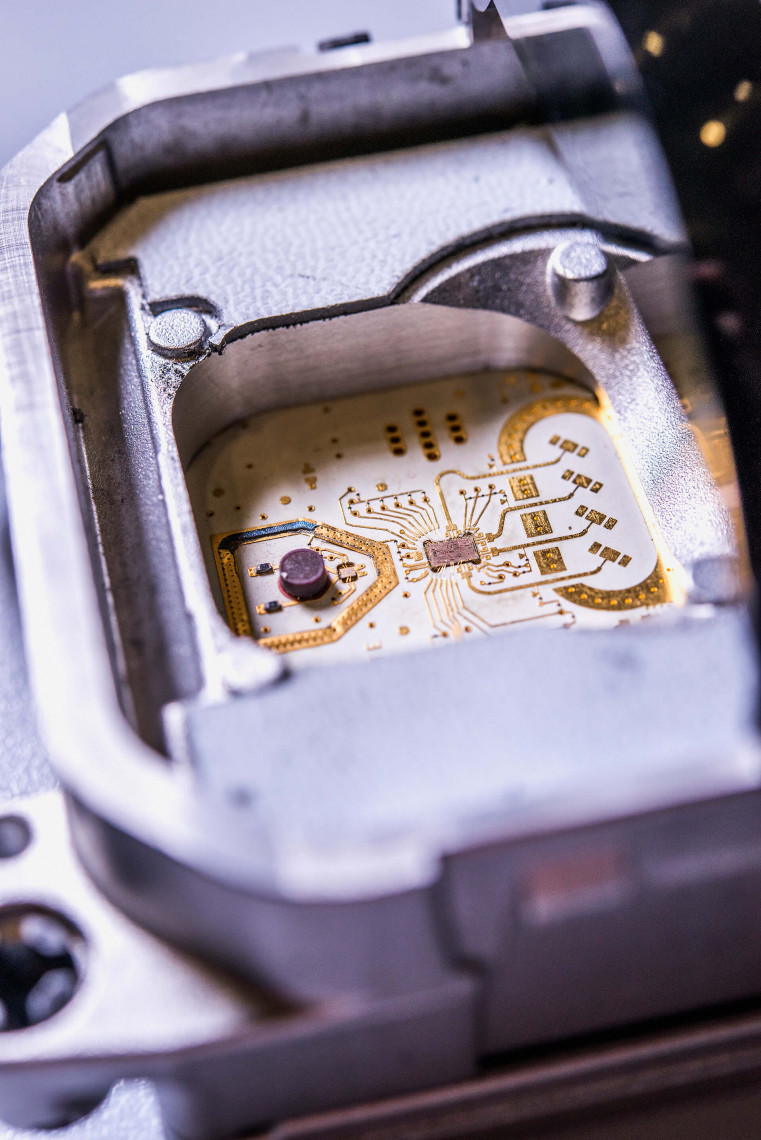 A number of passive safety systems which have gradually been included in cars since the 1970's - like ABS, airbags and side airbags - have reduced the number of traffic accident-related injuries and fatalities. It is hoped that active systems will now continue this trend. They are capable of recognizing pedestrians, detecting blind spots, warning drivers if they fail to maintain enough distance from other vehicles and even apply the brakes in an emergency. Each of these functions is made possible by radar sensors: These contain microchips that send and receive electromagnetic millimeter waves in the frequency range of 77 Gigahertz. Driver assist systems using radar function safely and reliably in the dark, inclement weather or when visibility is poor due to dazzling. In the past, these radar systems have been so expensive that they were only installed in premium-class vehicles.

But the Infineon researchers have changed all this with their innovations. Instead of choosing gallium arsenide which is the material commonly used in semiconductor production, they opted for silicon and silicon germanium. This allowed them to make use of proved and tested manufacturing technologies long applied in the large scale production of processors and memory for cell phones or computers. This considerably lowers the cost of manufacturing radar systems - and makes a higher integration possible: the sensor's send and receive functions can now be consolidated in a maximum of two radar chips.

Researchers also adapted a packaging technology to the stricter requirements in the radar high-frequency range which in the past were only able to be used for mobile service applications. With the optimized eWLB technology (embedded Wafer-Level Ball Grid Array) Infineon can integrate radar chips in a robust package prior to delivery which makes further processing easier and less expensive for car system manufacturers.

The combination of both innovations is a breakthrough for radar in the automotive sector. Sensors for active safety systems can thus be manufactured so affordably that they are now also attractive to small car buyers. Within a few years of the introduction of the new manufacturing and packaging technology, they will be available as equipment extras for vehicles of all classes. Affordable radar sensors will also stimulate the development of autonomous vehicles that are capable of driving, steering and parking without driver intervention. Reliable active systems are essential for the safety of autonomous self-driving cars.

Radar technology is of great economic importance: experts from the Strategy Analytics market research institute expect the market for radar sensors to increase by around 4 percent per year over the next few years. Infineon stands to profit - thanks to a technical advantage over the competition. This reinforces Germany's status as a manufacturing center because it is home to most of Infineon's research and development, but also to the manufacturing of the radar chips. 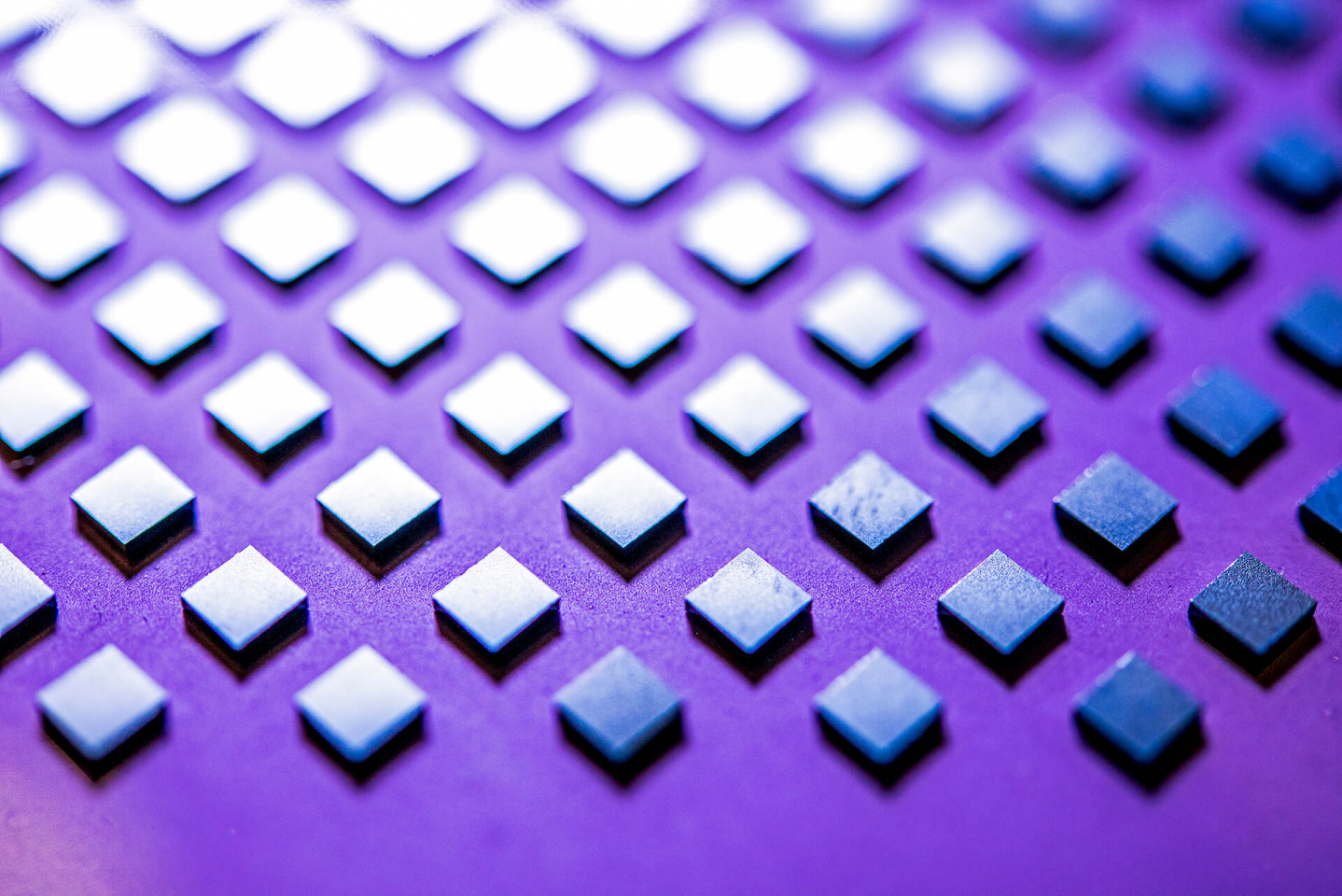 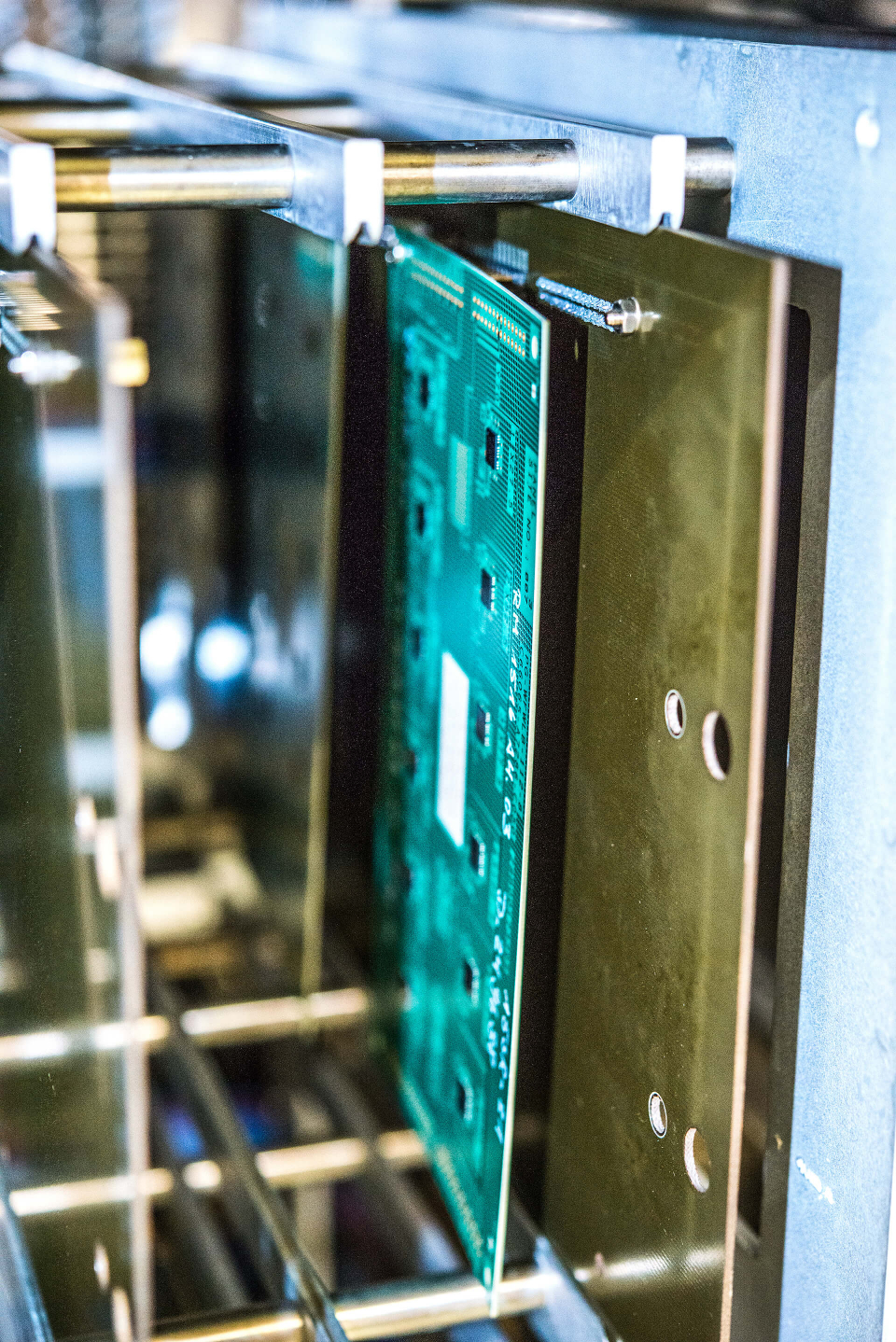 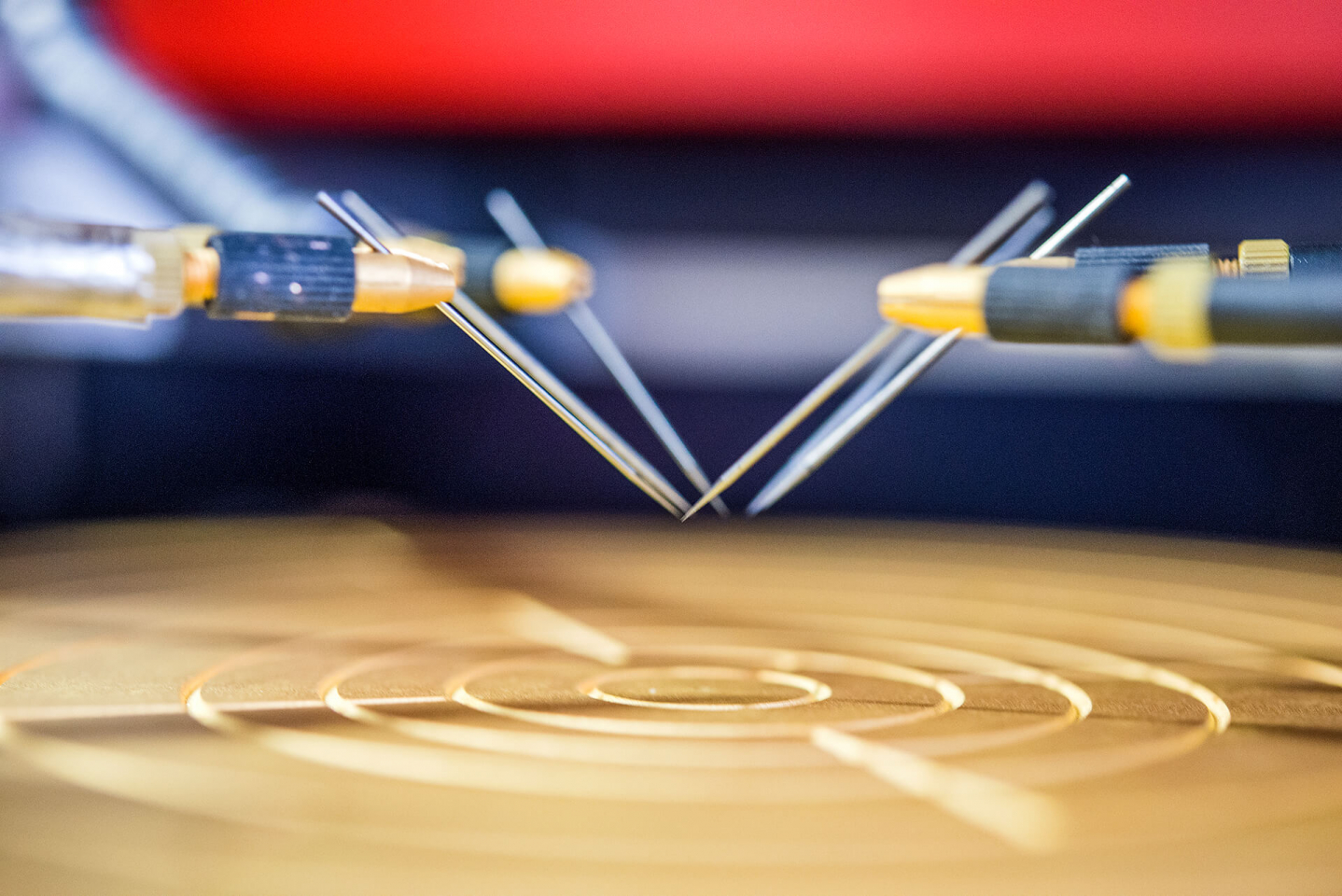 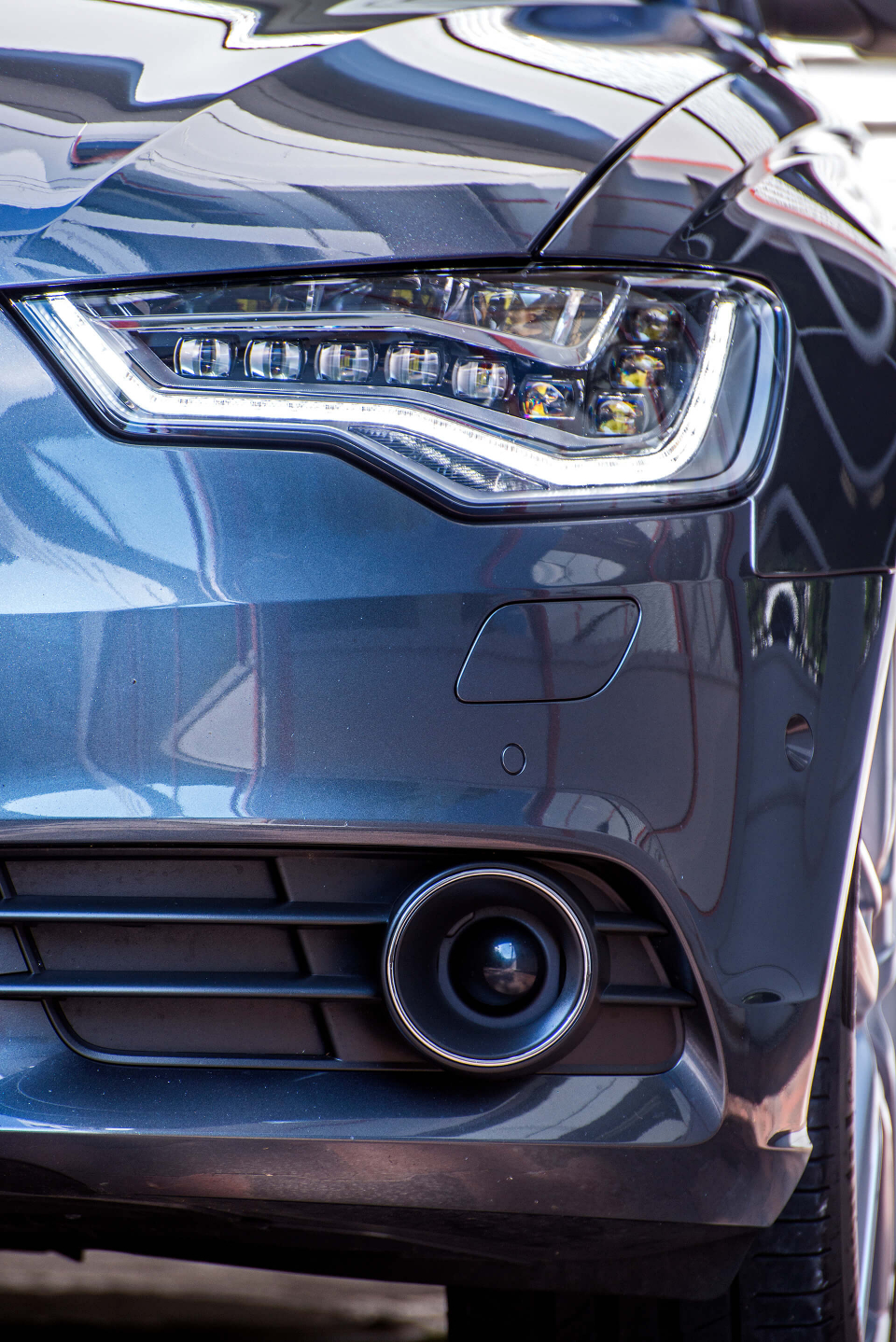 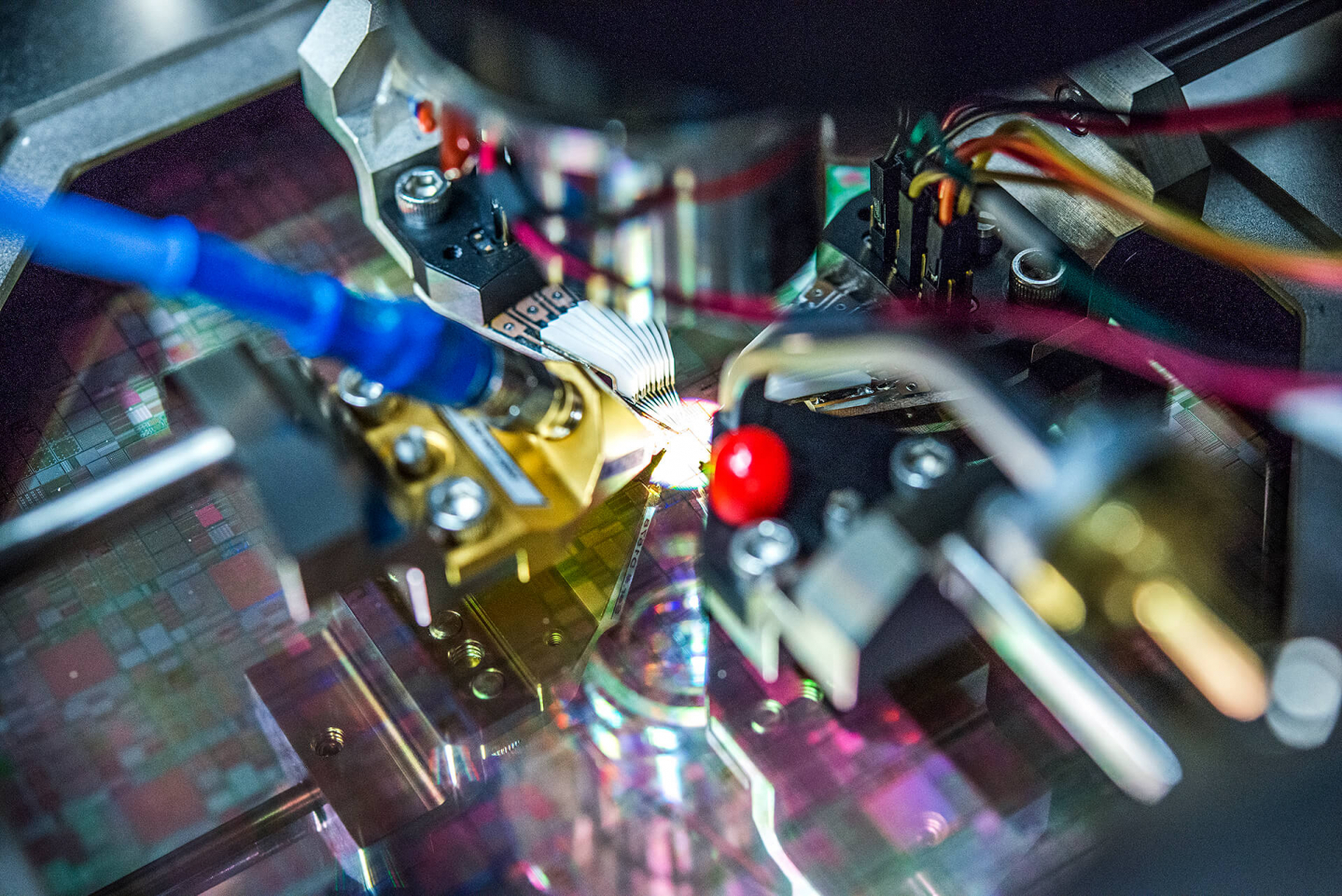 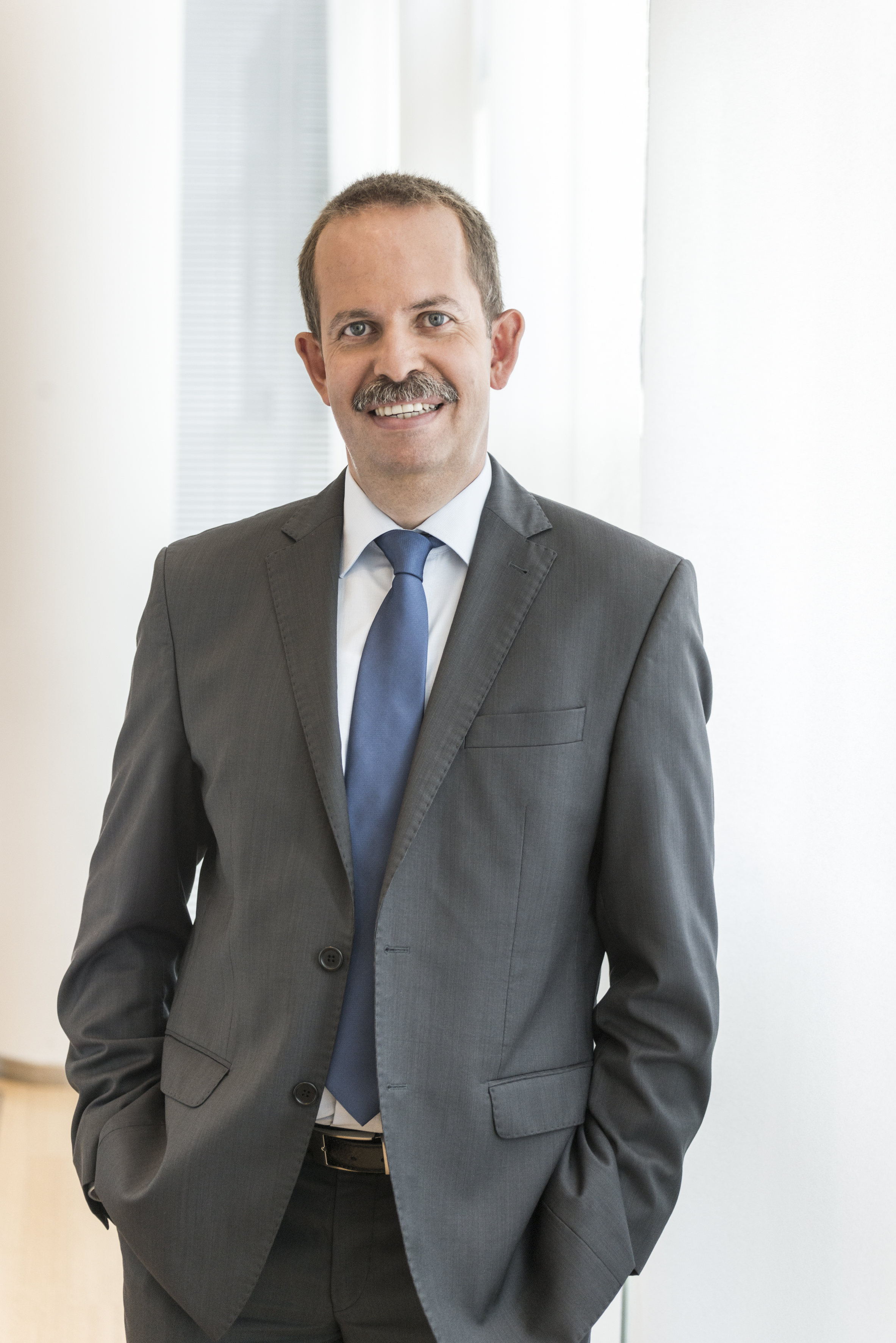 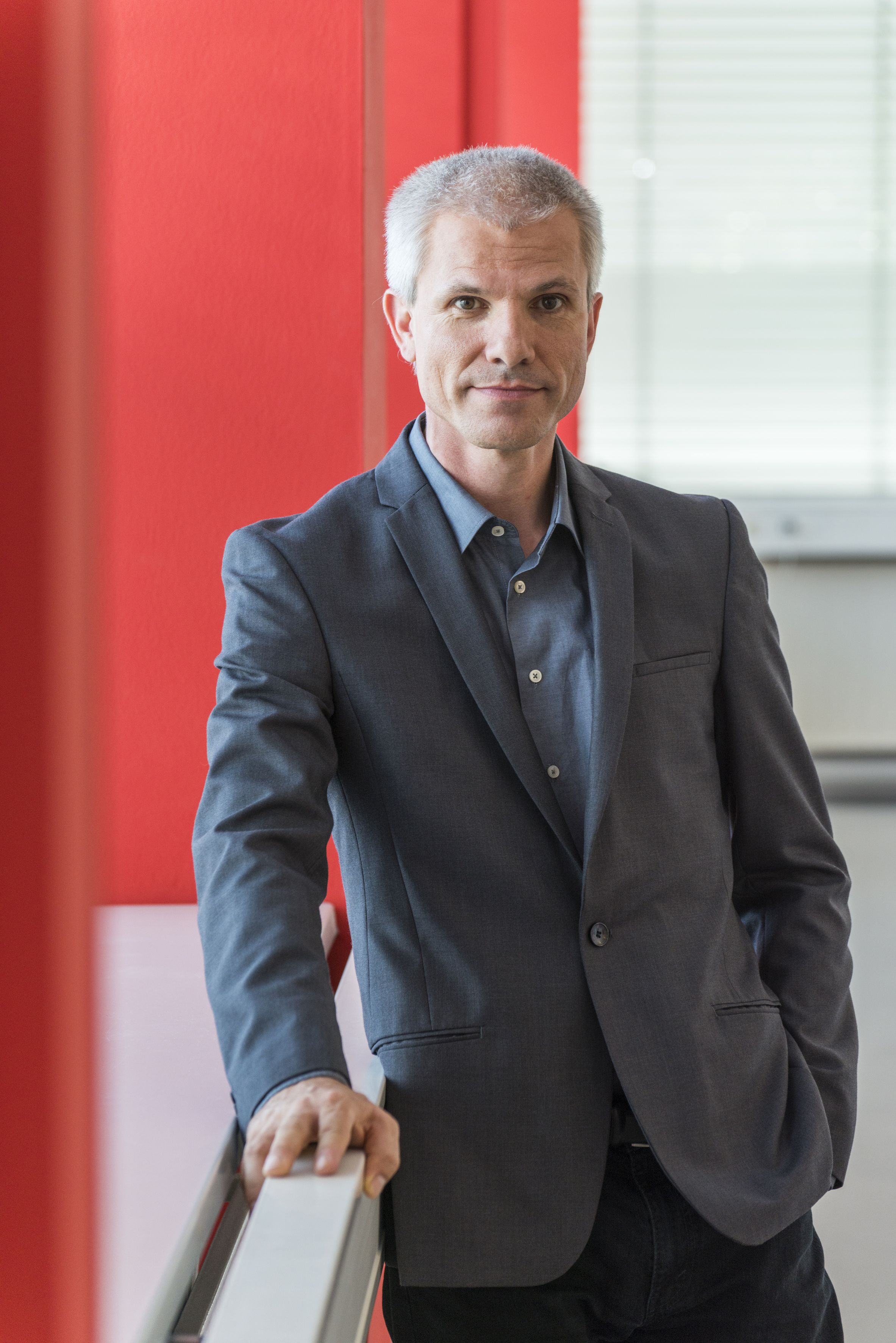 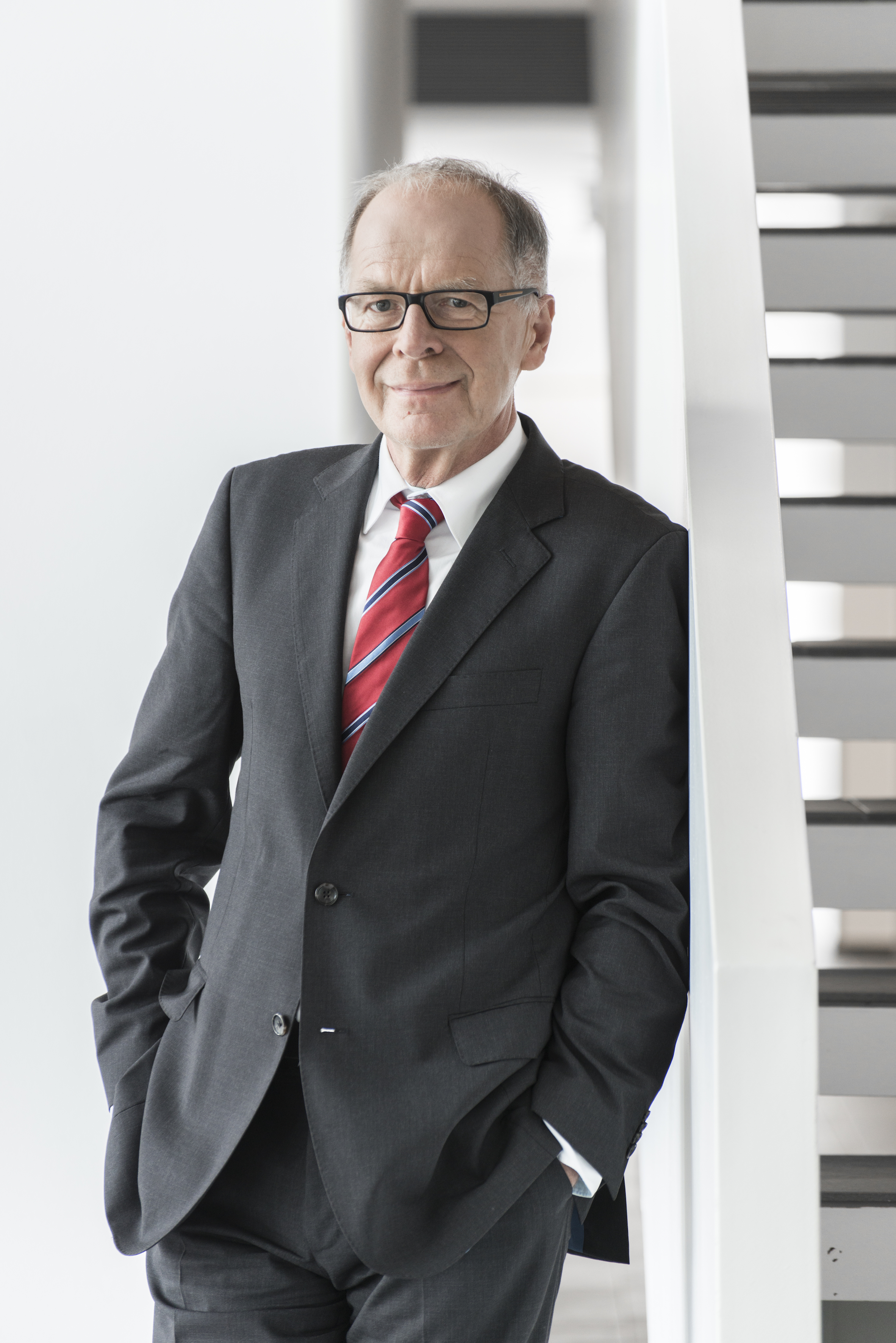 Driving has become increasingly safer over the years, and radar technology is the next leap forward. The last few decades have already seen a considerable decline in the number of road traffic accidents that result in severe or fatal injuries. This trend began with the introduction of passive safety systems such as ABS (anti-lock brake system, 1978), frontal airbags (1980), and side airbags (1996). Now, active safety systems are bringing further advances. These systems warn the driver or actively intervene in the driving process, so avoiding or minimizing the effects of a crash. Examples of this type of safety system include pedestrian detection, distance warning and blind spot assist. Many of these active safety systems employ radar technology in the form of chips that send and receive electromagnetic waves in an extremely high frequency range. Compared to other, mostly camera-based, driver assistance technologies, radar functions reliably even under difficult visibility conditions caused by snow, fog, heavy rain or dazzling backlight.

The democratization of safety
Mercedes Benz first installed a distance radar system in the year 1998, in its S-Class range. At that time, the costs for manufacturing the necessary high-frequency components were extremely high. What's more, the material required for the semiconductors was expensive and difficult to process. The upshot of this was that radar technology was initially restricted to premium-class vehicles. Even at the time, Infineon was convinced of the potential of this technology for enhancing active safety, and spent years researching new solutions that would overcome the technical constraints of the time. Eventually, two innovations led to a breakthrough: the manufacture of silicon germanium-based (SiGe) sensor chips and use of the new eWLB packaging technology. Thanks to these innovative manufacturing processes, radar systems became affordable for all drivers. A technology that was previously reserved for the owners of premium vehicles thus came to be used for active crash prevention in cars of all classes. In the meantime, emergency brake assist systems are available as inexpensive optional extras even in small cars, often costing less than a metallic finish.

Simpler and more cost-effective: manufacturing using silicon germanium (SiGe)
Radar operates on the basis of high-frequency electromagnetic oscillations sent out as millimeter waves. 77 Gigahertz (GHz) radar technology processes 77 billion oscillations per second, that's over 30 times more than the highest frequencies used in mobile communications. Up to 2009, only semiconductors based on gallium arsenide (GaAs) were able to process frequencies as high as this. However, the manufacturing processes for GaAs chips are far less mature than those for silicon-based chips and therefore more expensive. A further disadvantage is the lower level of integration, i.e. fewer functions can be placed on the surface of GaAs chips. In 2009, after many years of R&D work, Infineon became the first company able to offer highly-integrated circuits for this frequency range based on silicon and silicon germanium (SiGe) – the materials most frequently used for semiconductor manufacturing. This made it possible to employ the same sort of standard production techniques as are used for the mass manufacturing of memory, logic and microprocessor components. What's more, instead of the eight GaAs chips previously required, the Infineon team was able to compress a wide range of the radar module functions onto a maximum of two SiGe components. This innovative leap opened the door to a mass market.

Lateral thinking: compact eWLB packaging simplifies the further processing of components
The next decisive breakthrough was the idea of applying chip package technology from the mobile communications domain to car radar – eWLB (embedded Wafer-Level Ball Grid Array). At first, industry experts were not convinced that the eWLB technology would be able to meet the automotive sector's high reliability requirements. The Infineon team, however, remained optimistic and continued with their research work, funded by the German Federal Ministry of Education and Research. Eventually, in close collaboration with the customer Bosch, a solution was found. Today, instead of delivering the “naked” chip, Infineon encloses it in a robust package. The benefits for the customer are two-fold. Firstly, the component is eminently capable of meeting the requirements in the high frequency range. Secondly, the system supplier of radar systems can use inexpensive standard techniques for further processing of the radar chips. All in all, maximum performance at a minimum overall cost.

Developed and manufactured in Germany – successful in markets around the world
Further development of the SiGe and eWLB technologies for use in radar systems has given Infineon a competitive lead of around two to three years over its rivals in the USA and Asia. R&D work for these technologies was performed in Munich, Regensburg, and Dresden in Germany as well as in Linz in Austria. The radar systems themselves are manufactured entirely in Germany. All stages of the process – from chip manufacturing to processing in the package – are carried out at Infineon's plants in Regensburg and Dresden. These facilities are able to offer the quality necessary for car safety systems and, at the same time, keep the costs as low as possible thanks to innovative manufacturing processes.

The SiGe and eWLB technologies have enabled radar systems to move from the premium segment to the vehicle mass market. Demand is now growing worldwide: the market for 77 GHz radar systems has jumped from around half a million in 2009 to approximately 7 million in 2015. By 2020, market analysts expect demand to climb to around 19 million systems.

Radar systems make cars safer and more efficient. After systems that assist drivers, the next step is the deployment of autonomous driving solutions, in which radar systems will also play a critical role. In January 2015, an Audi A7 completed the journey between San Francisco and Las Vegas practically without the intervention of a driver. 150 self-driving Google cars are already on the road, and gathering practical experience – Using radar technology from Germany.

About Infineon
Infineon Technologies AG is a world leader in semiconductor solutions that make life easier, safer and greener. Microelectronics from Infineon is the key to a better future. In the 2014 fiscal year (ending September 30), the company reported sales of Euro 4.3 billion with about 29,800 employees worldwide. In January 2015, Infineon acquired US-based International Rectifier Corporation with revenues of USD 1.1 billion (fiscal year 2014 ending June 29) and approximately 4,200 employees.

The project "Car radar technology - a lifesaver goes into series production" was nominated by the German Patent and Trademark Office. 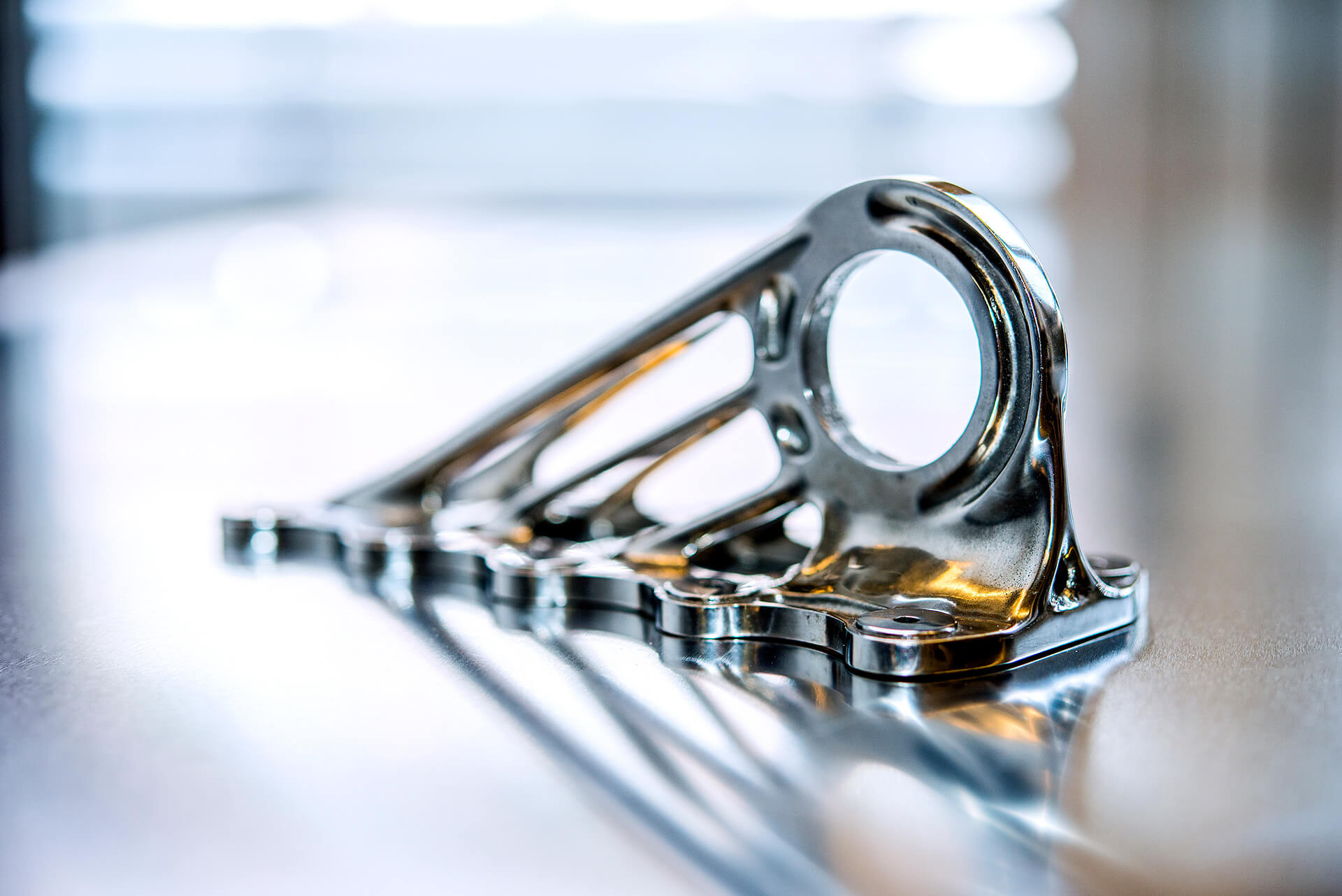