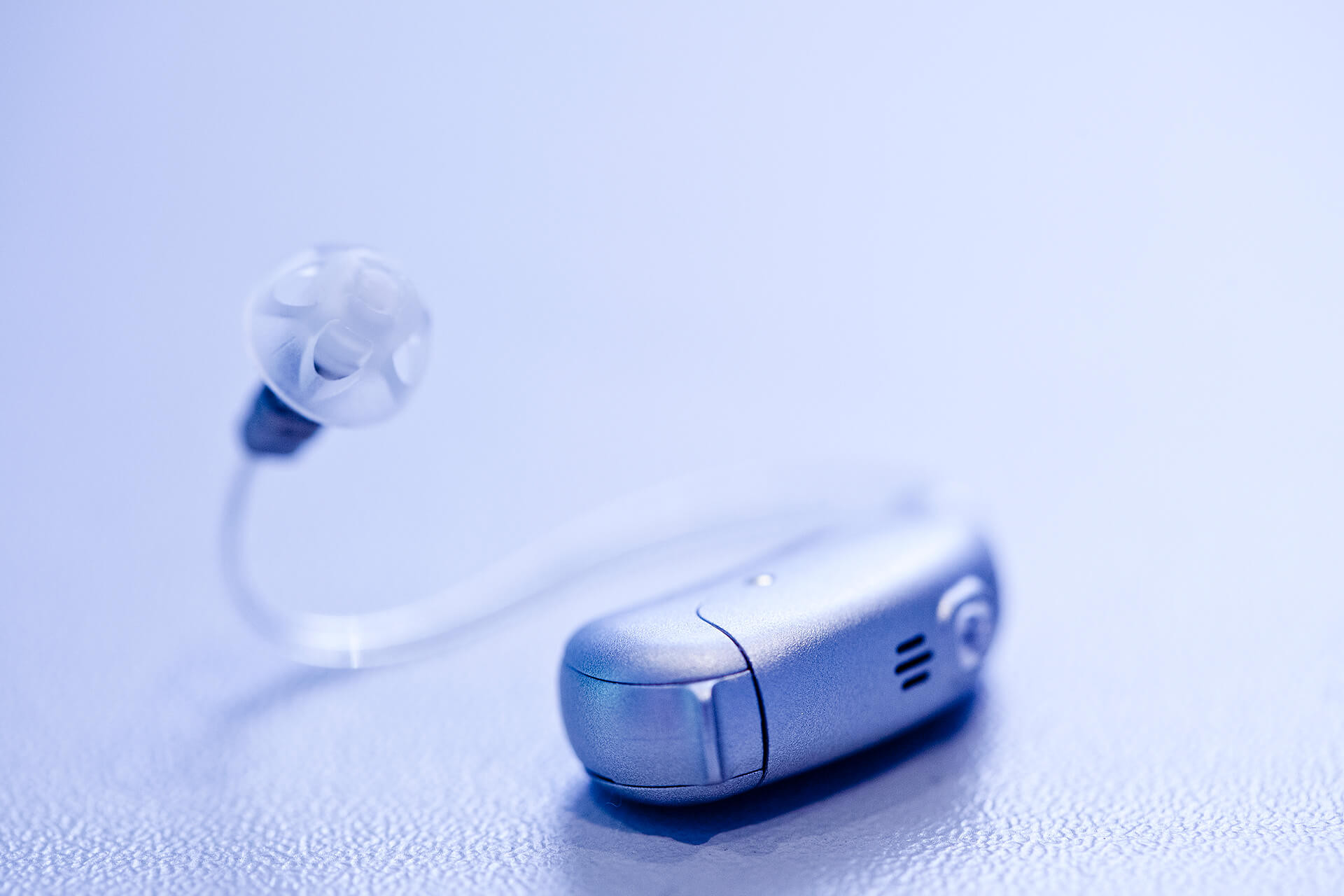 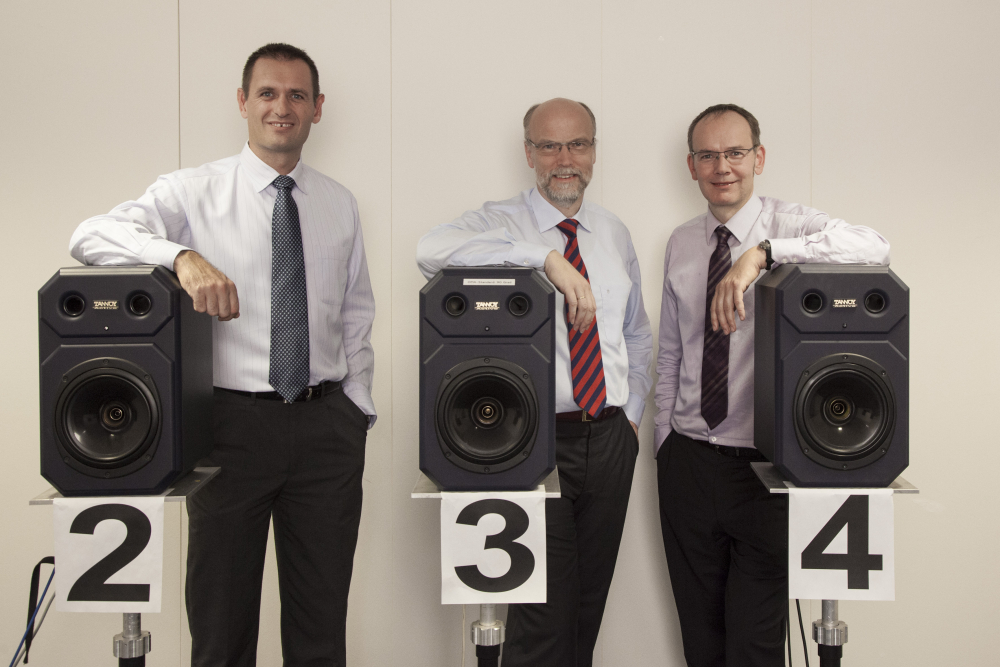 In Germany, one in six people have some form of a hearing loss, including many young people. Hearing aids can help, but in acoustically “difficult” situations, they frequently fail. How can hearing impairments best be compensated for? 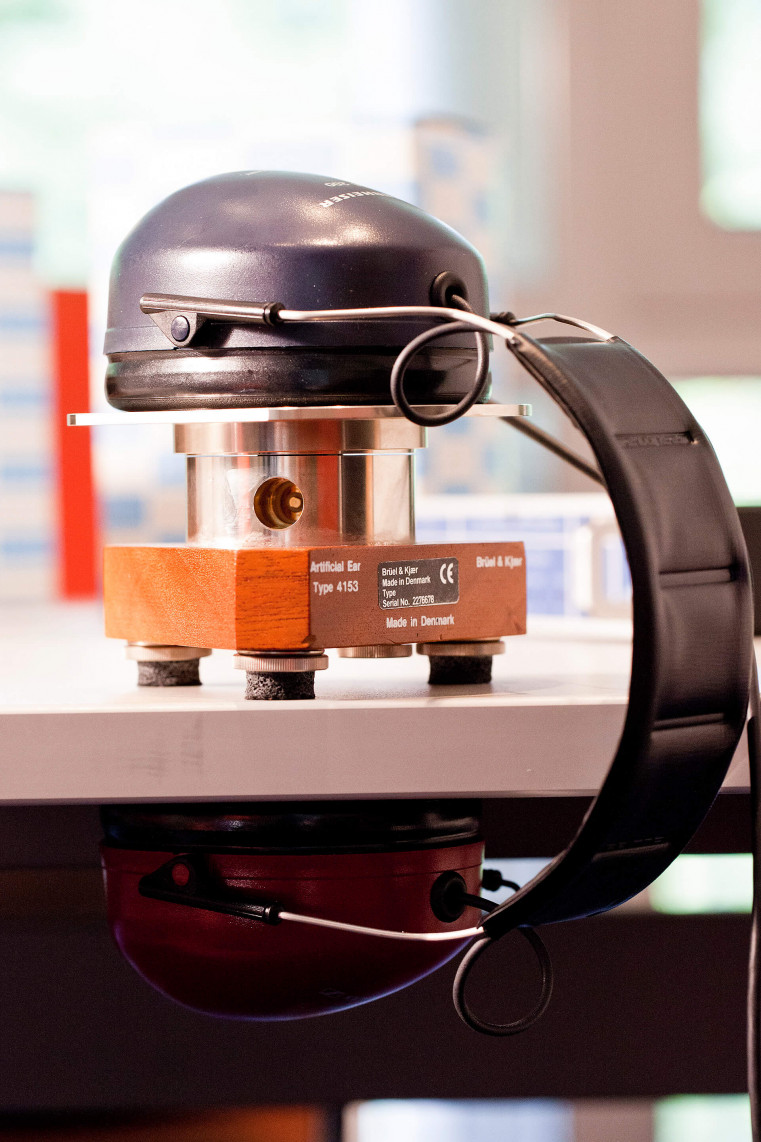 Prof. Dr. rer. nat. Dr. med. Birger Kollmeier, Prof. Dr. rer. nat. Volker Hohmann and Dr.-Ing. Torsten Niederdränk have solved the problem: they created the conditions for systems that help restore almost normal hearing to the hearing impaired. The basis is a digital process that combines hearing devices worn on both ears to create a binaural hearing system. Birger Kollmeier heads the Medical Physics department at the University of Oldenburg and is head of HörTech, a center of excellence for hearing aid system technology, the Hearing Center Oldenburg as well as Fraunhofer project group for hearing, speech and audio technology. Volker Hohmann is the deputy head of the Medical Physics department at the University of Oldenburg and heads the Research & Development division of HörTech. Torsten Niederdränk is Vice President “Corporate Standards & Guidance” at Siemens AG in Munich and was previously Development and Production manager at Siemens Audiological Systems. 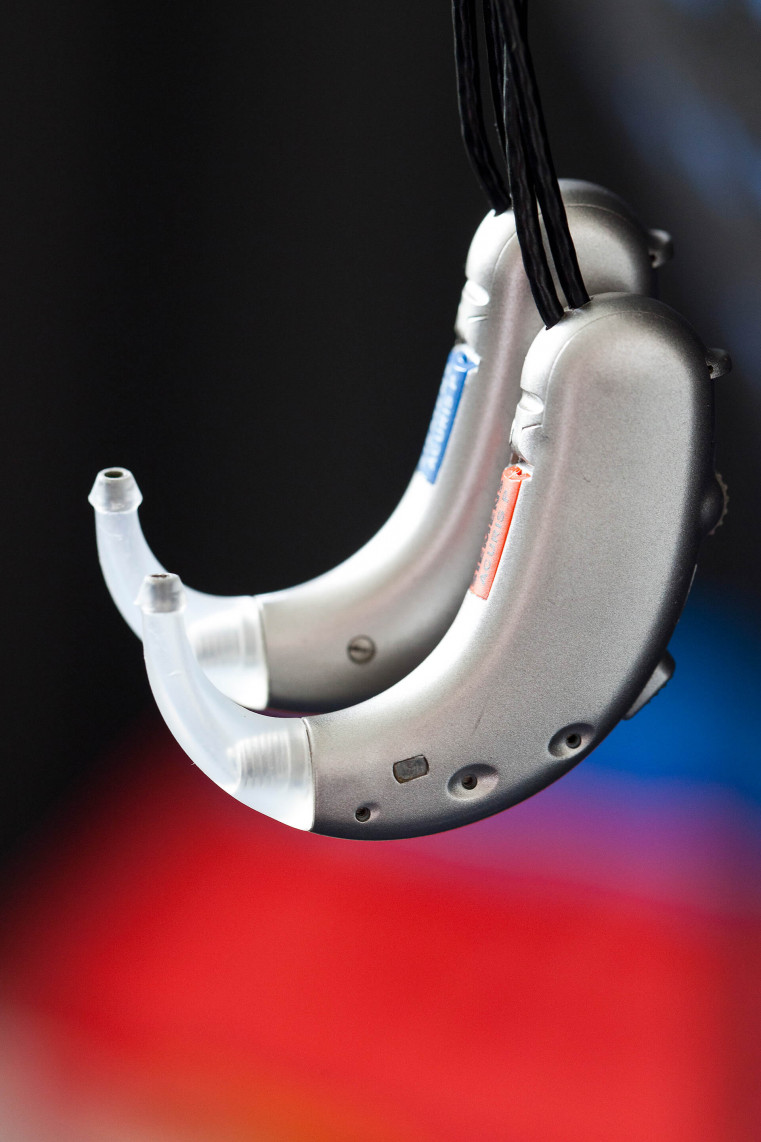 Hearing problems are quite common – especially in the 60+ generation in which one in two people has sustained some sort of hearing loss. Yet the phenomenon is far from being a sign of old age: teenagers and children often have restricted hearing. Almost one in one hundred newborns already have hearing problems and need a hearing aid as early as possible to learn to speak normally and communicate with their environments. The hearing devices used to date improve the situation, but the technology has its limits: in rooms that produce an echo, when several people are talking at the same time, or loud background noise, people with hearing problems often only hear a confusion of voices and noises that is incomprehensible.

This is because most hearing aids are designed to support only one ear. Binaural hearing systems by comparison provide much better hearing quality.

The systems use two hearing devices, one on the left and one on the right ear to pick up the spatial properties of an acoustic field and process them optimally for the hearing impaired individual. Birger Kollmeier, Volker Hohmann, and Torsten Niederdränk have been involved in research and development for these hearing systems for many years. The nominated scientists have created, among other things, a process to exchange data continuously by radio between the two hearing aids. They also developed a diagnostic method capable of determining hearing impairments – and then produces algorithms to compensate specifically for the individual hearing impairment.

Siemens Audiological Systems introduced the first binaural hearing aids to the market in 2004; additional products followed. Most of them use the technology developed in the laboratory of the experts in Oldenburg. Several years from now, four out of five hearing devices will presumably use binaural technology. This opens up an enormous market: worldwide almost eight million hearing aids are sold every year with sales totaling almost 3 billion Euros and with an annual growth rate of 20 percent. The six largest manufacturers worldwide all work closely with the researchers from Oldenburg.

The project “Binaural hearing aids – stereo hearing for everyone was nominated by DFG – The German Research Foundation. 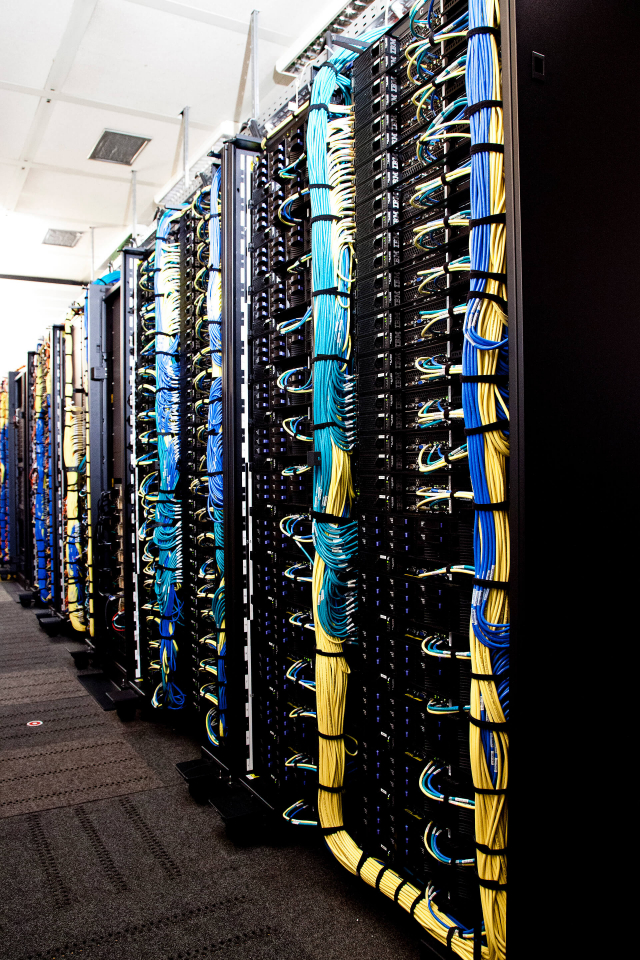 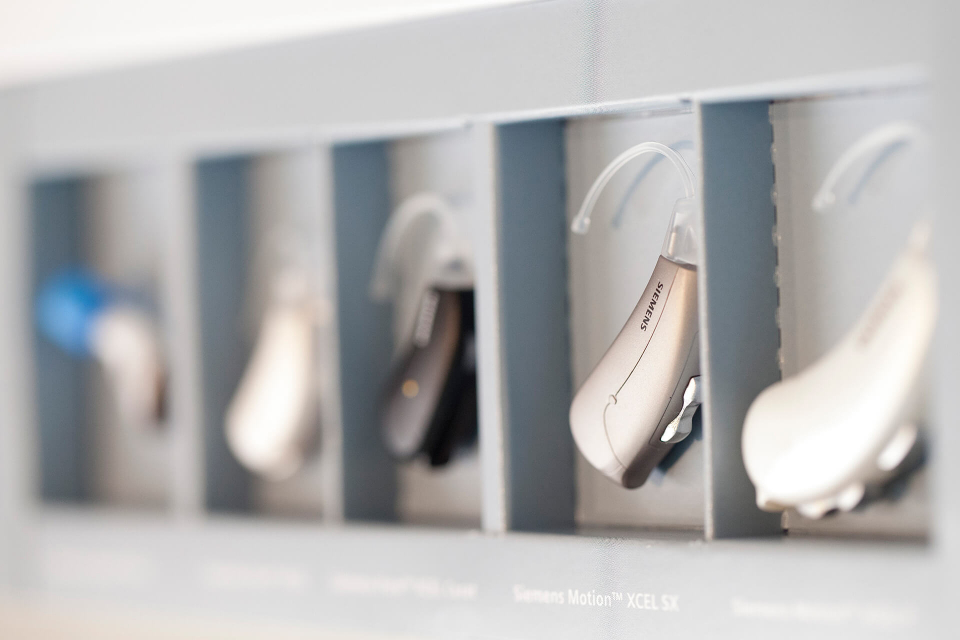 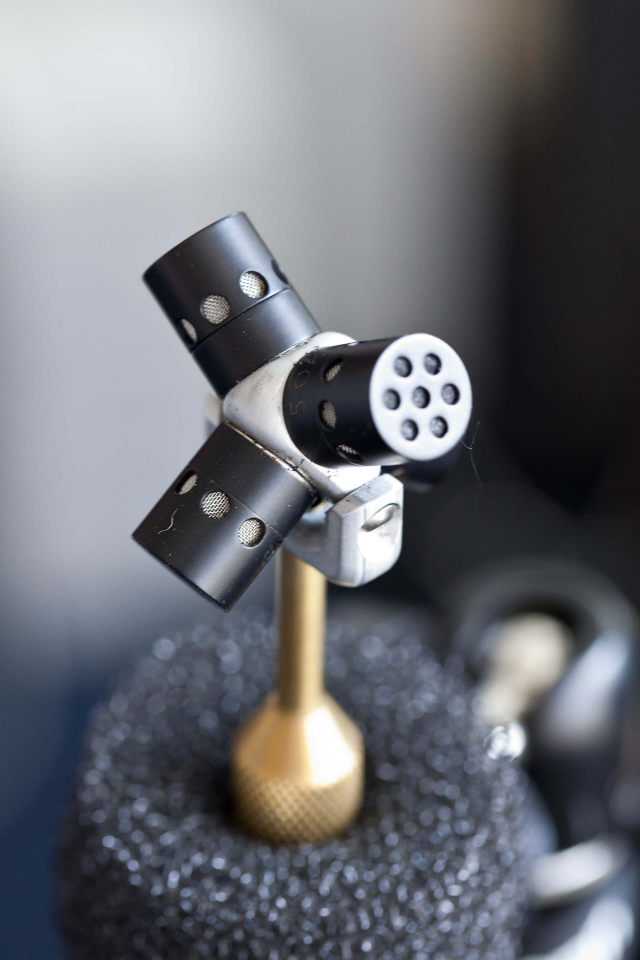 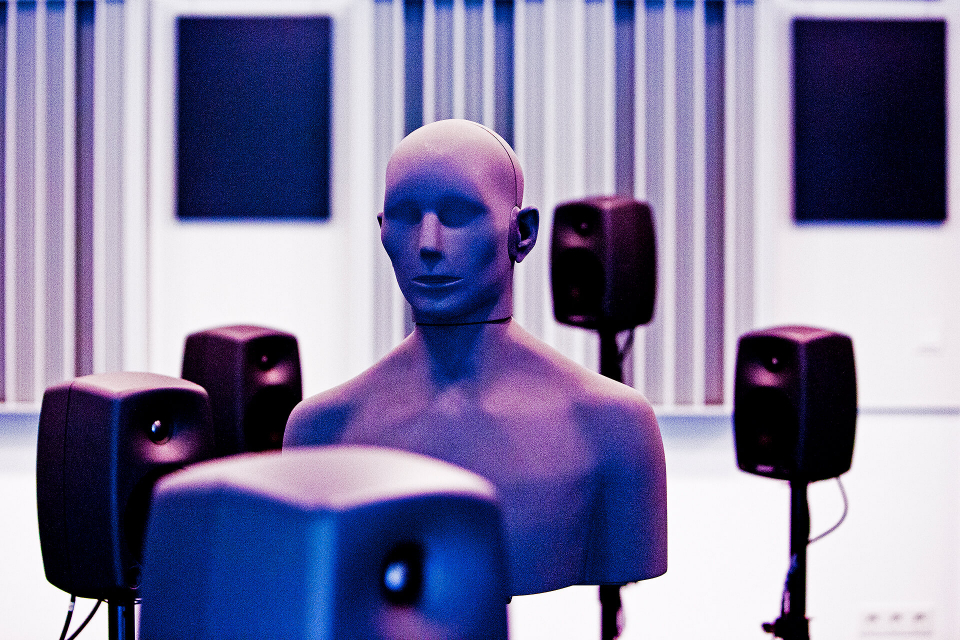 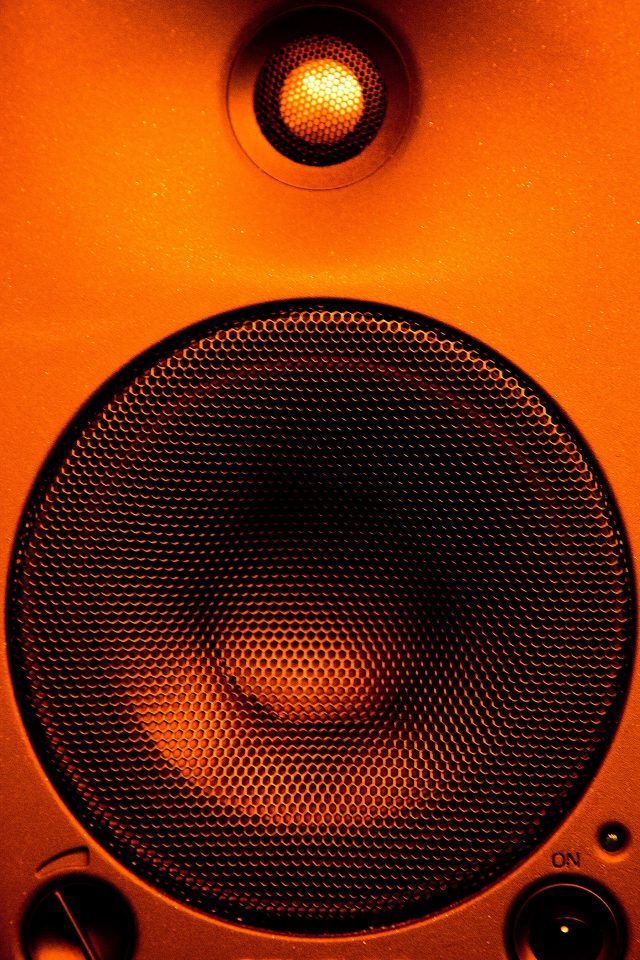 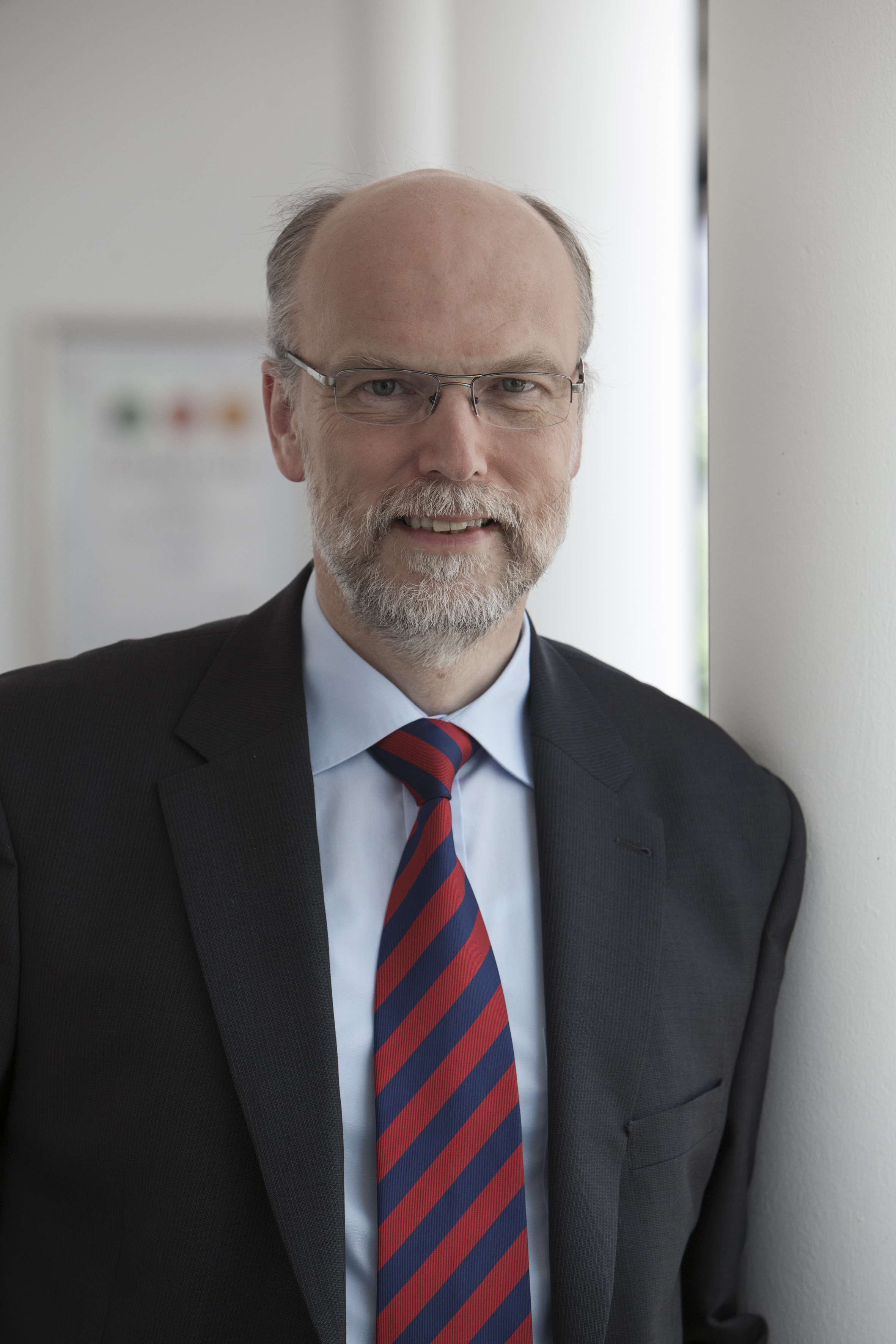 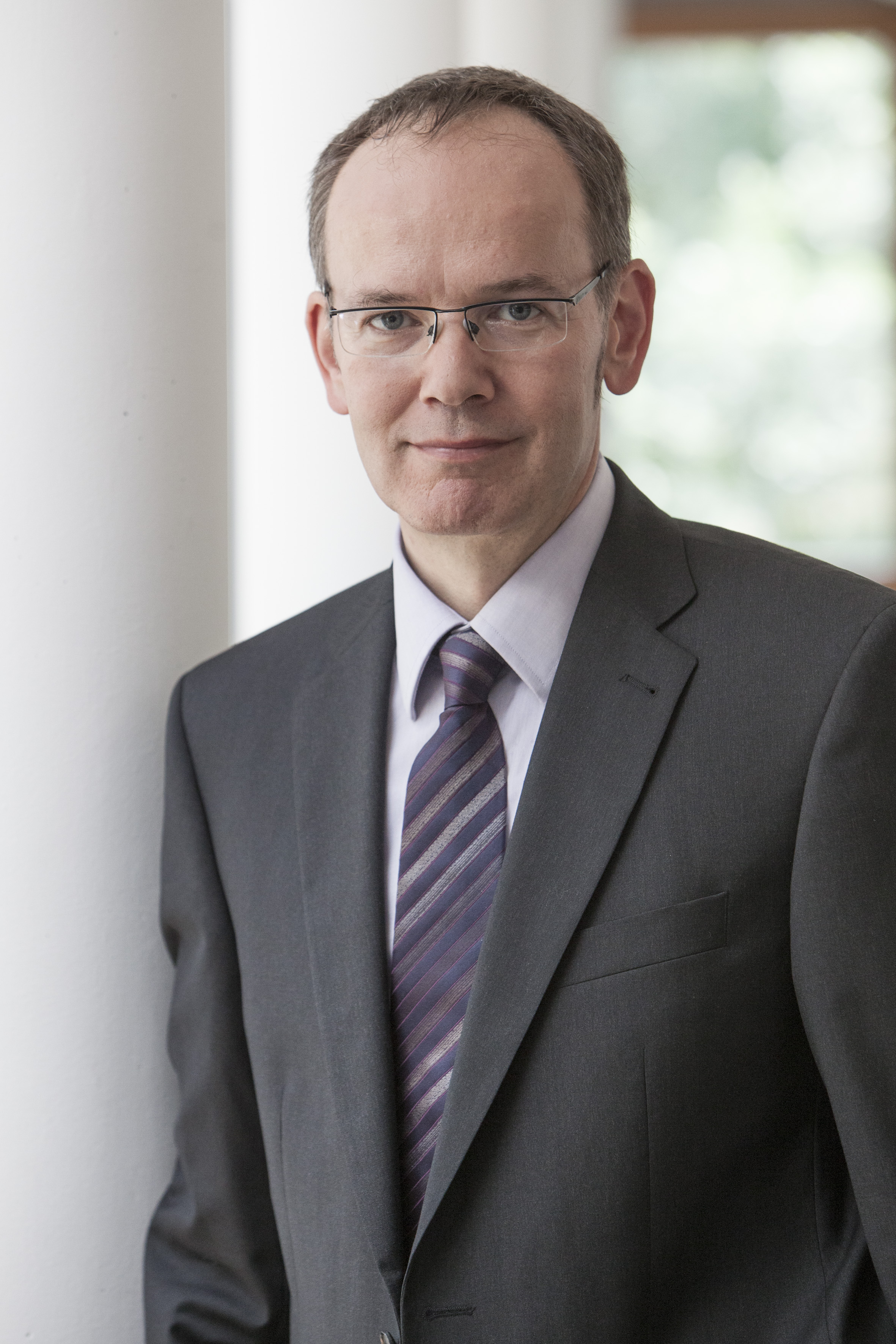 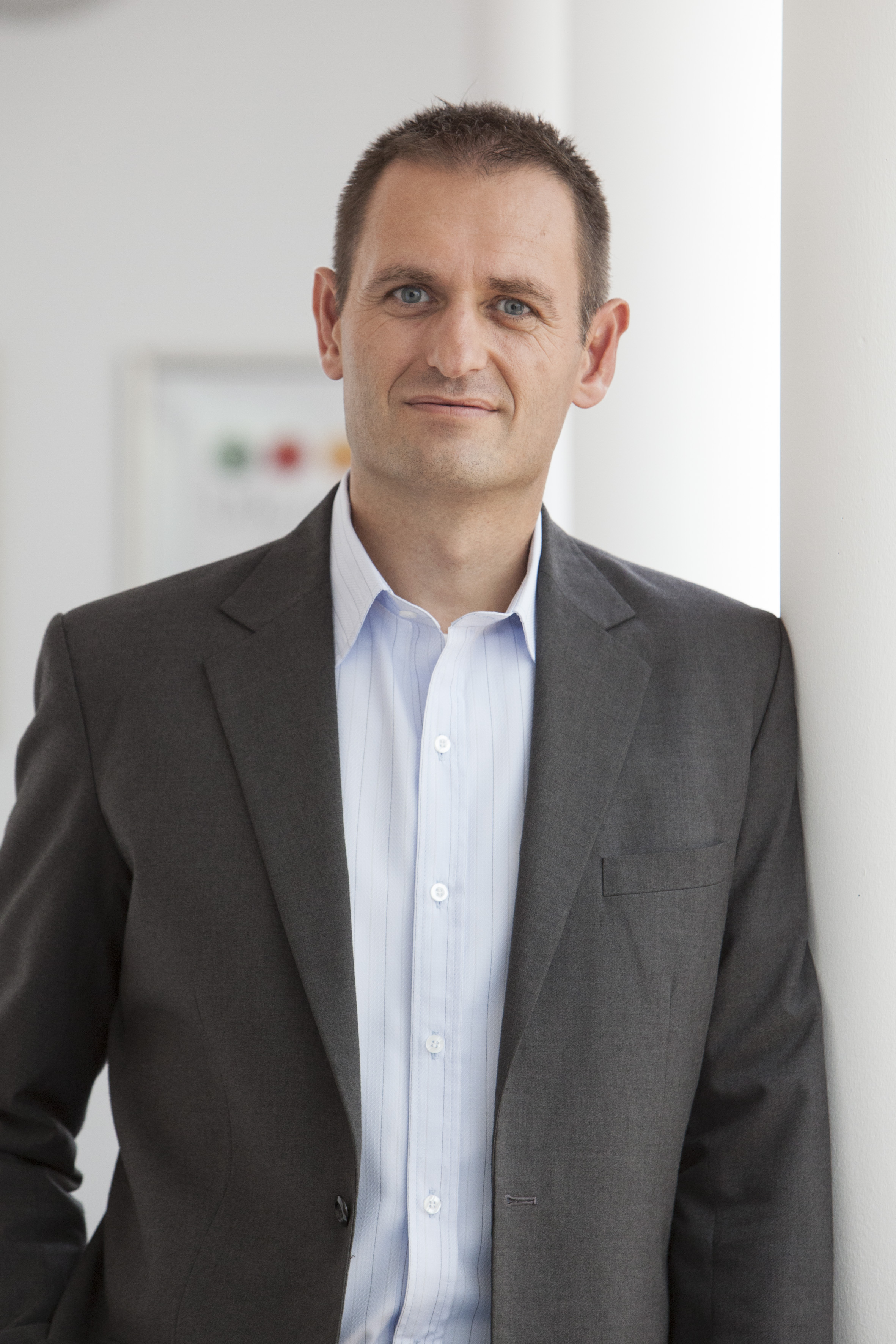 There’s a reason that man has two ears

The ability to hear is the foundation for communication. Thanks to the fascinating capabilities of our ear, we are able to follow individual conversations, even in acoustically difficult situations (for example, in a lively room with multiple conversations, reverberation, and other sources of noise). One aspect that is especially important in this is the interaction between the two ears: similarly to spatial vision with two eyes, binaural, two-ear hearing enables spatial auditory sensation and separation of multiple auditory objects. The interaction of the two ears enables people with normal hearing to suppress noise and reverberation and thus direct their attention to the desired sound.

This ability declines rapidly as a consequence of a hearing impairment. Hearing impairment can make it difficult to follow a conversation in a noisy environment. The daily misunderstandings and continuous strain on the ears lead to discontentedness and reduced self esteem and, ultimately, to a decline in social interactions. It is not uncommon for hearing-impaired individuals to avoid group social interaction entirely. This is where the binaural hearing aid of the future comes in: the interdisciplinary team, made up of physicist and medical doctor Birger Kollmeier, engineer Torsten Niederdränk, and physicist Volker Hohmann, has significantly contributed towards helping the hearing impaired to hear spatially and to follow individual speakers in a noisy setting.

People who hear well have a hard time understanding what it means to hear poorly or not at all. In the European Union, 55.5 million adults between 18 and 80 years of age have a hearing deficit of at least 25 dB.* That means one in six adults is affected, and half of these are of working age. Modern hearing aids can help, providing dramatic improvement in quality of life for the hearing impaired. But in acoustically challenging situations, the hearing aids of the past have not been as successful as could be wished. The binaural hearing system is a promising new remedy. Hearing aid technology as late as the 1990s was still monaural, i.e. it focused primarily on each ear individually. However, the binaural effects of natural hearing can only be facilitated by an entirely binaural hearing system, which requires active data exchange between the devices on the two ears.

Building on their initial experiments from the 1990’s, which used bulky laboratory prototypes, Kollmeier, Hohmann, and colleagues were able to develop the concept of binaural hearing aids so far that they were able to demonstrate the clear advantage of this type of binaural interaction for the first time in 2001. The decisive factor was the mathematical formulas (algorithms) that compare the sounds from the left and right ears and filter out reverberations and other noise, passing along to the user’s ears only the “desired” sound. The system uses the binaural processing of normal-hearing people as a model, which means that a precise understanding and reproduction of the normal hearing process is a crucial prerequisite. The HörTech center of competence, a project sponsored by the Federal Ministry of Education and Research, brought together the university researchers Kollmeier and Hohmann and the industry researcher Niederdränk, creating a team that would advance the necessary systems technology for binaural hearing aids. With that, they placed the cornerstone for the success of the principle of binaural hearing aids in today’s hearing aid technology.

One of the earliest serious challenges was to substitute the wire connecting the left and right hearing aids with a fast, wireless data link. For real binaural signal processing, it is essential to have a high data rate between the two ears and simultaneous data integrity. This challenge also has to be reconciled with the limiting factor of the power supply from the hearing aid battery. In addition, binaural processing must not cause significant delays in presentation. Current standard solutions from the telecommunications sector (for example, Bluetooth or DECT) are therefore not applicable. This challenge was solved for the first time by Torsten Niederdränk at Siemens Audiologische Technik. The first commercial binaural hearing aid, Acuris, from Siemens Audiologische Technik, came on the market in 2004. Meanwhile, hearing systems manufacturers all over the world are working on developments that are gradually approaching the wired laboratory prototypes.

The comprehensive technical recreation of intact biological binaural signal processing – an undertaking initiated by Kollmeier and colleagues – is still a distant dream. Yet even today, better coordinated hearing aid settings make it possible to use the interaural time difference and head shadow effect to suppress lateral noise much more effectively. But binaural signal processing is also advantageous for reducing reverberation and feedback. In the meantime, Hohmann and colleagues have also markedly improved the performance of their prototype binaural hearing aids by adapting the hearing aid’s processing strategy to the respective acoustic situation. The advancing technical development, in particular through the increased use of binaural signal processing in today’s hearing systems, has brought the ideal of a binaural model hearing system ever closer.

The application of binaural hearing systems is not limited to people with impaired hearing. Home entertainment system and smartphone users could benefit one day from enhanced binaural effects, which will be interesting not only in acoustically challenging situations. This would bring about one of the ambitions of the Auditory Valley research network: better hearing for all people in all situations.

The Auditory Valley has its foundation in the competence center HörTech and brings together leading regional research institutes with companies in the auditory field. Together with the federally funded excellence cluster “Hearing4all”, the Auditory Valley pursues research and development for the benefit of the hearing impaired on a broad basis and in collaboration between university and non-university partners in a variety of projects. The technology will help not only hearing-impaired people but also normal-hearing people in acoustically challenging situations.

*This is defined by the WHO as a hearing impairment.

Siemens Audiologische Technik GmbH
Even Werner von Siemens was concerned to make communication easier for hearing-impaired people. In 1878, he invented a telephone for the hearing-impaired, laying the cornerstone for an ongoing success story that is already more than 130 years old. Today, hearing instruments by Siemens are developed and marketed by the Audiology Solutions Business Unit, part of the Healthcare Sector at Siemens, with a total of more than 4.000 employees. Further information can be found under www.siemens.com/hearing

Carl von Ossietzky University of Oldenburg
Named after the journalist and Nobel Peace Prize winner Carl von Ossietzky (1889-1938), the University of Oldenburg is one of Germany's youngest universities. Having acquired an international reputation for cutting edge research and excellent research-oriented teaching, for forty years now the University of Oldenburg has stood for a science that builds bridges between disciplines, cultures and societies. It conducts research in a number of promising areas in the fields of energy science, education, marine science, computer science or environmental science. Its most recent success: with the cluster of excellence "Hearing4all" it became one of the winners of the German Excellence Initiative, securing funding from the Initiative for the next five years. In addition, the launch of the European Medical School Oldenburg-Groningen will strengthen the university's internationally renowned research area "neurosensors", provide a new focus in medical care research and offer a new course of study in human medicine starting in 2012.

Open to new approaches - this motto of the University of Oldenburg also applies to teaching and learning. At an early stage its approximately 11,500 students are integrated into scientific processes and introduced to the practical side of their careers. And also in the areas of teacher training and academic continuing education the University of Oldenburg adopts a pioneering approach. Moreover, in 2011 it became one of Germany's three official "EXIST-Gründerhochschulen" in recognition of its university-based business start-up culture. www.uni-oldenburg.de

The project “Binaural hearing aids – stereo hearing for everyone was nominated by DFG – The German Research Foundation. 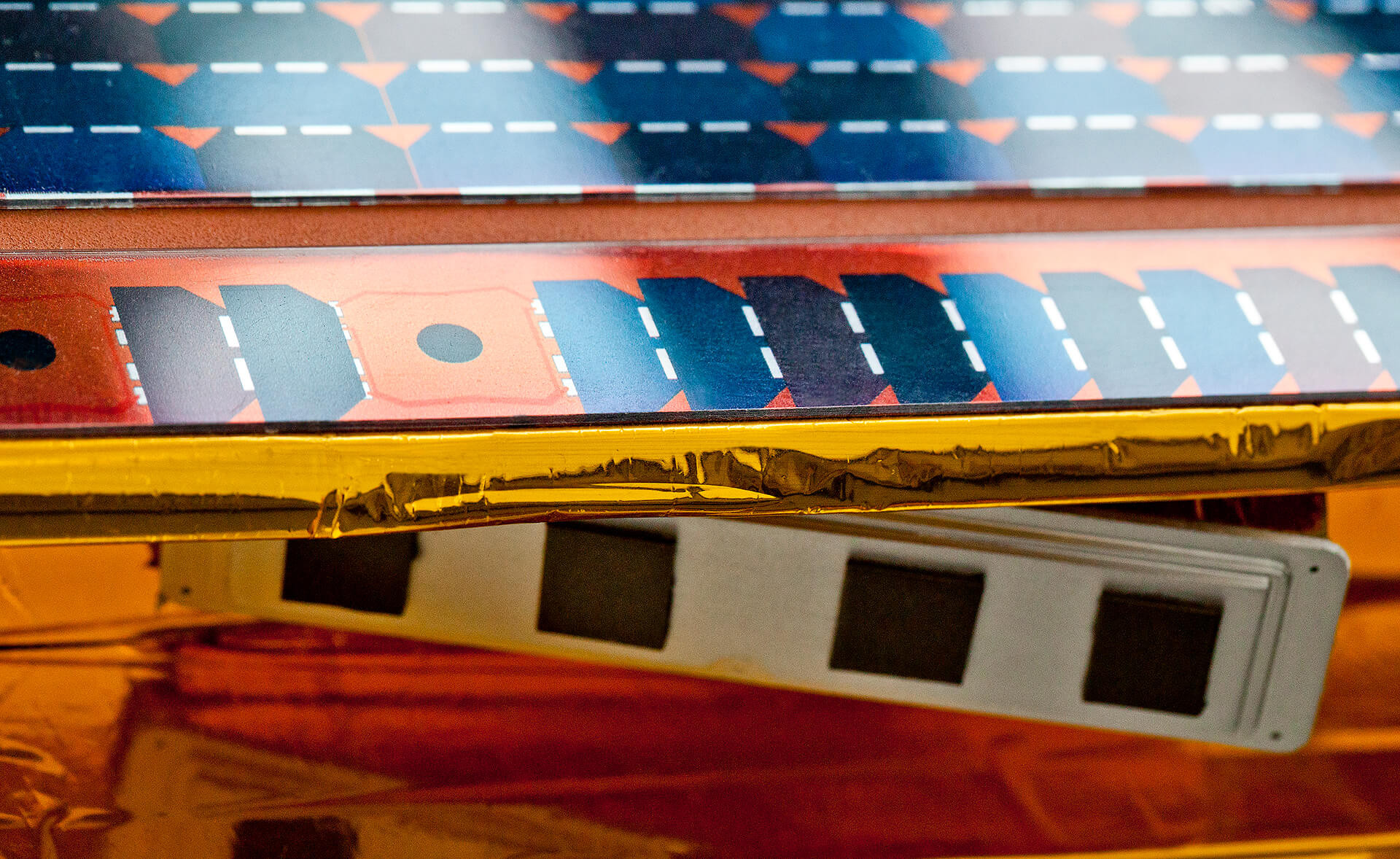