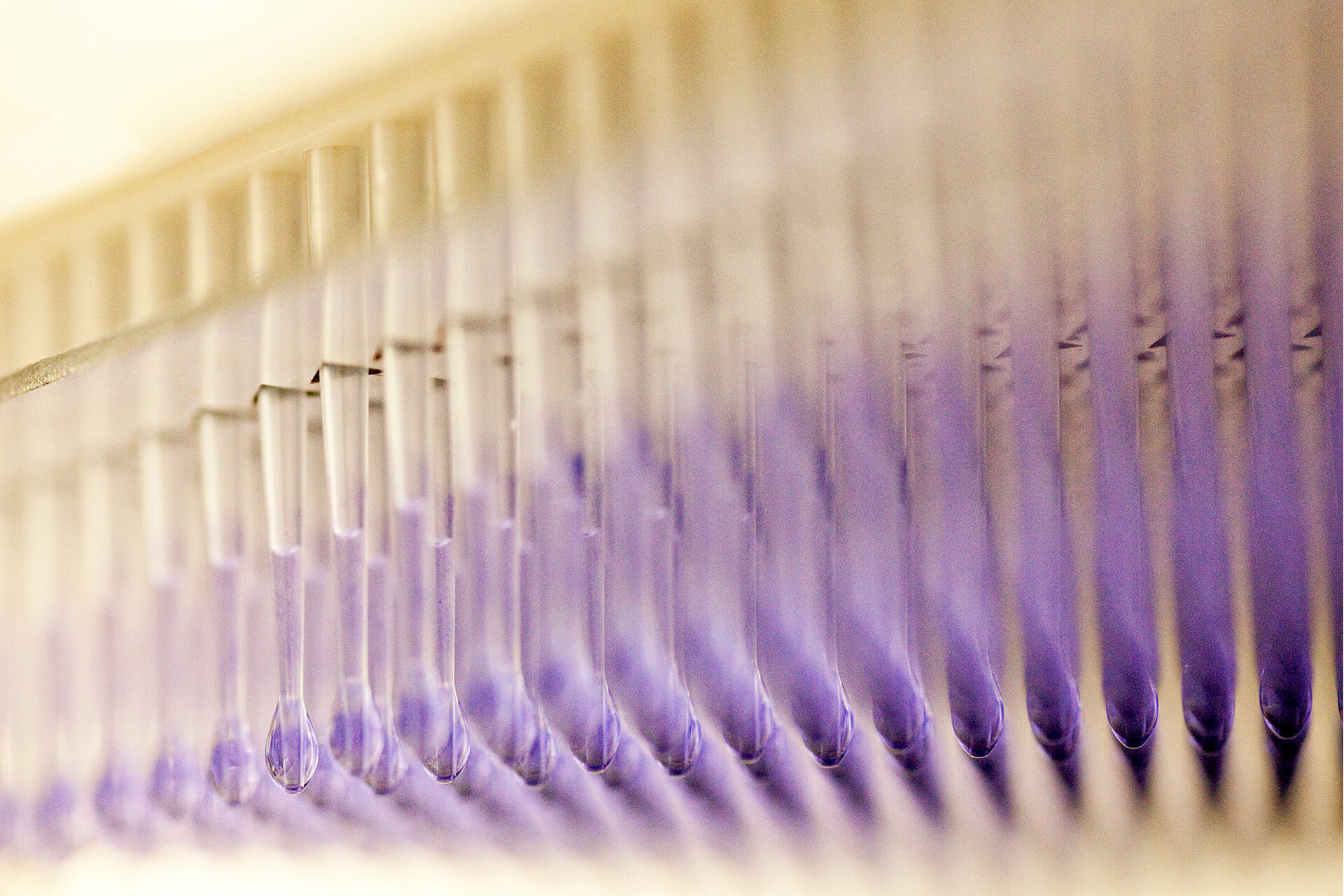 Preventing Thromboses – One Tablet can save Lives 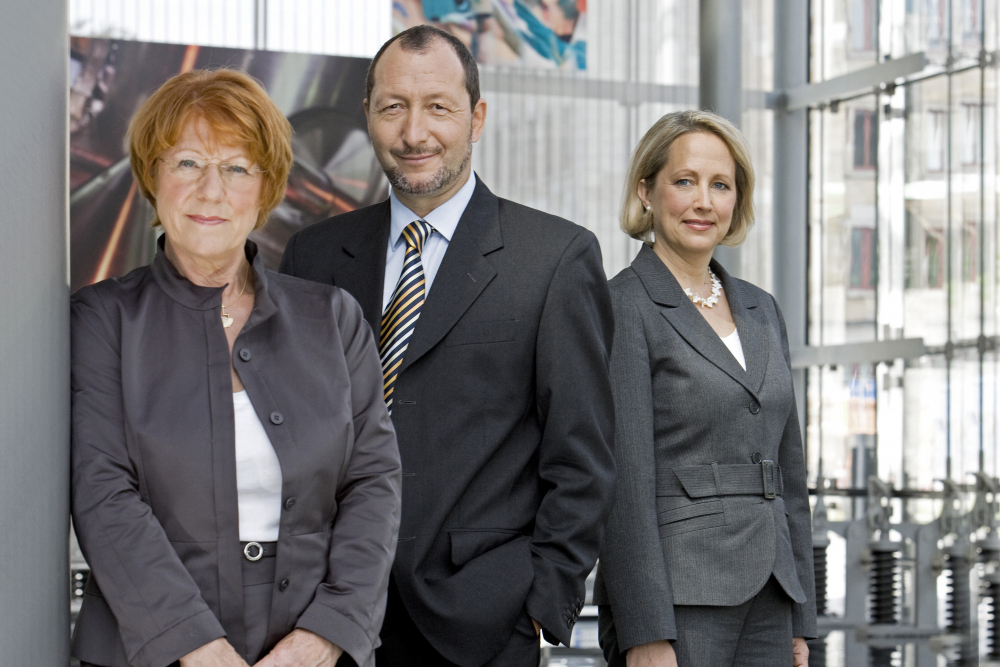 Blood clots are one of the most common causes of death in the western industrialized countries. Is there an effective and simple treatment to prevent this dangerous condition? 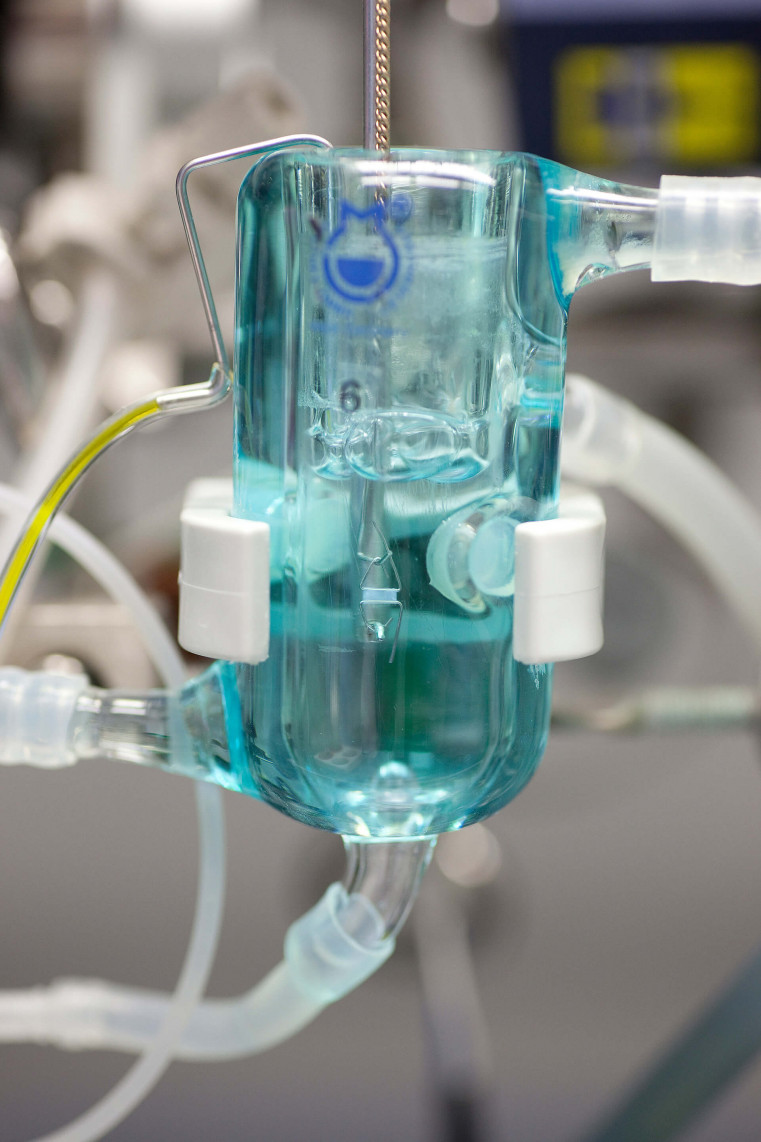 Frank Misselwitz, Dagmar Kubitza and Elisabeth Perzborn together with their teams have developed a new drug that has a very efficient working mechanism – and can be taken by patients in the form of a tablet. It is thus far superior to conventional thrombosis treatments. Frank Misselwitz is head of global clinical development for cardiovascular development at Bayer Schering Pharma and since 2002 has headed clinical development of the active-ingredient Rivaroxaban. Dagmar Kubitza is global clinical project manager for the pharmacological development of the substance. Elisabeth Perzborn as laboratory manager is responsible for planning, quality, and coordination of research in Rivaroxaban. 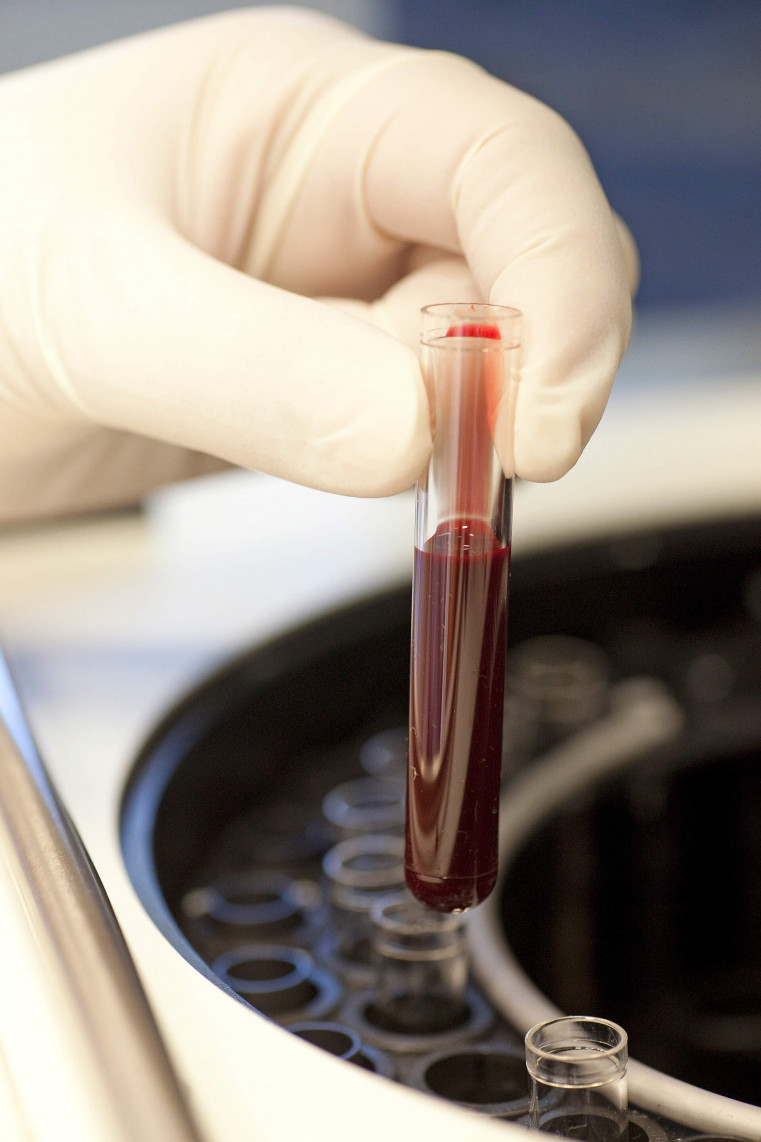 This active ingredient selectively and specifically intervenes in the biochemical processes during coagulation. This prevents this process from occurring uncontrollably – and prevents health-threatening blot clots from forming. The dangerous thing about blood clots is that they can travel through the body in the bloodstream and block the supply of blood to organs, such as the lungs – an embolism that is often fatal.

The engine behind the formation of blood clots is the enzyme Factor Xa. It controls the synthesis of thrombin molecules. They convert fibrogen into fibrin – the “adhesive” in coagulation. By inhibiting the activity of the Factor Xa enzyme, Rivaroxaban reduces the risk of thrombosis. It is important that it does not stop blood from clotting entirely so that the body can still stop bleeding, such as after surgery.

In trials, Rivaroxaban proved to be not only superior in efficacy than previous standard treatments – with comparable safety profile; the active ingredient also simplifies its use: Patients can take Rivaroxaban in a single tablet form while conventional preparations have to be injected. Also, there is neither a need to monitor blood count during treatment nor to adjust the dose to age, weight, or sex of the patient.

In the late 1990’s, Bayer researchers began developing the drug. The preparation received its first approval eight years later – much faster than usual in the development of most new drugs. Rivaroxaban is approved under the brand name Xarelto® for use in the EU and other countries to prevent venous thromboembolism following elective hip or knee replacement surgeries. Additional approval of the drug for the prevention of venous thrombosis or stroke in patients with atrial fibrillation is to follow. More than 65,000 patients will take part in the trial program for Rivaroxaban. The potential is huge because millions of people are affected by thromboses every year. In the western world, more people die from the complications of blood clots than from breast cancer, prostate cancer, HIV/AIDS and traffic accidents combined. Bayer expects annual turnover potential of 2 billion Euros from the new anticoagulant drug.

The right to nominate outstanding achievements for the Deutscher Zukunftspreis is incumbent on leading German institutions in Science and Industry as well as foundations.

The project “Preventing Thrombosis – One Tablet can save Lives“ was nominated by acatech - Deutsche Akademie der Technikwissenschaften (The German Academy of Science and Engineering). 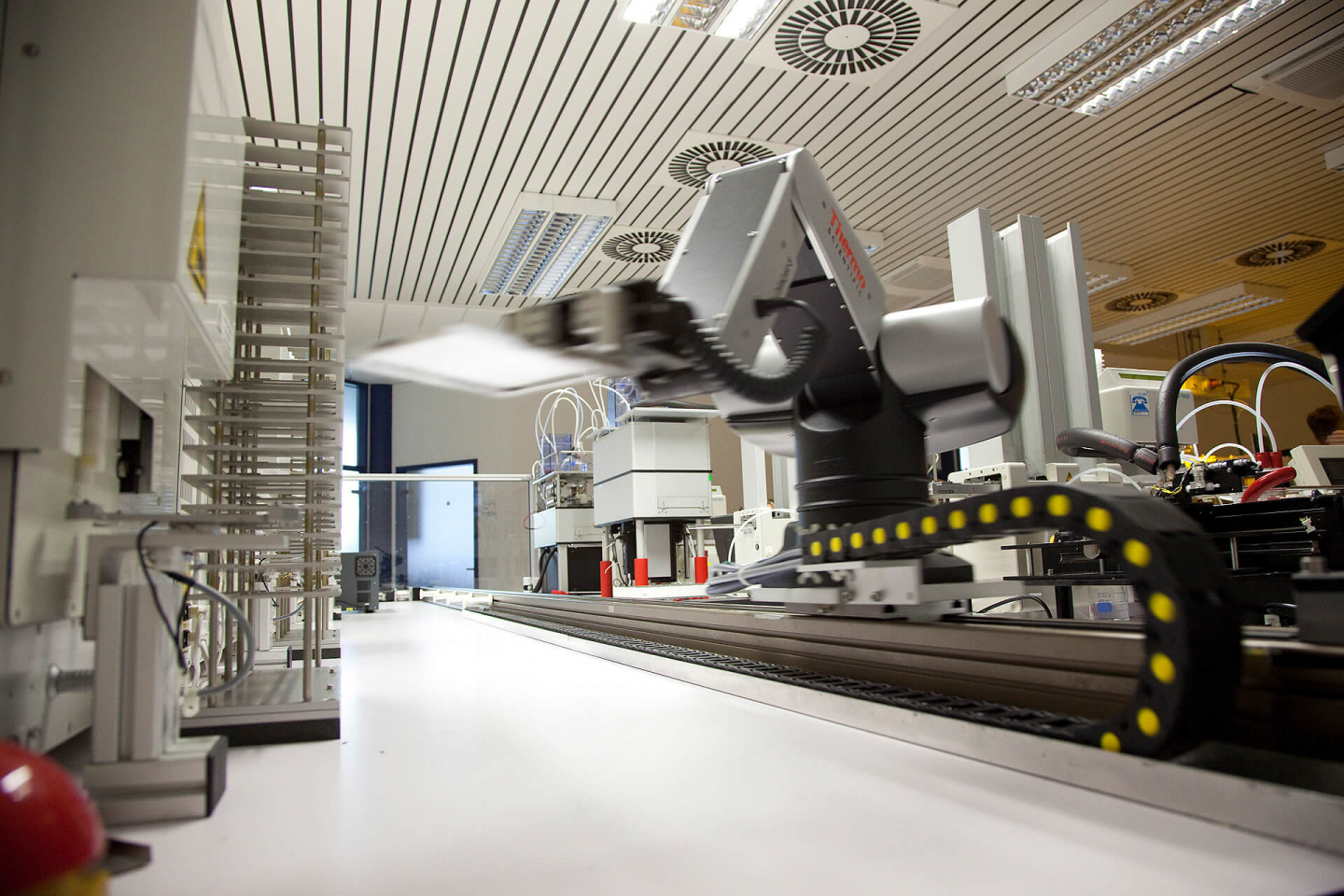 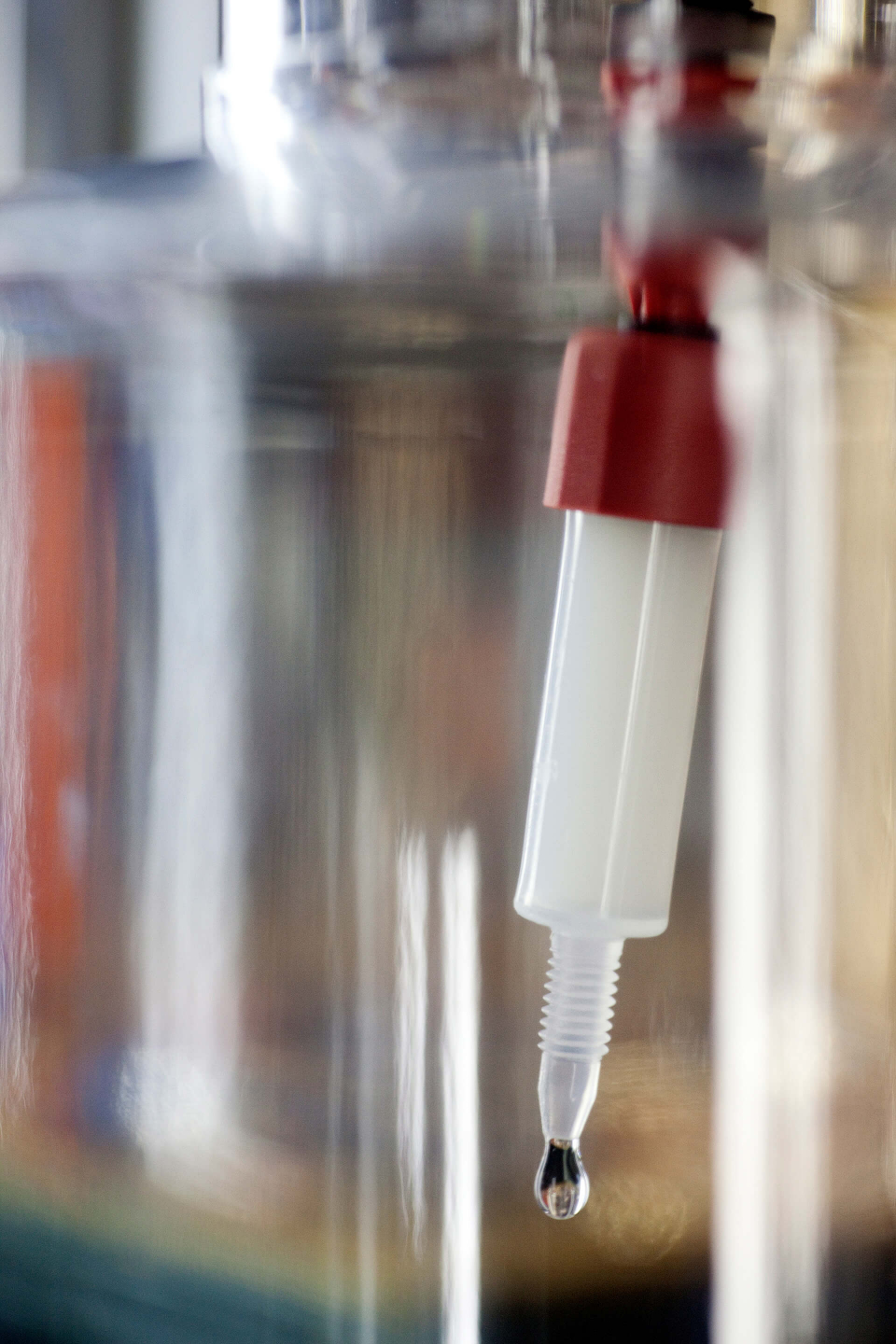 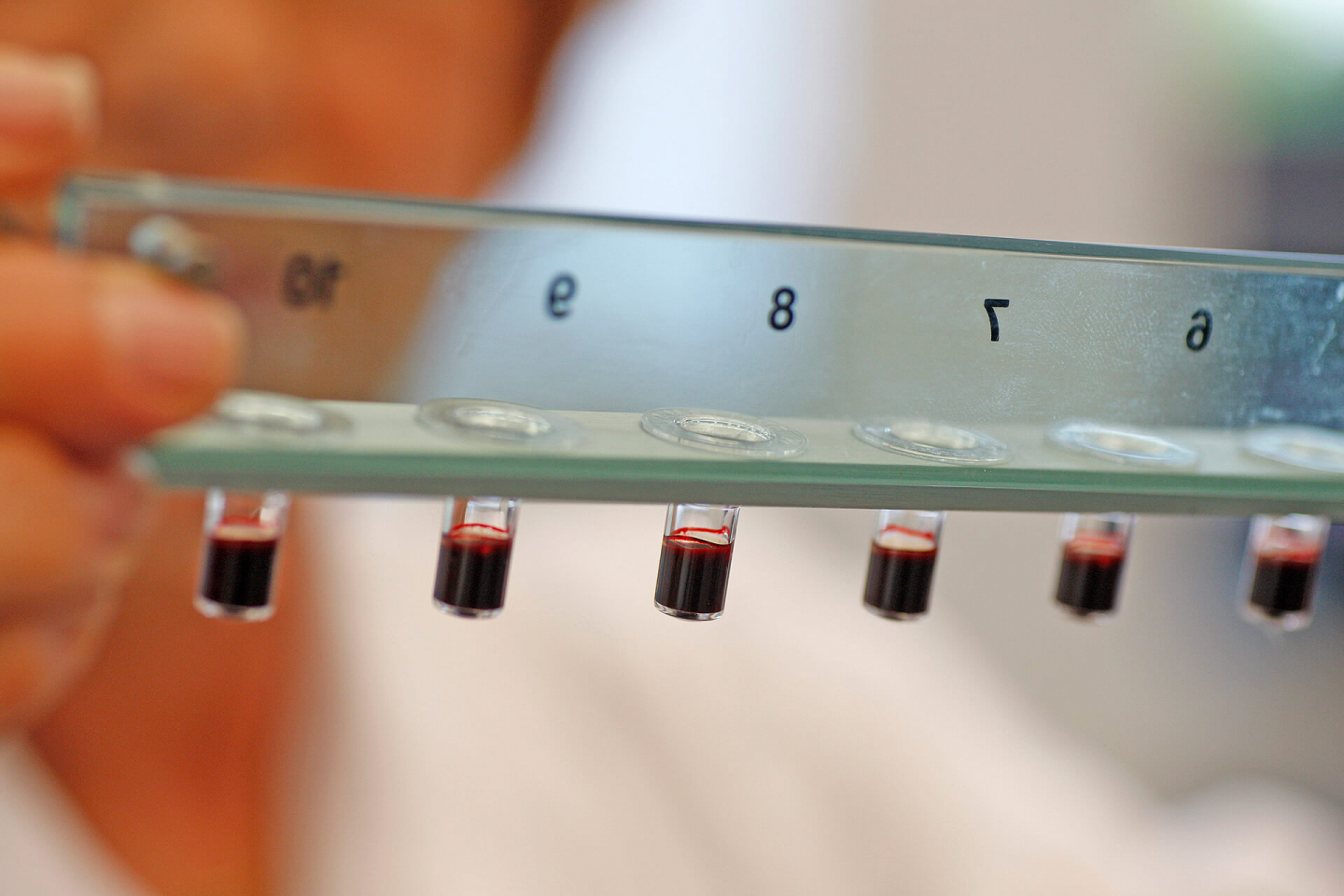 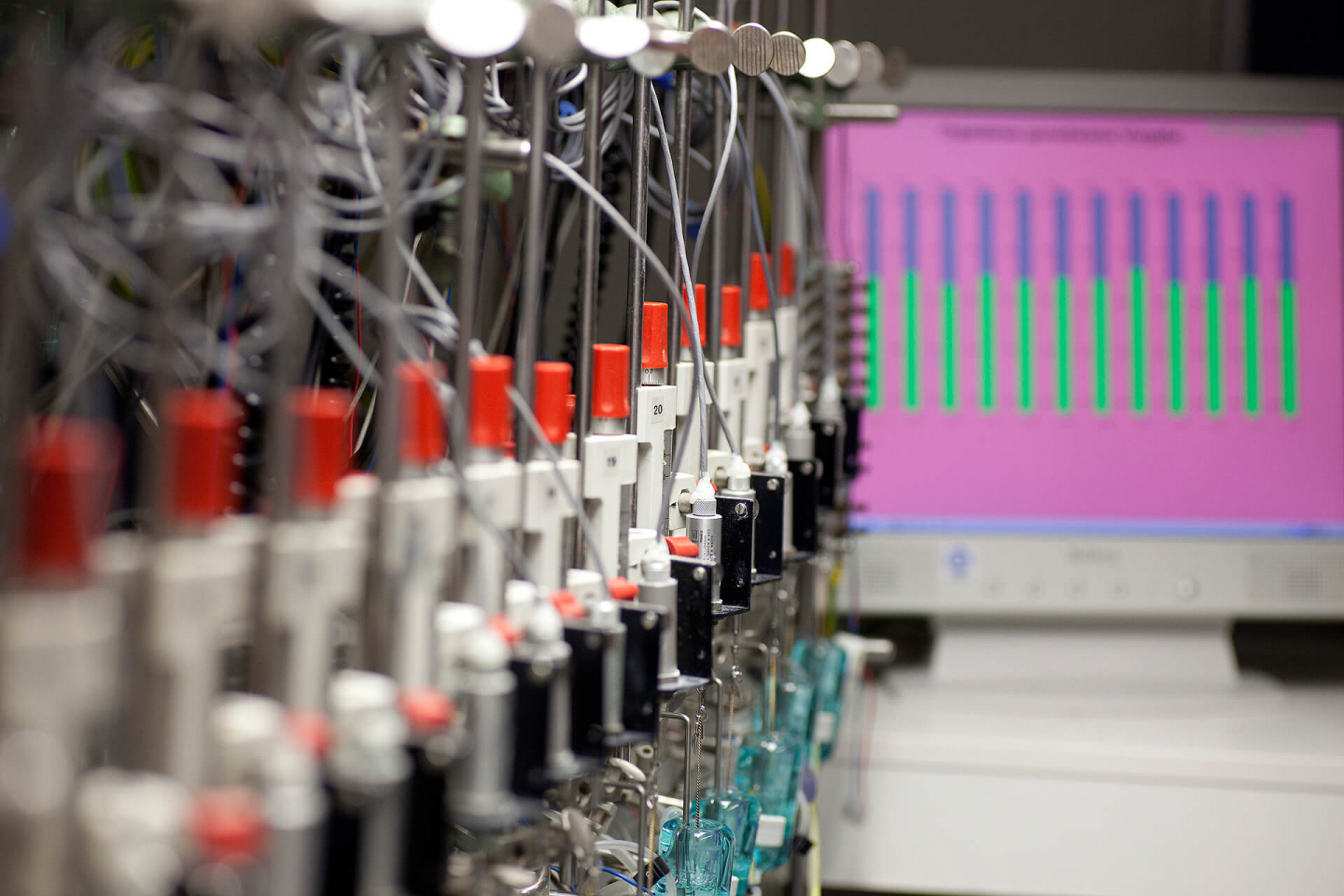 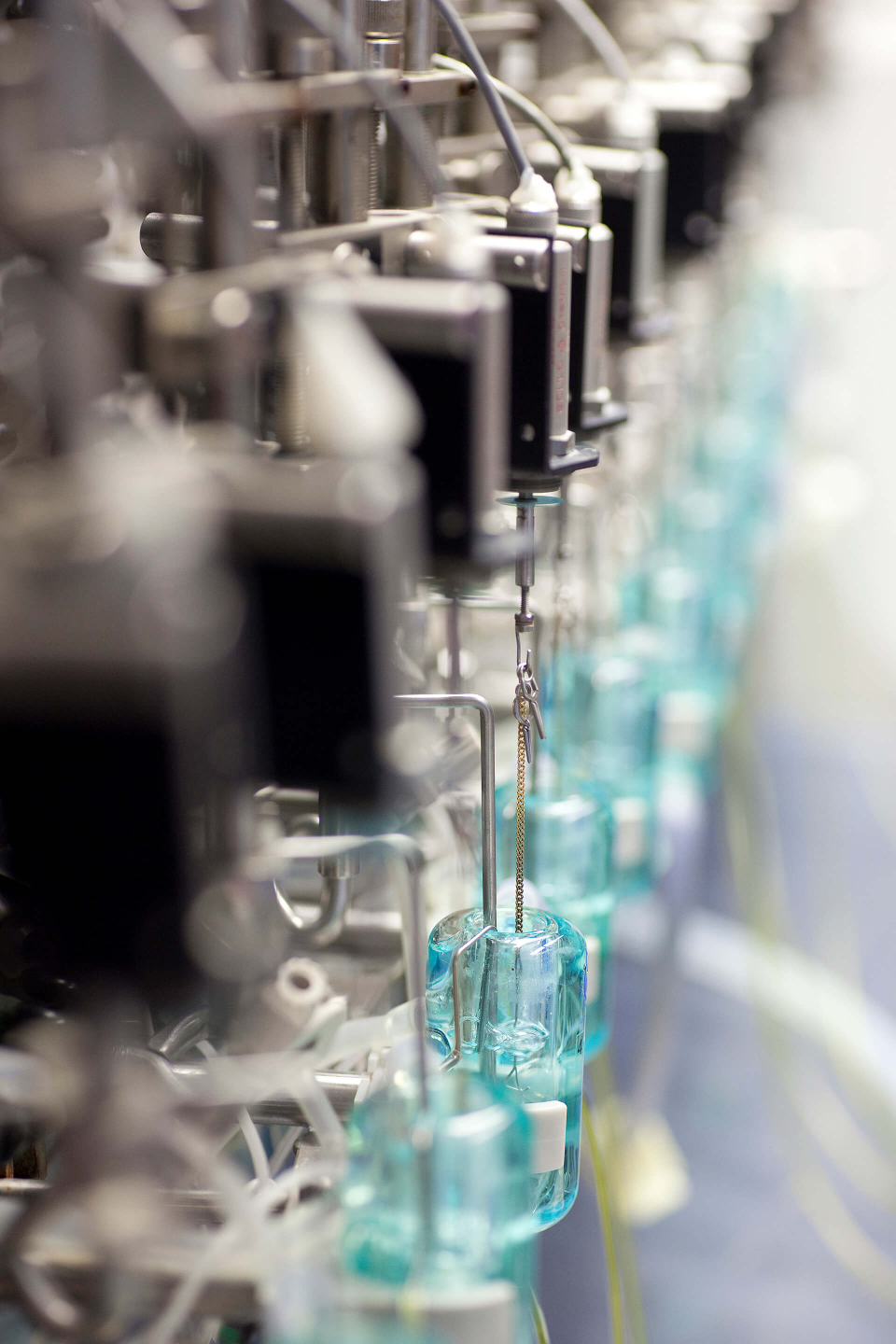 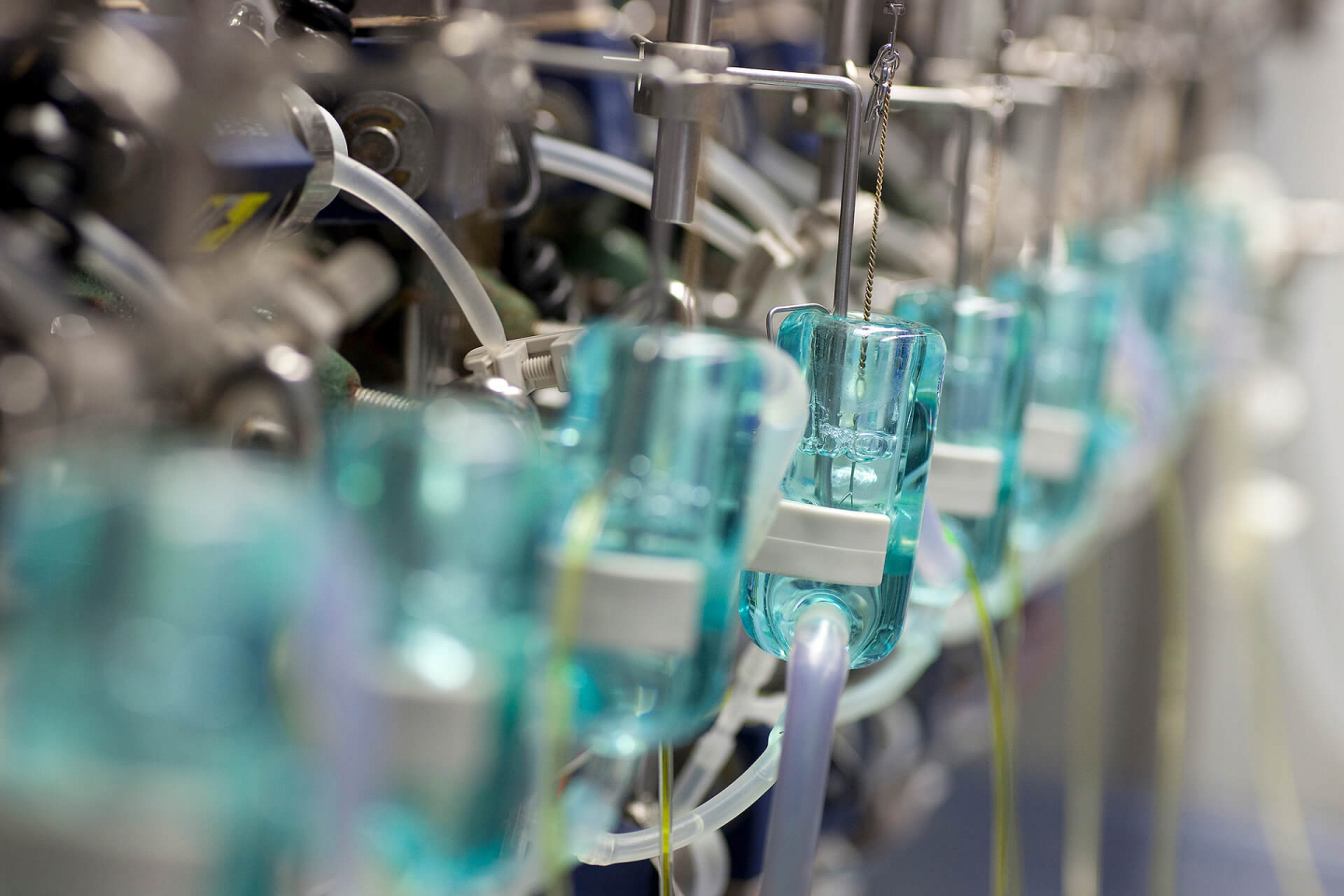 Thromboses are life-threatening conditions affecting millions of people every year – often with fatal results. In the western world, more than twice as many people die from thromboses as breast cancer, prostate cancer, HIV and traffic accidents combined. Doctors and patients alike have been waiting for years for substantial progress in the treatment of this condition. With Xarelto® (active ingredient: Rivaroxaban) from Bayer doctors and patients now have a drug that has an innovative active mechanism and demonstrates superior efficacy in its first approved indication than previous standard treatments in a comparable safety profile.

An ideal anticoagulant should combine the following benefits: good tolerability, reliable efficacy, simple form of administration (if possible orally in a fixed dose) without necessitating regular, sophisticated clotting tests and no interactions with other drugs or foods.

Rivaroxaban can be administered as a single tablet – neither an injection nor regular blood counts are needed. In the recently approved first indication, there is also no need to adjust the dose in regard to age, weight, and sex of the patient. In comparison, several of the products on the market for decades have to be injected (heparins). Others required individual dosing and close monitoring of dose adjustments (vitamin K antagonists, for example, coumarin derivatives) to ensure that the narrow therapeutic window is not exceeded or undercut since this could increase the risk of bleeding or result in a lower rate of protection from blood clots.

Rivaroxaban represents a completely new and innovative approach to preventing venous blood clots: It is the first approved drug in the category of oral, direct Factor Xa inhibitors that directly prevent blot clot from forming. For the first approved indication – the prevention of venous blood clots in adults following elective hip or knee replacement surgery – in clinical studies Rivaroxaban has demonstrated clearly superior efficacy in preventing life-threatening venous blood clots compared to conventional standard treatment – and comparable safety profiles. The studies demonstrated that the new active ingredient was able to lower the risk of venous blood clots by more than 50 percent combined to the standard treatment with enoxaparin (low-molecular-weight heparin, administered subcutaneously). Consequently, Rivaroxaban could change clinical practice and revolutionize the prevention of life-threatening thromboses.

Development of the anticoagulant Rivaroxaban demonstrates how high technology and interdisciplinary cooperation of experienced researchers in chemistry, pharmacology, and pharmacokinetics can and must optimally network to lead to success. It was this approach that allowed Bayer scientists at the Pharmaceutical Research Center in Wuppertal to develop a promising agent with high efficacy, a good safety profile, a wide therapeutic window, and oral availability. In high throughput screening, around 200,000 substances were tested. Around 2,000 compounds were subsequently synthesized in chemical laboratories and their pharmacological as well as pharmacokinetic properties were intensively studied. The scientists made the breakthrough when they succeeded in combining important properties – potency, selectivity, oral bio-availability – of two substance classes in a single molecule.

Coagulation is a physiological process that protects the organism from bleeding to death after an injury. Yet this mechanism also has a flip side. Due to pathological changes or even after major surgeries, blood clots can occur in veins and arteries – with life-threatening consequences.

The process of clotting is a complex response in which a number of inactive precursors of an enzyme (also referred to as factors in the coagulation cascade) are converted sequentially into the active enzyme. The Factor Xa is an ideal point to break the chain since it is involved in the process at a central point: it constitutes the interface between two different coagulation pathways and is activated by both paths. Factor Xa also acts as a multiplier in the process. For example, one molecule of Factor Xa allows 1,000 molecules of thrombin to form.

Thrombin converts fibrinogen into fibrin and thus causes blood clots to form. By inhibiting Factor Xa, Rivaroxaban controls the formation of thrombin without inhibiting its action. However, Rivaroxaban does not completely inhibit Factor Xa so that thrombin can continue to be produced. This is of great importance, particularly for closure of wounds following surgery, for example.

About venous thromboembolisms (VTE)
Blood clots formed at a certain point can detach. They can then be transported by the bloodstream through the body with the result that they can potentially lodge in and block the blood supply to vital organs. Venous thromboembolisms (VTE) include deep vein thrombosis, a blood clot in a deep vein (usually in the leg), and pulmonary embolisms, a blood clot in the lung. Both are serious conditions, wherein pulmonary embolisms are potentially life-threatening. Patients undergoing major orthopedic surgery are at high risk for VTE because during hip or knee replacement implantation the large veins that carry blood back to the heart can be damaged, triggering a coagulation response. The risk of deep vein thrombosis thus increases greatly after surgery. Venous blood clots occur in 40 to 60 percent of all patients who have undergone major orthopedic surgery who did not receive preventive care. Around 450,000 hip replacements and 300,000 knee replacements are performed annually in the five largest EU member states. In total, every year more than 1.5 million patients are affected by blood clots every year in the EU, 544,000 of them will actually die from them.

About Rivaroxaban
Rivaroxaban was invented in the Bayer laboratories in Wuppertal and is being jointly developed by Bayer HealthCare and Johnson & Johnson Pharmaceutical Research & Development, L.L.C. Rivaroxaban is approved under the brand name Xarelto® in the European Union to prevent venous thromboembolisms in adults following elective (planned) hip and knee replacement surgery. Additional approvals for Xarelto® have been granted in a number of other countries, including Australia, China, Canada, Mexico, and Singapore. Xarelto® is currently being sold in more than 40 countries worldwide.

The US approval application (NDA) for Rivaroxaban was submitted by Johnson & Johnson Pharmaceutical Research and Development, L.L.C (J&JPRD) on July 28, 2008 to obtain US marketing authorization for Rivaroxaban as drug for preventing deep vein thrombosis and pulmonary embolisms in patients undergoing hip or knee replacement surgery. In March 2009, an FDA Advisory Committee for cardiovascular and renal drug agreed in a 15 to 2 vote that the available clinical data demonstrated a favorable risk-benefit profile for Rivaroxaban. On May 28, 2009, the US Food and Drug Administration FDA took a position on the registration application for Rivaroxaban in a “Complete Response Letter”.

On the basis of the extensive clinical trial program, Rivaroxaban is currently the most intensively studied oral, direct Factor Xa inhibitor worldwide. More than 65,000 patients are slated to participate in the clinical trials for Rivaroxaban which will study the potential of this preparation in the prevention and treatment of a wide range of acute and chronic thrombo-embolic diseases. These include VTE therapy, preventing stroke in patients with atrial fibrillation, secondary prevention of acute coronary artery syndrome, and VTE prevention in in-patients with internal-medical conditions.

About Bayer HealthCare
Bayer AG is a global research-based and growth-oriented enterprise with core competencies in the areas of healthcare, nutrition, and high-quality materials. Bayer HealthCare, a subsidiary of Bayer AG, is one of the world’s leading innovative companies in healthcare with drugs and medical products.

The right to nominate outstanding achievements for the Deutscher Zukunftspreis is incumbent on leading German institutions in Science and Industry as well as foundations.

The project “Preventing Thrombosis – One Tablet can save Lives“ was nominated by acatech - Deutsche Akademie der Technikwissenschaften (The German Academy of Science and Engineering). 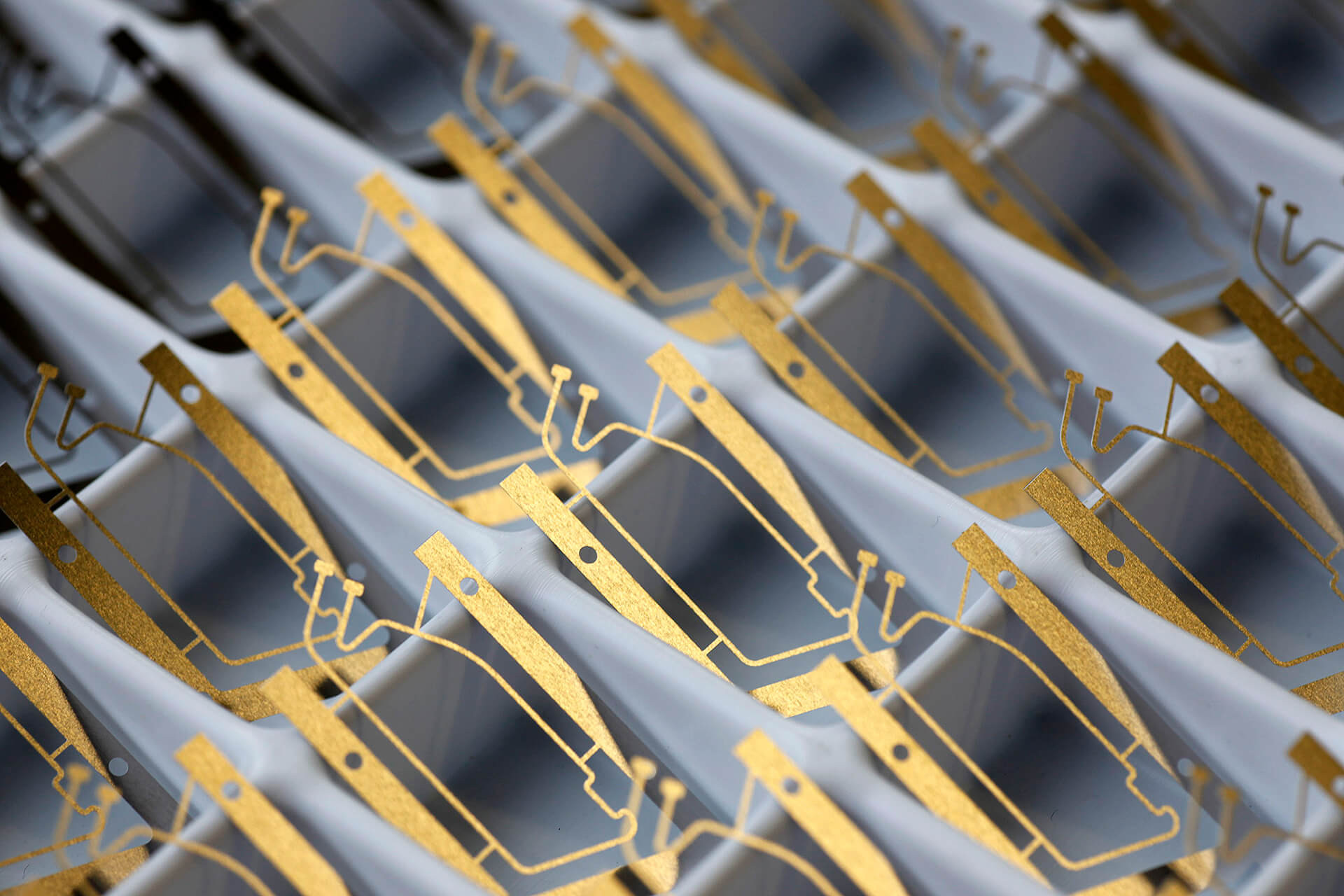